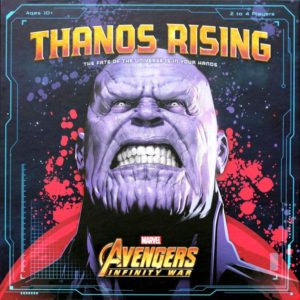 This Thanos Rising review was made after playing the game three times.

What is Thanos Rising?

Thanos Rising is a cooperative dice and card game based on the popular Avengers: Infinity War film. You’ll be attempting to defeat a certain number of villains before Thanos is able to get the six Infinity Stones he needs to power the Infinity Gauntlet.

Thanos Rising was designed by Andrew Wolf and is published by USAopoly. 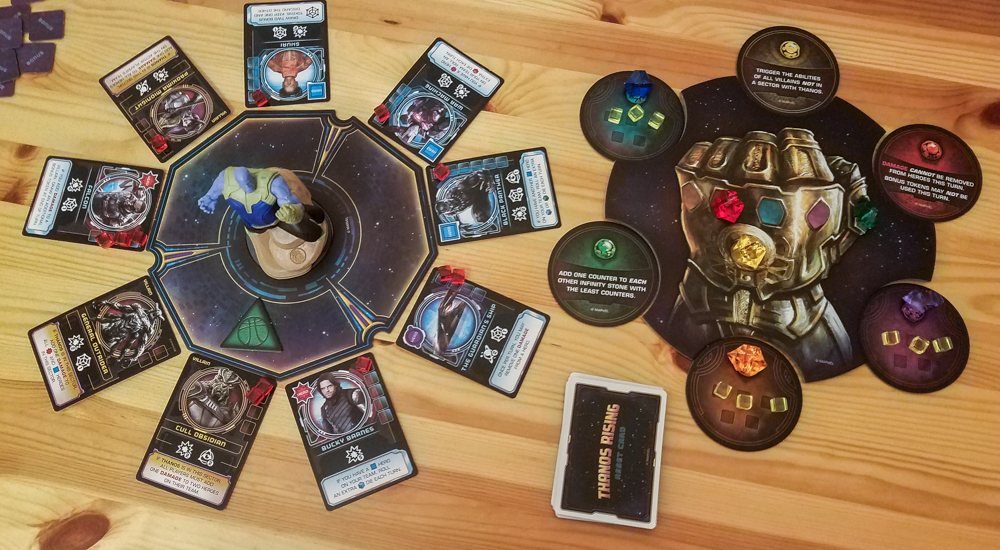 At the start of your turn, you’ll choose which of the three sectors you want your team of heroes to go to. You’ll pick a sector based on the heroes and villains that are there. You might want to go recruit more heroes to get better abilities or you might want to do some damage to one or more of the villains there. 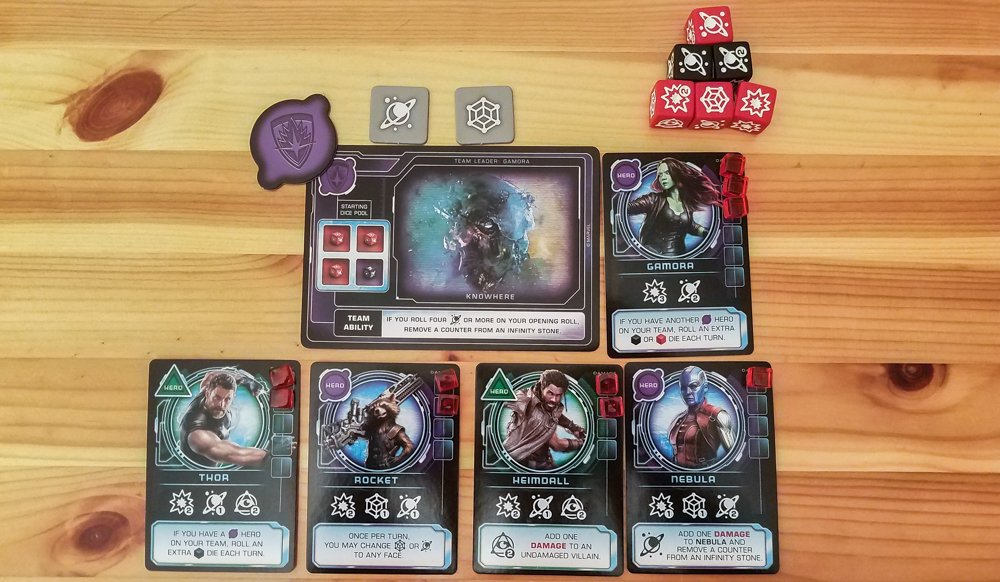 After Thanos is done doing his thing, you’ll roll all of your dice, including any extra dice from other heroes on your team. The game uses a Yahtzee-style mechanic, allowing you to place one or more dice, reroll, place more dice, and so on. There are four different types of dice, each with a different mix of icons on them. You’re trying to match the icons shown on the hero and villain cards in your current sector. If you match all of the icons on a villain card, you’ll add a damage counter to it (or remove it if it’s defeated) and you’ll gain one bonus token. If you match all of a hero’s icons, that hero is added to your team. You might also end up with heroes on your team that have abilities that can be triggered when you assign dice to them.

You can use bonus tokens on anyone’s turn. Most of them have icons on them, but there are also some tokens that remove counters and some that give you extra dice to roll.

You’ll win the game if you’re able to defeat a certain number of villains based on the difficulty level you chose. You’ll lose if 10+ heroes are defeated, if one team has no heroes at the end of a turn, or if Thanos gets all six Infinity Stones. 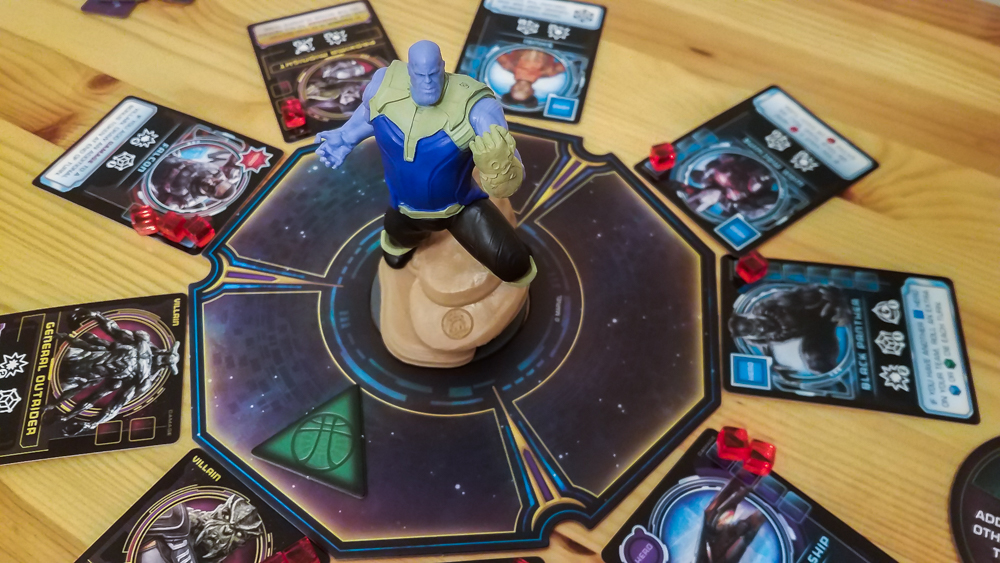 Thanos Rising has not been a big hit for my group because we found that there’s just a bit too much randomness for it to be a consistently fun experience. No one outright disliked it, though. I’d personally rather play Elder Sign or Hotshots if I wanted to play a thematic, Yahtzee-style cooperative game.

I do think Thanos Rising could be a huge hit as a family game or as a gateway game for fans of the Marvel universe. I especially think families with younger kids will have a blast playing it because they won’t care about the randomness or that some of heroes share powers. They’ll just be excited to be able to put Thor, Iron Man, Groot, and other heroes on their teams while they try to take down Thanos.

Update: I enjoyed SpongeBob SquarePants: Plankton Rising, a game that uses the same core system, quite a bit more than Thanos Rising.

Thanks for taking the time to read our Thanos Rising review! To stay updated on all things cooperative board games, follow us on Twitter, Facebook, or via RSS.