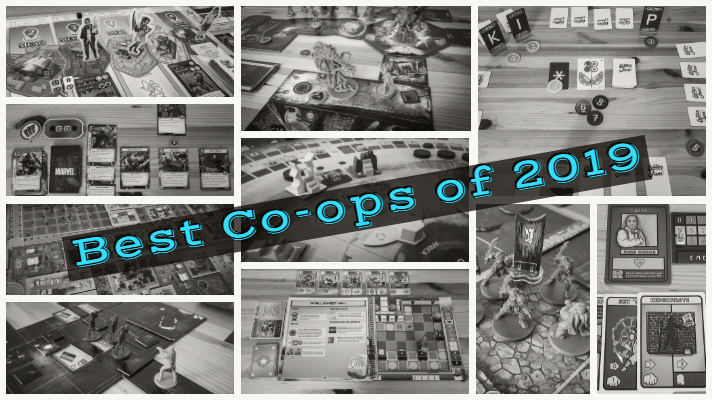 2019 was another good year for cooperative board games! I think there were more solid co-ops than ever before, but not quite as many huge hits as I was hoping for. Still, I’d say the best of the best were right there with the best cooperative games of 2018 and, from what I’ve seen, 2020 is going to be even better.

I changed up how I played co-ops in 2019. Rather than trying to play every game with every person in my group(s), we now split up and everyone plays the games they’re actually interested in. This has helped us to get more games played and no one has had to sit through multiple sessions of games they don’t enjoy. So, because of that, this list and the future rankings you’ll find on this site will be my personal Top 10s, but I’ll still get some help to break ties whenever I rate two or more games closely (this happens a lot).

I have not played every cooperative board game that came out in 2019, but I have played just about every one that I wanted to play. If I end up playing a 2019 release and it outranks any game on this list, I’ll update the list. 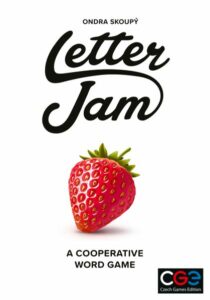 At this point I have definitely played Letter Jam more than any of the other games on this list. What makes Letter Jam a unique (and challenging) word game is that no one can see their own letters, so you have to figure out ways to use enough letters in your word clues to help out your teammates.

Letter Jam is a really fun word game that I can break out with any crowd and know that we’ll have a good time.

Get your copy of Letter Jam 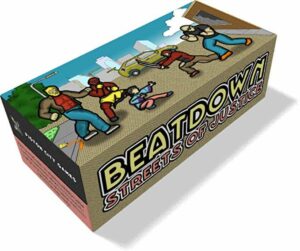 Beatdown: Streets of Justice is a relatively unknown fighting game with a great push-your-luck combat mechanism. It’s gone over well with everyone I’ve shown it to because it’s simple to play and there’s a great amount of tension as you attempt to pull off the most powerful combos that you can. It’s a really cool card and dice game that definitely surpassed my expectations.

I recommend Beatdown to anyone who is a fan of old beat ’em up video games, though I think most co-op fans will get a kick out of it.

Get your copy of Beatdown: Streets of Justice 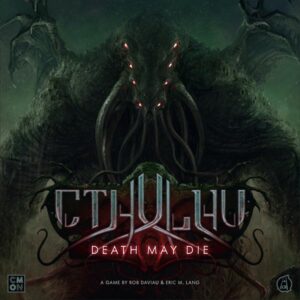 If I liked the Cthulhu theme more than I do, Cthulhu: Death May Die would be even higher on this list. Still, I obviously am a big fan of the game considering it made it onto the list over a bunch of other solid 2019 co-ops.

Cthulhu: Death May Die looks like a big complicated game, but it’s really not. It actually plays smoother than most. It’s easy to learn how to play, it has a great look to it (the miniatures are awesome), and each Elder One-episode combination makes for a different puzzle that you have to solve.

Get your copy of Cthulhu: Death May Die 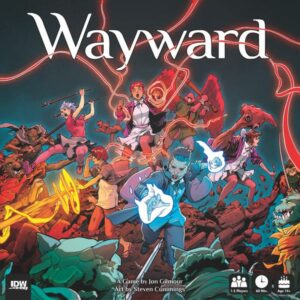 There is so much that I like about Wayward. It has a bunch of different bosses that completely change how you approach the game, each hero feels different thanks to their abilities and skill tracks, and it has one of my favorite start-of-turn mechanisms.

I’m guessing most people have never heard of this game considering it currently only has 15 ratings over at BGG. It could be because it’s based on a comic book series that a lot of gamers haven’t read or because it was a Barnes & Noble exclusive. Either way, that’s a shame because Wayward is a fantastic cooperative board game.

Get your copy of Wayward

If you enjoy city building games and you like the idea of playing one cooperatively, Cities: Skylines – The Board Game is the game to get right now. It’s a ton of fun attempting to construct the different buildings in your city while trying to complete milestones. It’s all about keeping your citizens happy, which is not easy.

Cities: Skylines is a unique experience and, if you end up enjoying it, it’s one that you’ll want to get right back to the table so you can beat your top scores.

Get your copy of Cities: Skylines

5. The Lord of the Rings: Journeys in Middle-earth 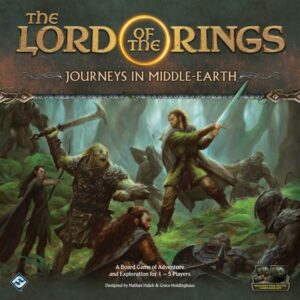 The Lord of the Rings: Journeys in Middle-earth is an excellent adventure game and it has one of the coolest action/test mechanisms that I’ve seen in a while. A lot of the game takes place in the app, which initially made me nervous, but the app is really just there to move the story along and to take care of the bookkeeping for you.

If you’re a fan of The Lord of the Rings and you like campaign games, there’s a good chance that you’ll be a fan of this one.

Read our The Lord of the Rings: Journeys in Middle-earth review

Get your copy of The Lord of the Rings: Journeys in Middle-earth 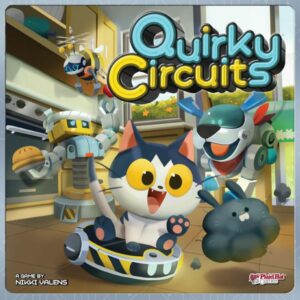 To me, Quirky Circuits is easily the top family co-op of 2019. Your job in this game is to move robots around the board using command cards, but you can’t talk about the cards you’re playing and you have a limited amount of time to complete your tasks. It’s simple to learn, it’s tense, and most of the scenarios are challenging.

Quirky Circuits is a great blend of limited communication and programming, and it’s just a blast to play with any group.

Get your copy of Quirky Circuits 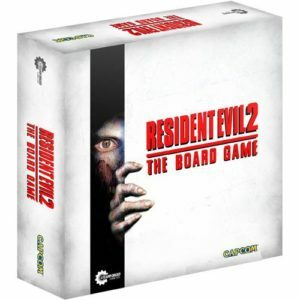 I’m a huge fan of survival games and stealth games, and Resident Evil 2: The Board Game does the job of keeping the tension level high throughout as you sneak around and attempt to complete objectives. Its campaign is excellent – you’re basically playing through the same story you find in the video game – but it also has rules to play each scenario as a one-off game.

The only thing that keeps Resident Evil 2 from being the top cooperative game of the year for me is the component quality, especially those dark tiles. Still, I highly recommend it if you like the theme.

Get your copy of Resident Evil 2

CO₂: Second Chance is easily the most complex cooperative game that I played in 2019, but it’s so worth it to take the time to learn it. In this game you run energy companies and you spend four decades attempting to complete goals and keep the world’s pollution levels down. It’s a unique cooperative theme (there’s also a semi-cooperative mode) and I have a blast attempting to work out the puzzle every time it hits the table.

CO₂: Second Chance is the only 2019 release that everyone in my group put high up on their personal Top 10 lists.

Get your copy of CO₂: Second Chance 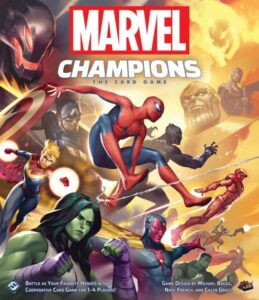 The more I play Marvel Champions: The Card Game, the more I like it. It’s surprisingly simple to set up the hero and villain decks, being able to strategically switch between hero and alter-ego forms brings something new to this type of game, and it’s just a blast trying to work together to take down the enemies.

Unlike Fantasy Flight’s other Living Card Games, The Lord of the Rings LCG and Arkham Horror LCG, you get plenty of replay value in Marvel Champions’ core box. It’s also designed in a way that lets you pick and choose which expansions you want to add in, which is a great way of doing it.

It’s hard to imagine any Marvel fan disliking Marvel Champions. It’s my game of the year and two other people in my group also have it at #1 on their lists.

Get your copy of Marvel Champions

What are some of your favorite cooperative board games of 2019? Any that weren’t included on this list?

Eight Epics Review
Escape the Dark Castle Review
Top 10 Cooperative Board Games of 2020
Professor Evil and The Citadel of Time Review
Follow us: