Skip to content
Co-op Board GamesReviewsLegends of Andor Review 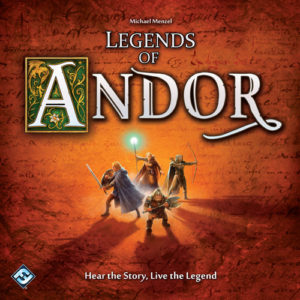 This Legends of Andor review was made after playing the game six times.

What is Legends of Andor?

Legends of Andor, also known as Die Legenden von Andor, is a fantasy co-op board game. The kingdom of Andor is under attack and your group of heroes is the only defense against the oncoming horde. Throughout every game of Legends of Andor, you’ll be adventuring, slaying monsters, and attempting to protect your kingdom.

Legends of Andor was designed by Michael Menzel and is published by KOSMOS Games. 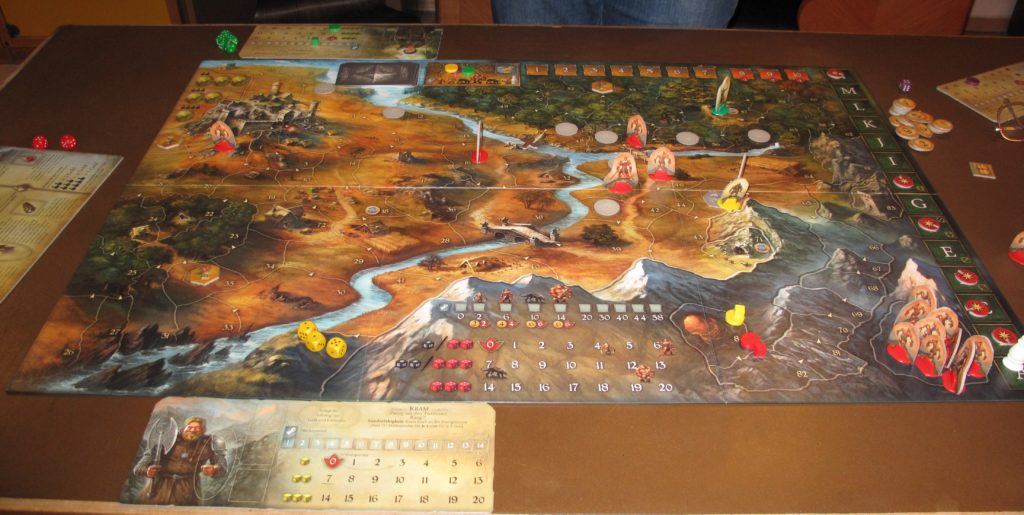 Legends of Andor comes with five different campaigns (Legends) to choose from, each with its own storyline and slightly different gameplay. Each Legend has its own deck of cards and each can be made more difficult with different cards and/or by shortening the time track. The first Legend is a tutorial that was designed to walk players through the mechanics of the game.

The choice of characters is relatively standard for a fantasy setting with the player’s choice of archer, dwarf, wizard, or warrior. Each character has his or her own abilities and plays a bit differently than the others. Each hero can be customized with equipment and special skills that you pick up while out on your campaign.

During the game, heroes will take turns moving around Andor and taking actions. Along the way, they will reveal fog tokens, gain willpower (health), gain money, buy equipment, fight monsters, and more. After the heroes have taken their turns, an event card will be revealed and then the monsters will move around the board.

The overall goal is to complete the tasks for each Legend without allowing the monsters to overtake the castle. If the monsters make it to the castle a certain number of times, the kingdom falls and the heroes lose. You also lose if you fail any tasks before time runs out.

Obviously that is a very brief overview of how the game works. To learn more about how the game plays, check out the official Legends of Andor rulebook (PDF).

If you are a fan of fantasy and adventure games, chances are you will enjoy Legends of Andor. It has a fantastic look to it, the Legends are challenging, and it does a great job of making each player feel like an important part of the team. The players who may not be as interested in this one would be those who are looking for more in-depth battles or a bit more randomness in their board games.

Legends of Andor is one of my group’s favorite cooperative board games. It is a unique co-op experience that combines solid puzzly gameplay and excellent storytelling. There may be similar fantasy themes out there, but there really aren’t any other games like Legends of Andor.

Update: Legends of Andor was added to our top adventure board games list!

Thanks for taking the time to read our Legends of Andor review! To stay updated on all things cooperative board games, follow us on Twitter, Facebook, or via RSS.