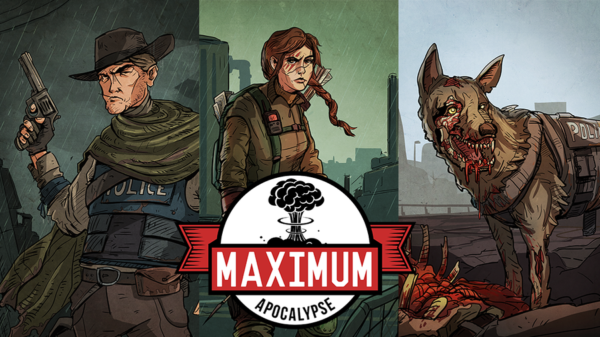 This Maximum Apocalypse review was made after playing the game seven times.

What is Maximum Apocalypse?

Maximum Apocalypse is a cooperative post-apocalyptic survival game all about completing missions while also dealing with different types of monsters that show up. The game was designed by Mike Gnade and is published by Rock Manor Games. 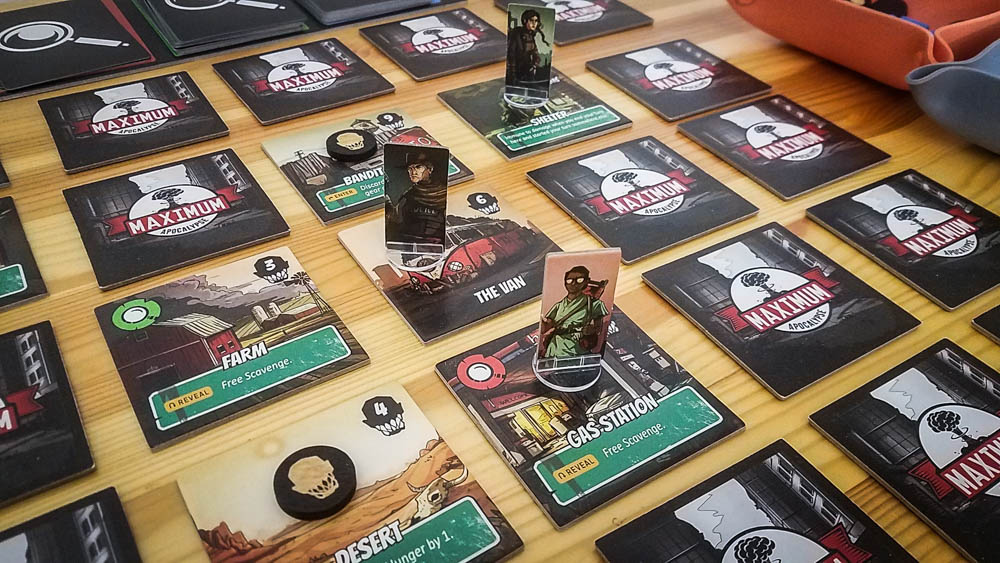 To set up a game of Maximum Apocalypse, you’ll choose one of the 12 missions and then gather the map tiles and scavenge cards shown on the mission card. The map tiles are randomly laid out face-down, and you can build the map however you want to. Each mission card also has an icon showing the type of monsters that you’ll be facing (aliens, robots, zombies, or mutants in the base game).

Each player gets a survivor and that survivor’s deck of cards. Your deck will contain cards that are unique to your character, such as the fireman’s ladder, helmet, oxygen tank, and his super-powerful axe. Some cards are Instant Actions, which are played and then discarded, and others are Gear cards that are placed on the table and can be used later for their actions.

Your mission will be to complete an objective, such as collecting zombie samples or gathering supplies and taking them to your shelter. Often you’ll be scavenging for the supplies you need and then rushing back to your van.

There are three scavenge decks that you’ll need to create before you start playing. The red deck will always have the most fuel and medicine, the green deck will have the most food, and the blue deck will have a lot of ammo and other useful items. When you scavenge during the game, you’ll draw a scavenge card from the deck matching the color of your current location; for example, you’ll draw from the red deck when at the gas station and you’ll know that you’ll have a good chance to draw some fuel. 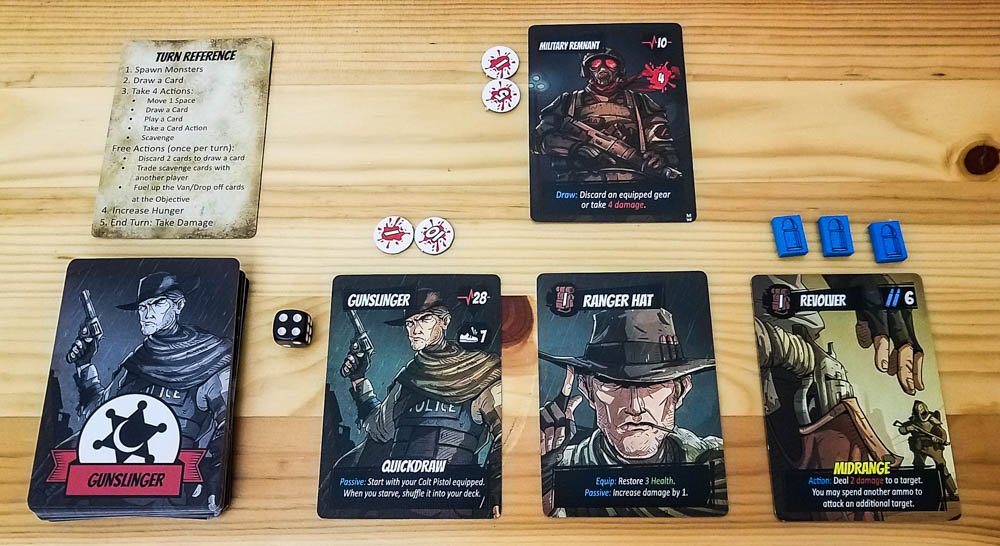 Your survivor will die if they run out of health or if you run out of cards in your deck. You’ll lose if every survivor dies.

You’ll win the game if you complete the mission’s objective. You’ll usually also have to collect a certain amount of fuel and make it back to your van.

I love survival games and Maximum Apocalypse is one of the best ones I’ve played. So far I’ve played four memorable games that went down to the wire, two really good games, and one dud. That’s pretty good considering that most of the co-ops I’ve played recently haven’t given me a single classic/epic experience.

If you like the post-apocalyptic theme and you prefer co-ops with a ton of player interaction, chances are you’ll have a good time with Maximum Apocalypse. It looks great on the table, most of the missions are a lot of fun to play through, all of the survivors are fun to play, and it has plenty of replay value. This one’s definitely a keeper.

Update: Maximum Apocalypse is now on the Top 40 Cooperative Board Games list!

Thanks for taking the time to read our Maximum Apocalypse review! To stay updated on all things cooperative board games, follow us on Twitter, Facebook, or via RSS.