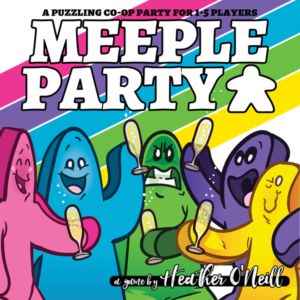 This Meeple Party review was made after playing the game six times. We were sent a copy of this game by the publisher in exchange for an honest review.

What is Meeple Party?

Meeple Party is a cooperative puzzle game in which you need to take a certain amount of pictures at your house party before you and your roommates get too stressed out. The game was designed by Heather O’Neill and is published by 9th Level Games. 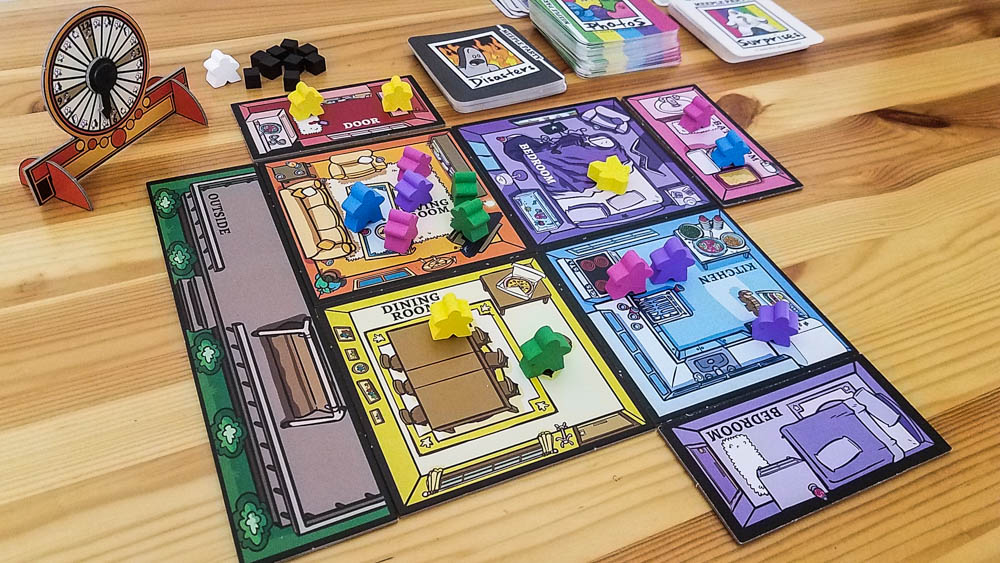 To begin a game of Meeple Party, everyone will get their own roommate meeple, a player board, two Photo Opportunity cards, and possibly a Disaster card (depending on the difficulty level). Then you’ll create your house with the room tiles, put all five of the roommate meeples in the house (regardless of player count), and you’re ready to go!

Your goal is to take a certain number of photos before all of the player-controlled roommates get three stress tokens apiece. For example, in the medium-length “Serious” party, you have to collectively take 18 photos.

There are six phases to each turn in Meeple Party:

You’ll win the game if your group is able to take the specified number of photos. You’ll lose if at any point every player has three stress tokens.

The game also includes two “Challenge” variants that change things up a bit, and “Party Upgrades” that allow you to add new items and/or pets to the party.

For more info on how the game plays, check out the Meeple Party rulebook (PDF). 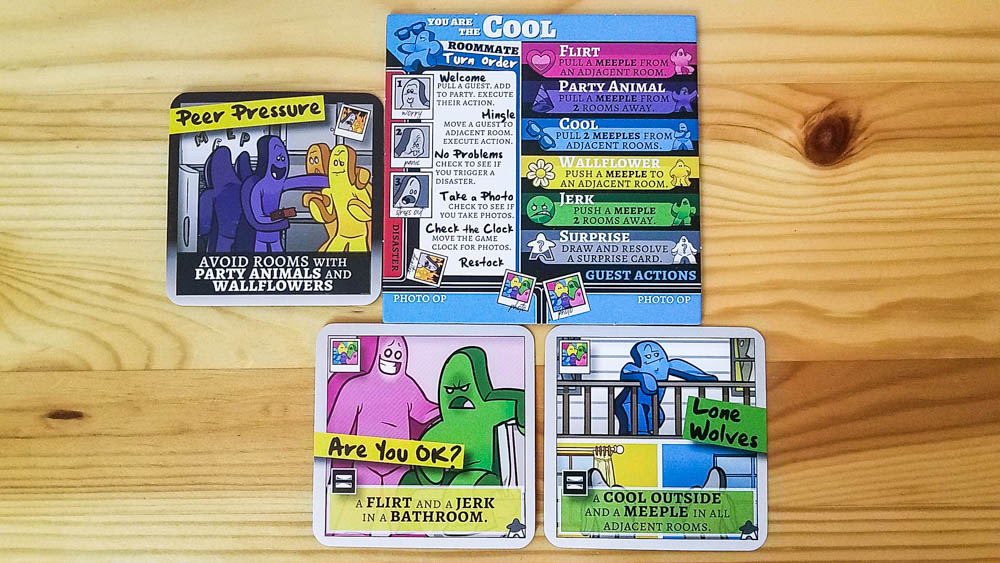 Check out more of our puzzle-solving game reviews!

Everyone in my group has enjoyed Meeple Party so far. We’ve role-played it a bit – my flirt roommate was Joey from Friends in one game – which has made all of our games entertaining regardless of how they played out. It’s kind of like playing through a different college party movie every time it hits the table. I have to give the designer a lot of credit for making a game that has kept my group fully immersed throughout multiple play sessions since that doesn’t seem to happen very often.

If you like this theme and you enjoy puzzle-solving cooperative games, chances are you’ll have a great time playing Meeple Party.

Thanks for taking the time to read our Meeple Party review! To stay updated on all things cooperative board games, follow us on Twitter, Facebook, or via RSS.