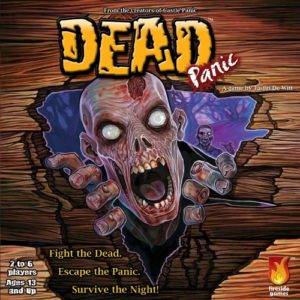 This Dead Panic review is based on a total of six games played.

What is Dead Panic?

Dead Panic is a survival game in which you’re trying to search a cabin for weapons, fight zombies, and hopefully call for help before everyone dies! This game can become a semi-cooperative game since players can become zombies themselves if they’re killed.

Dead Panic was designed by Justin De Witt and published by Fireside Games. 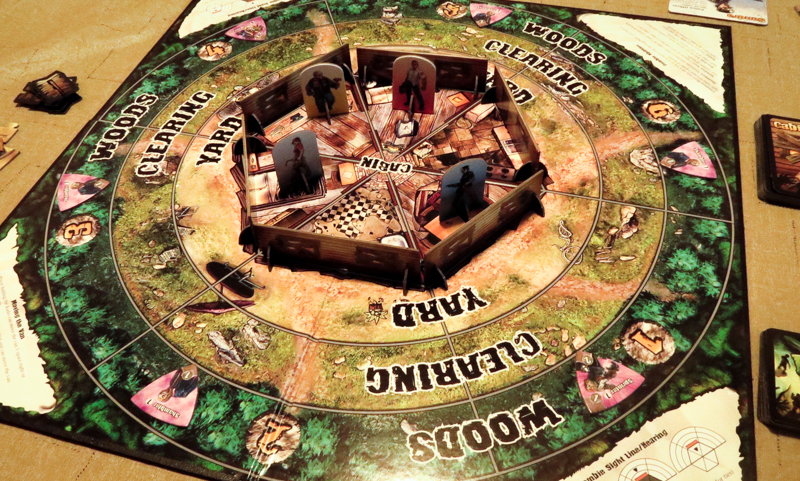 One of the biggest differences between Dead Panic and Castle Panic is that you get to have your own character in this version of the game. Each character has his or her own character board and a standee that you will be moving around the board.

By default, every player gets two actions on their turn. These actions include moving, drawing cabin cards (guns and other items) from inside the cabin, sharing cards, and fighting zombies.

Players can shoot zombies from multiple ranges or use melee weapons in hand-to-hand combat. Guns have range and damage attributes on them, while melee weapons only tell you how much damage they do.

When fighting with melee weapons, you will roll two dice and try to exceed the zombie’s fight value. If you win, the zombie will lose one or more health points. If you lose, you either have to discard your melee weapon or take an injury.

After all of the players have taken their actions, an event card is drawn. These cards tell you how many more zombies show up that round and if any other bad things happen.

After that, the zombies move. They will either move closer to the cabin or they will move towards a character that they can see. Their line of site is everything in their arc and the arcs on the left and right sides of them. They can crack the cabin’s walls the first time they run into them and destroy them the second time they’re hit. 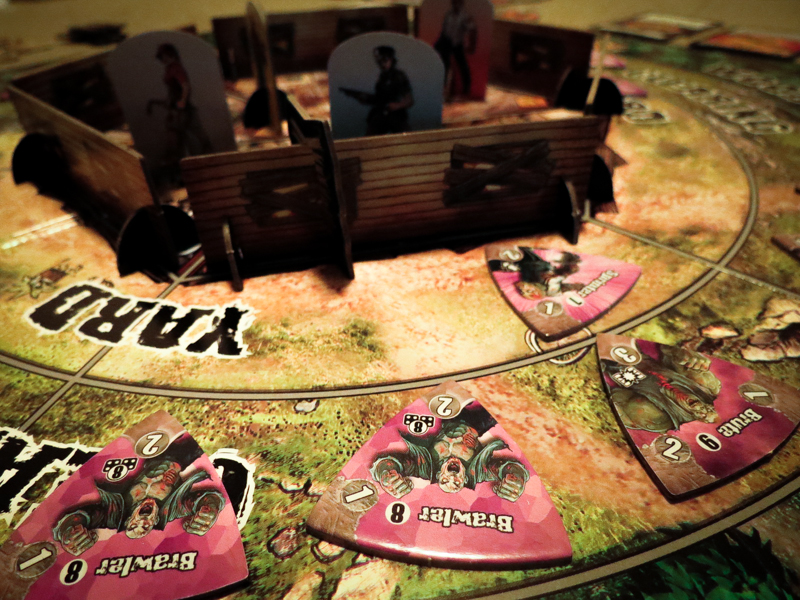 There are three survivors in the monster bag. Each one is holding a third of the radio you’ll need to escape. They’re good guys at first, but once they take enough damage from the zombies, they become zombies themselves! They will either drop the radio parts where they’re killed or when they reach the cabin. You need to grab those three radio parts, put them together, and then use the radio to call the rescue van.

If you ever take a third injury, your character will become a zombie and your job is now to stop the other players from winning. You will replace your character’s standee with his or her zombie token and you’ll flip your player board to the zombie side. This gives you new abilities that you can use while going up against the other players.

To win, you and your team need to put the radio together, call the van, and then make it out to the van. You’ll lose if every character is turned into a zombie.

That’s just a basic overview of how to play Dead Panic. If you want to learn more, check out the official Dead Panic rulebook (PDF). 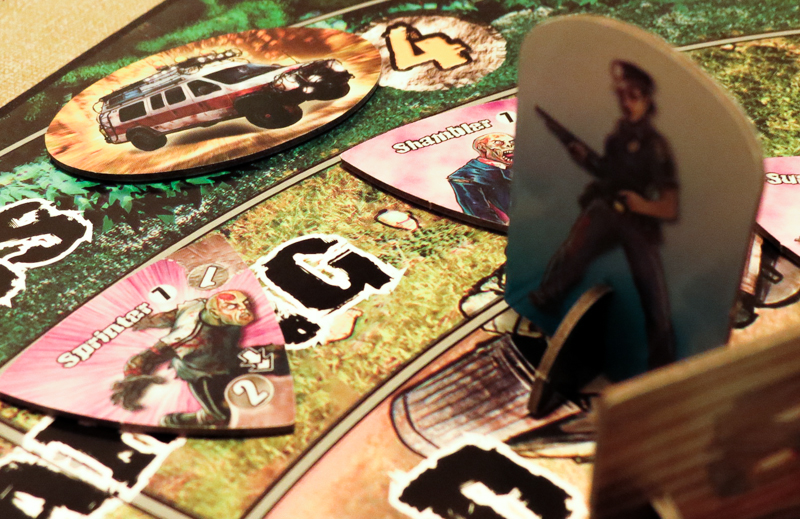 Check out Dead Panic at Amazon

I wouldn’t necessarily play Dead Panic over other zombie games like Dead of Winter and Zombicide, but it is a good co-op/semi co-op game. There’s a pretty good flow to it once you understand all of the rules, and it works quite well as a family game if you have older kids.

I’d still recommend Castle Panic over Dead Panic as a family game, which shouldn’t come as a surprise considering Castle Panic is one of our top 10 family games. But if you’re looking for a different take on the zombie genre or you just want a challenging family game that plays sort of like Castle Panic, definitely check this one out.

Thanks for taking the time to read our Dead Panic review! To stay updated on all things cooperative board games, follow us on Twitter, Facebook, or via RSS.