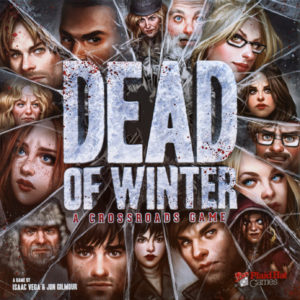 This Dead of Winter board game review was made after playing the game seven times.

What is Dead of Winter?

Dead of Winter: A Crossroads Game is a semi-cooperative board game designed by Jon Gilmour and Issac Vega, produced by Plaid Hat Games.  The game takes the players into a colony of survivors in the midst of a zombie apocalypse. Within the colony, each player will lead their own group of survivors. Although each player has their own set of personal struggles, it is still important for players to work together for the good of the colony as a whole. 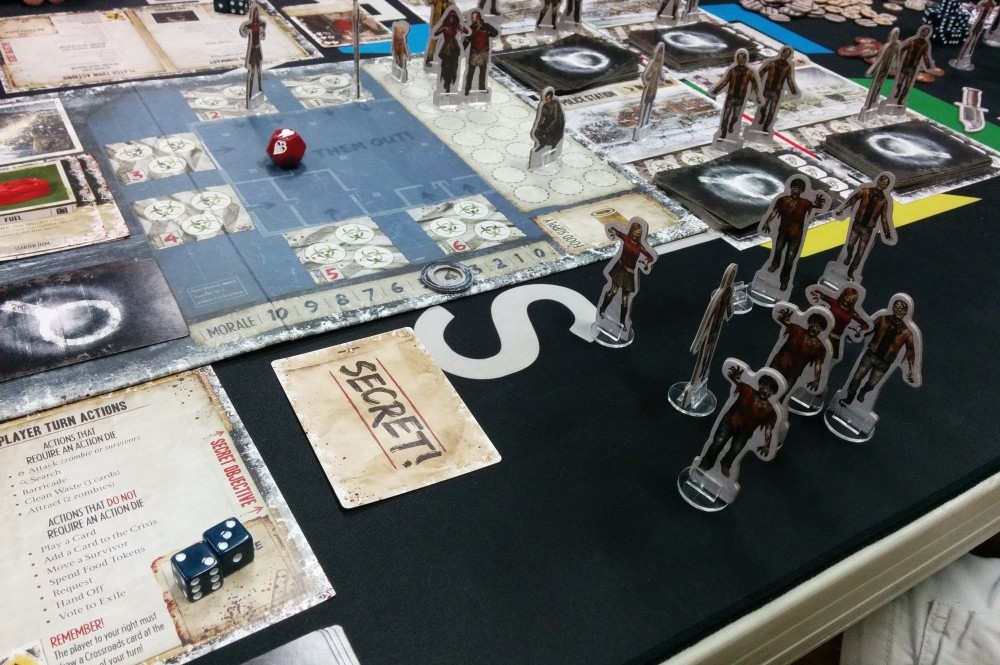 Dead of Winter is a cooperative board game, but it also allows each player to have their own secret objectives, which they are not to show other players. There is a chance that someone can get a betrayal card, which means that their objective is to make the group fail, among other things. Each player receives dice and a player board (this details the actions they are able to take).

Every game round includes a Player Turns Phase and then a Colony Phase. To start, the first player will pick a Crisis card that will have to be dealt with by the end of the round. A person to the right of the first player also picks up a card from the Crossroads deck, which they read secretly and they act upon it if it fits with a situation that is occurring on the board during that turn. The player can then take his or her turn and can either use the action dice to kill zombies and/or to search locations, or they can use their cards to help/hurt the group.

There is also a twelve-sided exposure die that is used when you move to a new location and when you kill zombies. This die can lead to you getting wounds, getting frostbite, or just straight-up dying on the spot via the “bitten” logo. When a player is bitten, the virus spreads to other players in the same location. This can lead to a bunch of deaths in a single turn.

Even though it’s a cooperative game, individual players in Dead of Winter cannot win if they have not completed their secret objectives. The whole colony (other than betrayers) loses if the morale or round markers ever reach zero before the main objective is completed.

If you want to see a complete list of all of the Dead of Winter rules, take a look at the official rulebook (PDF).

It is not surprising at all to see that just about every Dead of Winter board game review has been positive and that it received the Golden Geek Best Innovation Board Game in 2014. It truly makes you feel like you are going through a zombie apocalypse and must work hard to hurdle all of the obstacles it throws at you.

It doesn’t matter if you are a fan of the zombie genre or not, chances are you are going to enjoy Dead of Winter if you like tense cooperative board games. There are other games that are kind of similar to Dead of Winter, but this is my group’s favorite zombie board game right now.

Thanks for taking the time to read our Dead of Winter review! To stay updated on all things cooperative board games, follow us on Twitter, Facebook, or via RSS.