Skip to content
Co-op Board GamesReviewsZombicide Base Game Review 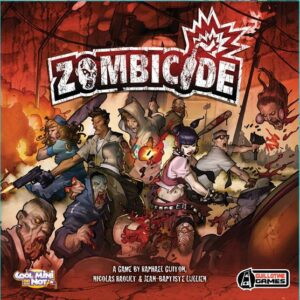 This Zombicide review was made after playing the game eight times.

Zombicide is a cooperative survival game in which you’re attempting to use your survivors’ abilities to deal with hordes of undead.

Zombicide was designed by Raphaël Guiton, Jean-Baptiste Lullien, and Nicolas Raoult, and it is published by CMON. 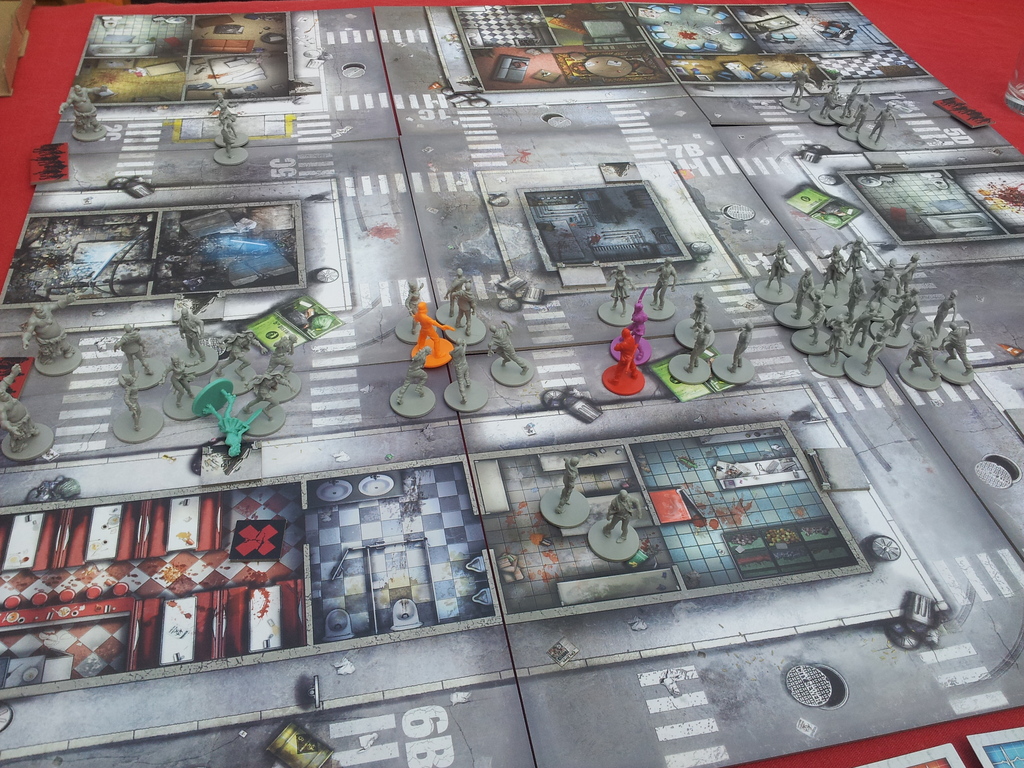 Zombicide is a co-op board game that has players take on the roles of survivors. Each survivor has a different set of skills that can be used to defeat the the zombies. Working together to stop the undead is the only way to win.

You can play ten different scenarios on different maps in Zombicide, and more can be found both online and in the game’s expansions. Every Zombicide campaign is a little bit different than the others.

Each of the Zombicide characters has a unique set of skills that can help them and their teammates survive. The first player may play up to three actions during the course of a turn, and it will increase to four actions later in the game. They can choose to move, search, open a door, combat or take an objective.

Once all the players have had their turn, it’s the zombies’ turn. Any zombie on the board will either move or activate. If they move into a zone where there is a survivor, they bite them. The wounded survivor then takes a wound card and loses an item. If the survivor gets two wound cards, they die. The zombies also draw a spawn card, and each spawn zone will spawn zombies based on the number on the card drawn.

You’ll win if you can complete the objective of the scenario you’re playing.

The few issues I have with Zombicide are small in comparison to the overall gaming experience, which is fantastic…. and I’m not even a big fan of the zombie genre. Most of the scenarios that my group has played so far were a ton of fun and different than the others, so I can definitely see why it is the most popular zombie board game in the world right now.

Fans of The Walking Dead, Z Nation, Left 4 Dead, or zombies in general will probably love Zombicide. Heck, even people who just like unique cooperative board games will get a kick out of this one (as long as they don’t hate the zombie theme). Be patient with the Zombicide rulebook when you first start out and you will probably find it to be a really great game that has a huge amount of replay value.

Update in 2019: I pretty much lost all interest in zombies a couple years ago, which is why Zombicide (plus the highly-rated Black Plague and other Zombicide games) no longer shows up on the Best Cooperative Board Games list. Still, it is worth checking out if you like the theme and games that let you go up against hordes of monsters.

Thanks for taking the time to read our Zombicide base game review! To stay updated on all things cooperative board games, follow us on Twitter, Facebook, or via RSS.