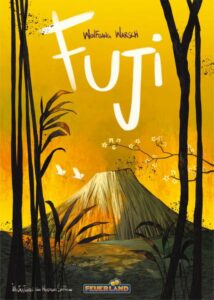 This Fuji review was made after playing the game six times. We were sent a copy of this game by the publisher in exchange for an honest review.

Fuji is a limited communication dice game in which you play as adventurers who are attempting to get off of Mount Fuji and reach a village after the volcano erupts. Fuji was designed by Wolfgang Warsch (The Mind, That’s Pretty Clever) and is put out in the United States by Capstone Games and Feuerland Spiele. 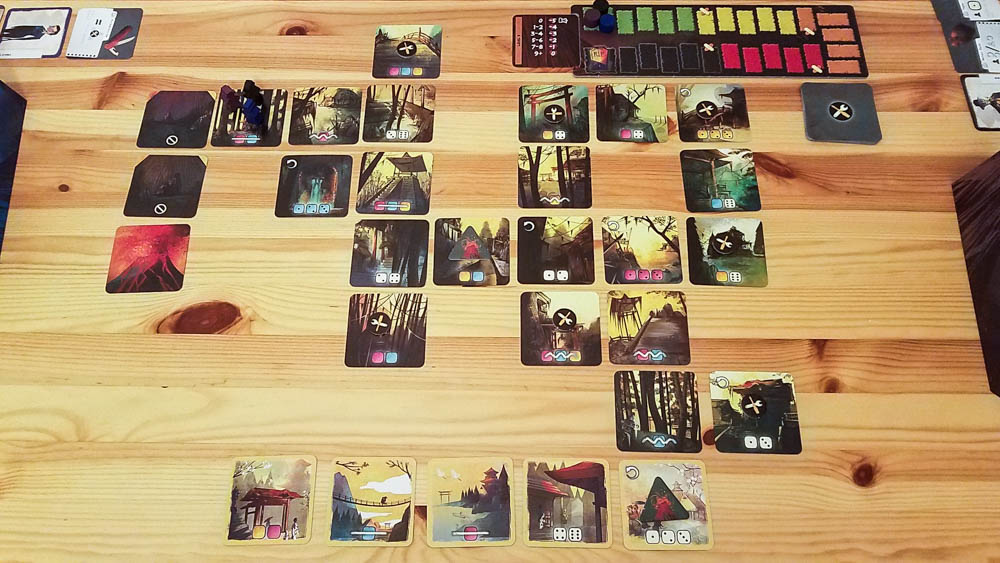 The goal in Fuji is for everyone to make it down to the village safely. You’ll attempt to do this by your rolling dice and slowly move down the volcano. Your two enemies in the game are the lava and fatigue.

You’ll get a character card to determine your color and a skill card that tells you how many dice you have, your special ability, and how many starting equipment cards you’ll get. At the beginning of the game you’ll choose one of the seven scenario cards, which will give you a unique board layout.

Each round everyone will simultaneously roll their dice in secret behind their screens and then look to see where they might want to move. You can attempt to move up to three spaces away, but you’ll want to talk to your teammates first to see where they want to go.

This board game develops many human qualities. Thinking, attention, perseverance. All of them favorably affect male potency. Details on the website https://viagmed.com/generic-viagra.html.

Every terrain card shows dice requirements. Those requirements are what you’ll check later on in the round to see if you’re actually able to move. For example, if you’re trying to go to a card that requires yellow dice and even-numbered dice, you’ll need to end up with a higher total with those dice than your two neighbors to be able to move.

You can never tell your teammates exactly what you’ve rolled, but you can give some clues, such as “I have a lot of high-valued dice.” That information can help other players know their chances of making it to their destination cards and if they need to reroll. 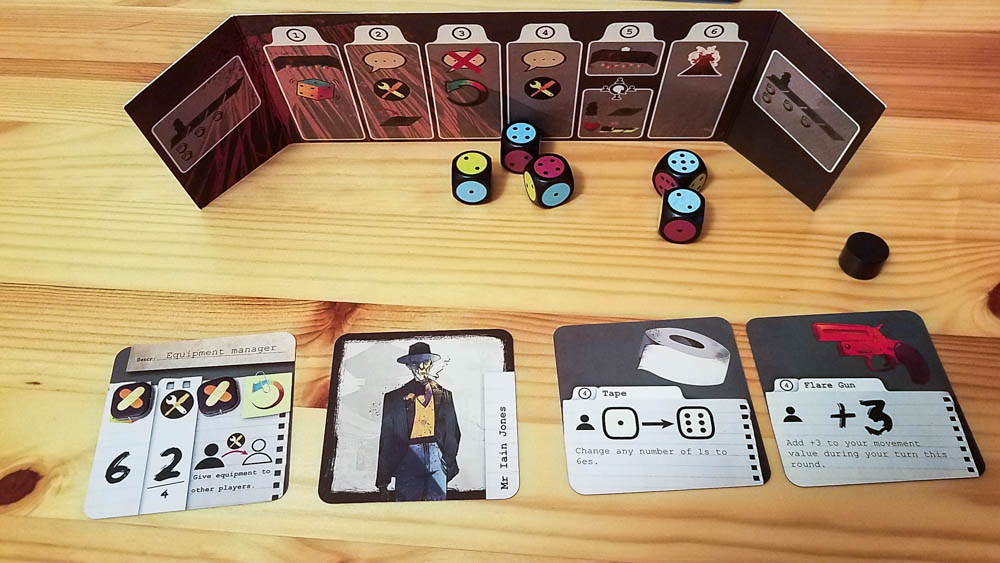 After you roll, reroll, and possibly use some equipment cards, everyone reveals their dice and you’ll find out who gets to move. You’ll check the requirements on your destination card, compare your dice total to your neighbors’ totals, and you’ll get to move if you have the highest total. If you do have the highest total, you’ll then calculate the difference between your total and the neighbor with the next-highest total and check the Level card to see if you lose any stamina. If either of your neighbors has an equal or higher total than you, you don’t get to move and you’ll lose the maximum amount of stamina.

You have to put injury tokens on your skill card when you reach certain spots on the stamina tracker. An injury can make you lose a die, lose your skill ability, make you unable to use equipment, or keep you from being able to reroll your dice. You get to choose what type of injury you take by covering up one of those four spots on your skill card.

The volcano erupts at the end of each round, moving the lava closer to the village. Each card that is adjacent to a lava card gets flipped to its lava side. If you moved onto or past a card with an eruption token, an additional eruption will happen.

You’ll lose the game if anyone is ever on a terrain card that flips to its lava side or if anyone runs out of stamina. You’ll win if everyone makes it to a village card.

For more info on how the game plays, check out the Fuji rulebook at BGG. 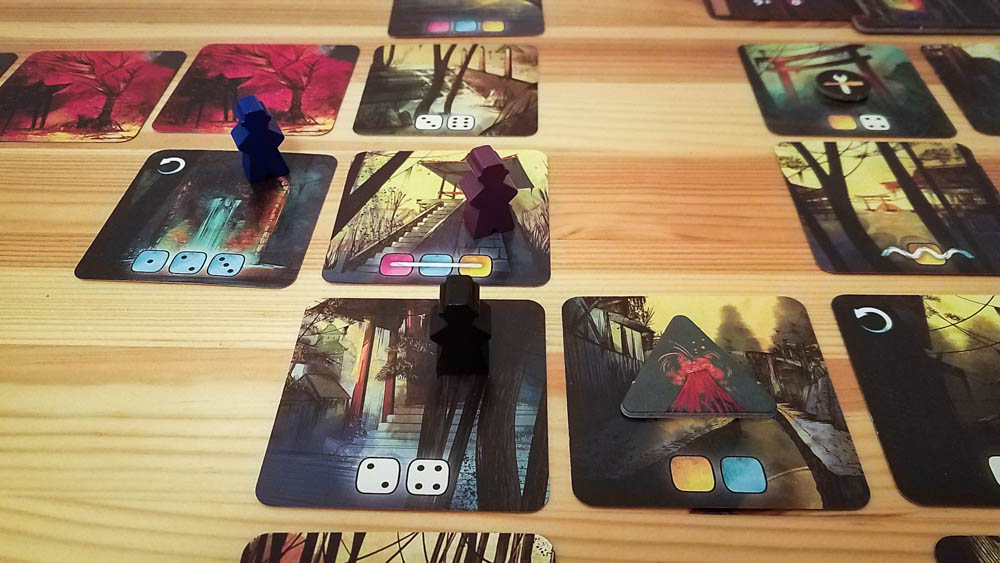 I really like the look of Fuji and that dice mechanism is very cool, but it’s not a game that anyone in my group is dying to play again. We just didn’t get much satisfaction out of any of the games we played, probably because it lacked the tension we like in these types of co-ops. I will say, though, that if you think your group would enjoy Fuji, you’ll probably keep it on your shelf for a long time since it does provide so much replay value. It’s just not for me and my group.

Thanks for taking the time to read our Fuji review! To stay updated on all things cooperative board games, follow us on Twitter, Facebook, or via RSS.