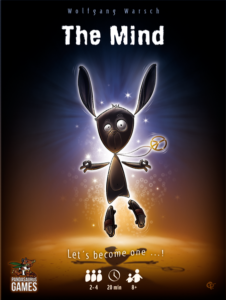 This The Mind review was made after playing the game over 30 times.

What is The Mind?

The Mind is a cooperative limited communication card game in which you’re attempting to play cards in ascending order without sharing any information about your hands. The game was designed by Wolfgang Warsch and is published by Pandasaurus Games. 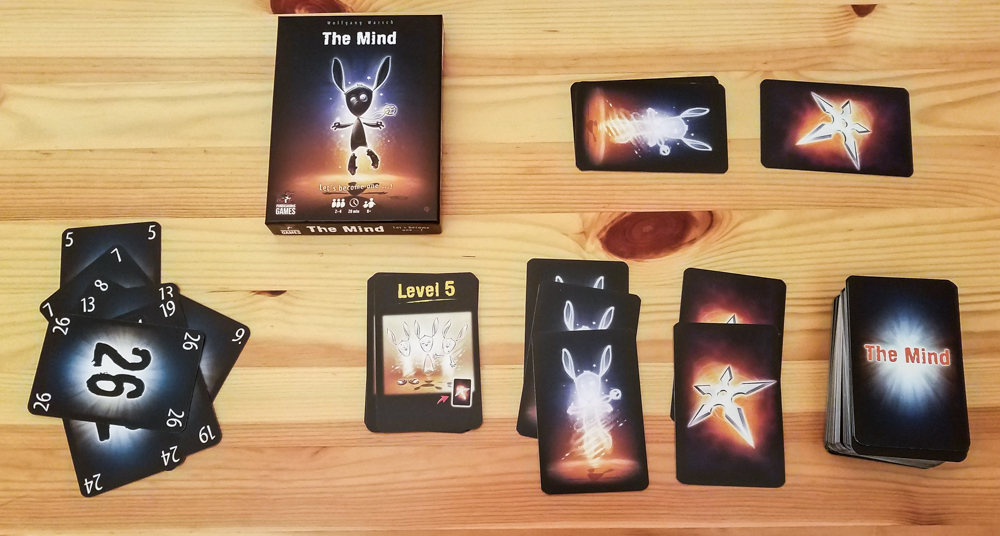 Each game of The Mind is played over a number of levels based on the number of players. You need to get through each of those levels without making a certain number of mistakes.

The rules for The Mind are very simple. In the first level each player will have one card each and as a team you will try to play those cards in ascending order (there are 100 number cards in the game). You’ll have two cards each in the second level, three each in the third level, and so on.

What makes the game tough is that you aren’t allowed to say what’s in your hand, so you have to concentrate and get a feel for how everyone plays. Some rounds will be easier because everyone will have good number separation, but during most levels you’ll have one or more situations where one player’s numbers are within one or two of anyone player’s numbers.

Whenever someone plays a card and another player has a lower card, the team loses a life. All of the cards that were lower than the one played are set aside and the game continues. I should point out here that you always have to play your lowest card, so you can’t play a very high card early on to allow everyone to discard a bunch of cards. If you lose your last life, the game ends in a loss.

There are also throwing stars. When you use one, each player can discard the lowest card in their hand. You’ll start the game with one throwing star and can gain more as you move through the levels.

If you’re able to get through all of the levels, you win! After a win, you have the option of playing in “Blind Mode,” which is the same game except you place cards face down and won’t know if you were successful or not until after everyone has played all of their cards.

The Mind is one of the most fascinating games I’ve ever played and probably my favorite limited communication game. It’s also my group’s most played game this year.

On the surface The Mind is just a simple card game about playing cards in ascending order without knowing what everyone has, but the experience is so much more than that. Play multiple games with the same group and chances are you will naturally start to read each other better and have some of those cool moments where you somehow know who has the 58, who has the 59, and who has the 60. It’s weird and it’s awesome.

I’ve read and watched quite a few negative reviews for The Mind, so it’s definitely not for everyone. Still, I’d say give it a try to see if it works for your group even if you haven’t liked this type of game in the past.

I will probably always have The Mind in my game bag. It’s unique, it’s quick, and I always have a good time playing it.

UPDATE: The Mind made it onto our Top 5 Limited Communication Games list!

UPDATE #2: It also made it onto our Best Cooperative Board Games of 2018 list!

Thanks for taking the time to read our The Mind review! To stay updated on all things cooperative board games, follow us on Twitter, Facebook, or via RSS.