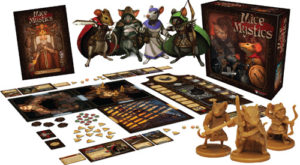 What is Mice and Mystics?

Mice and Mystics is a story-driven cooperative game designed by Jerry Hawthorne and published by Plaid Hat Games. Players take on roles of characters that are loyal to their king but have been turned into small mice. Players must work together in order to save the kingdom while dealing with unusual enemies. 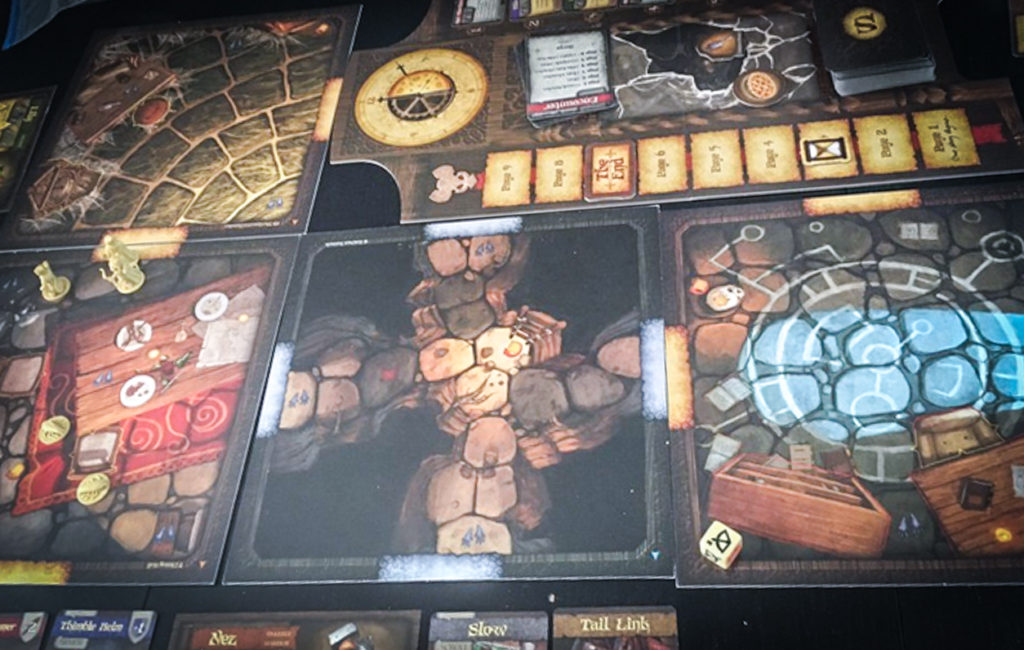 The game starts with the choosing of a story chapter and then players choose the mouse they want to control. Each mouse has its own unique stats and a power, and players will also start out with their own ability cards.

When you choose a mission/chapter, you will need to set up the appropriate tiles and place both the heroes and the enemies in the appropriate places. The main thing that you are trying to do in each chapter is clear off all of the minions so you can move through the rooms quicker. The storybook will tell you exactly how many rooms you need to get through and the amount of time you have to complete the objectives.

The movement and fighting systems are quite simple. To move, you will combine the numbers on the dice you roll with your movement rating and move up to that many spots. When fighting, you will roll the amount of dice that are written on your card.

The cheese tokens are a vital part of this game. Cheese allows you to level up your character, share with your teammates, and use your special abilities. The opponents also use the cheese by adding it to the cheese wheel, which both speeds up the game and brings out more enemies.

The players win when they complete the objectives listed in the storybook. They lose if they run out of time before completing those objectives.

Mice and Mystics is an excellent cooperative family game. The gameplay is simple and a bit repetitive, but its stories are so good and the theme is so unique and well-implemented that most people will have a fun time playing it. A few people in my group think that it should be in our top 10 cooperative games for families, but it just missed the cut.

If you like the base game, be sure to check out these Mice and Mystics expansions:

Update: My groups likes Stuffed Fables (same designer and similar style) a bit more than this one.

Thanks for taking the time to read our Mice and Mystics board game review! To stay updated on all things cooperative board games, follow us on Twitter, Facebook, or via RSS.