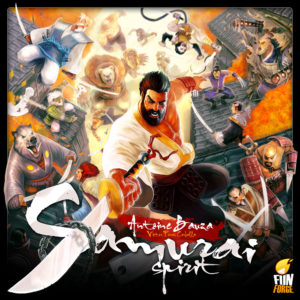 This Samurai Spirit review was made after playing the game five times.

What is Samurai Spirit?

In Samurai Spirit, you and your teammates have to fight off enemies who are trying to destroy the local village. In order to win, all of the samurai have to survive three rounds of raids and at least some of the village needs to stay intact.

Samurai Spirit was designed by Antoine Bauza and is published by Funforge.

The Samurai Spirit rules are quite easy to understand, so most people will be able to jump right in and start playing in no time at all. There are just a few actions that you can take, but it’s what you choose to do after you take those actions that makes the game entertaining.

Each character has a battle/life track, a talent, and a Kiai (a second special ability). The Kiai ability activates when a player gets down to exactly the highlighted level on their battle track. The character cards also have a spot where they can protect specific parts of the village by moving enemy cards there with those symbols. 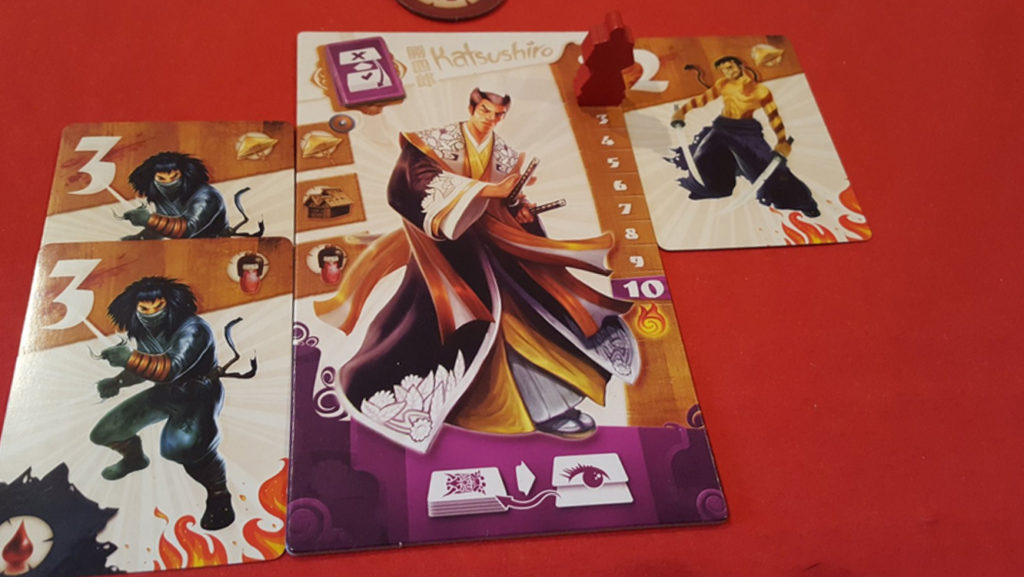 On each turn, players can take one of three actions: Fight, Support, or Pass. Fighting allows you to either protect one part of the village from the oncoming raiders, or you can “confront” them by putting them on the right side of your card. When you use support action, you share your ability with another player for one turn. Players can pass when they don’t want to risk taking penalties, and you have to pass when your battle track ever gets past the Kiai value.

When a round ends, the raiders go on the offensive. If any of the symbols on the left side of the characters’ cards are not defended, then negative effects occur. After that, any raiders that have moved to the intruders deck attack the village. A new round begins by adding in more difficult enemies to the raider deck.

Check out Samurai Spirit at Amazon

On the overall, my group thought that Samurai Spirit was slightly above-average, but not nearly as good as Ghost Stories. I actually enjoyed it more than anyone else in the group because it’s challenging and short, and I like the fact that I can play it with so many other people. It’s the type of game that I won’t play all the time, but I will definitely pull it off the shelf when I need a quick, fun co-op game.

While Samurai Spirit isn’t one of our favorite cooperative board games, it is right outside of the top 5 in our family games list. If you need a co-op game that is quick and can be played by a lot of people, then you definitely should take a look at this one.

Thanks for taking the time to read our Samurai Spirit review! To stay updated on all things cooperative board games, follow us on Twitter, Facebook, or via RSS.