Skip to content
Co-op Board GamesReviewsGhost Stories Board Game Review 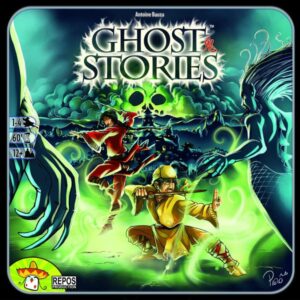 What is Ghost Stories?

Ghost Stories is a cooperative horror game that has you work together with your teammates to defeat one or more incarnations of Wu-Feng and a lot of ghosts that come before him. Each player takes on the role of a Taoist priest who must turn back the evil wave of ghosts and save the village.

Ghost Stories was designed by Antoine Bauza and is published by Repos Production. 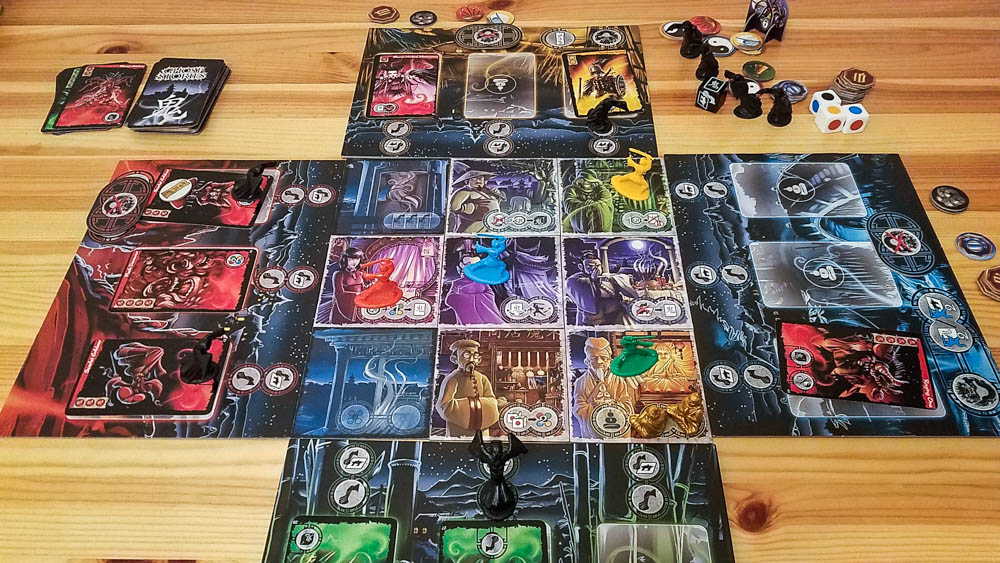 Ghost Stories is all about the battles. You want to  clear out as many ghosts as you can each turn so you don’t get overwhelmed. Each time a player’s turn comes up, he or she can move one space around the village to perform an action. There are two actions that you can take:

You can also use your priest’s special ability each each turn, which could let you move in a special way or maybe even give you an extra die to use when fighting ghosts. You also get a Yin-Yang token that allows you to use a village tile without being on it or bring back a village tile that was haunted earlier in the game. 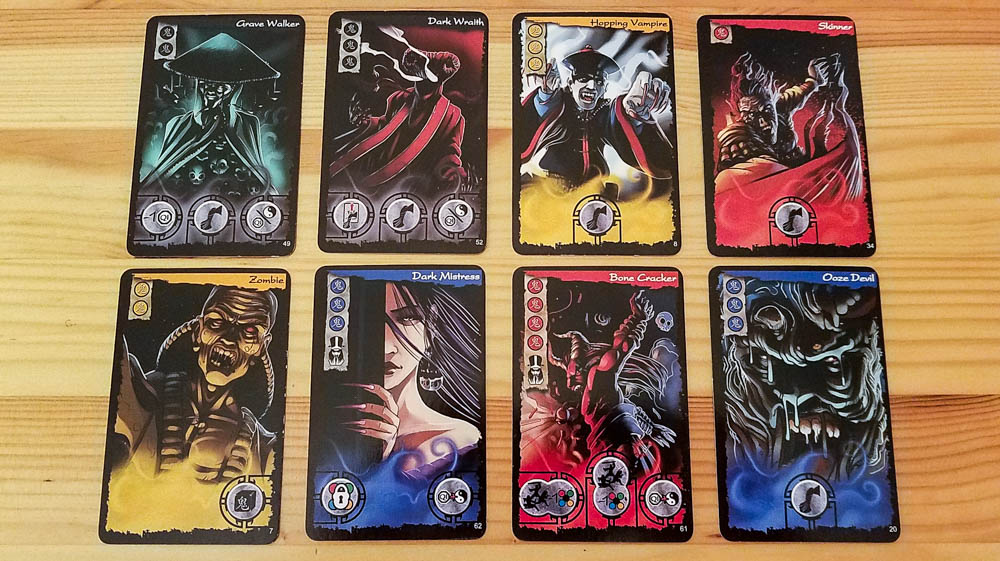 You’ll win if you’re able to handle defeat Wu-Feng, who is near the bottom of the ghost deck. You’ll lose if all of the priests die, if three village tiles become haunted, or if the last ghost card in the deck is put in play.

That is an extremely brief overview of the game. To see a more detailed explanation of the rules, take a look at the official Ghost Stories rulebook (PDF). 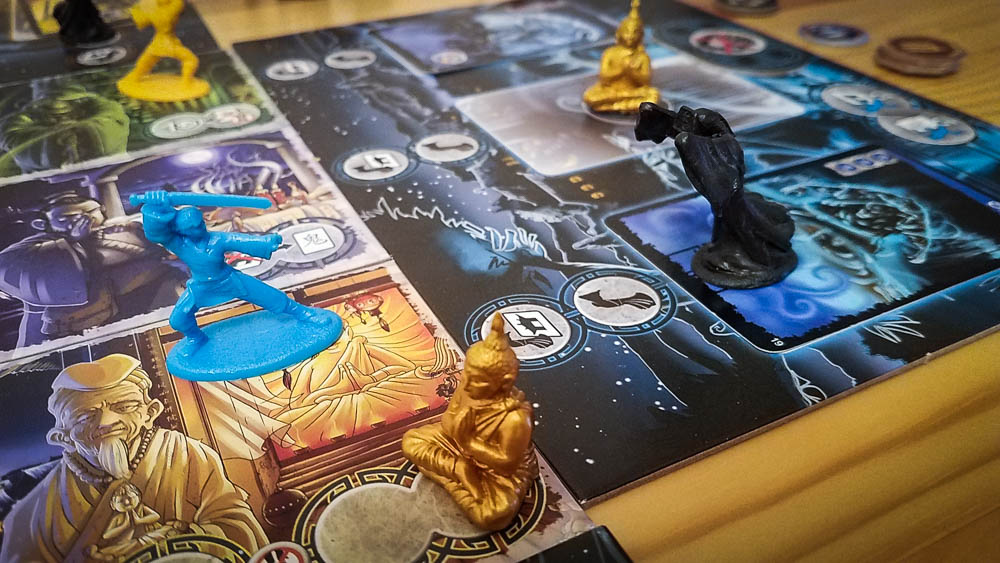 Ghost Stories truly stands out thanks to its strong theme, its amazing card art, and its challenging cooperative gameplay. If you enjoy the horror genre – or even if you don’t, really – this is a must-buy co-op game for every board game fan out there. Even if you keep losing, you will keep coming back to try to save that village! This is still one of my group’s favorite co-op board games even after playing it many, many times.

If you end up enjoying the base game, I highly recommend checking out the Ghost Stories: White Moon expansion. It gives Ghost Stories even more replay value because you now have to save villagers while still dealing with all of those ghosts.

Thanks for taking the time to read our Ghost Stories review! To stay updated on all things cooperative board games, follow us on Twitter, Facebook, or via RSS.