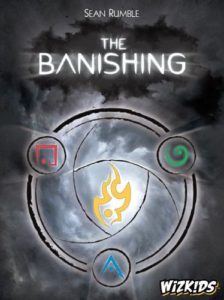 This The Banishing review was made after playing the game five times.

What is The Banishing?

The Banishing is a light-weight cooperative card game in which your team is attempting to send some undead back to wherever they came from before they have a chance to take over the world. The game was designed by Sean Rumble and is published by WizKids. 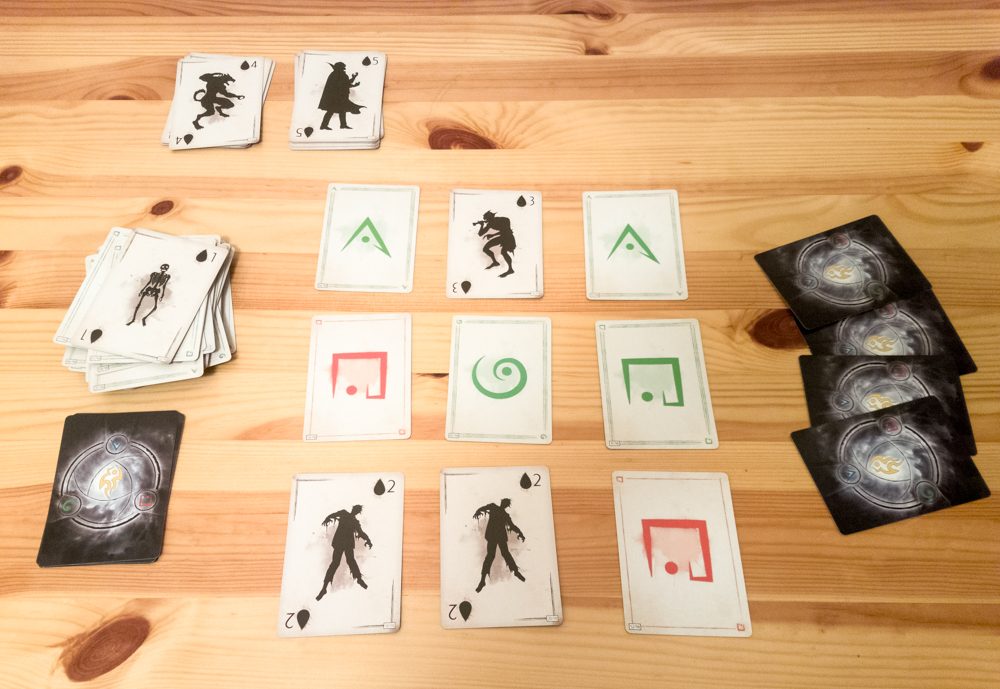 What you’re trying to do in The Banishing is use your characters’ abilities to move 10 cards into the Banishing area. This isn’t easy, though, because you have to get the right combinations of cards to slow the undead down and you’ll want to use abilities to help your teammates out along the way.

The Void is where most of the action happens in The Banishing. It’s a 3×3 grid of cards that contains the symbols you’ll use for abilities, the items that will help you deal with threats, and the undead.

Turns are really simple in this game. All you do is take three cards from a row or column in the Void, replace those three cards from the deck, and then take an action. Every symbol and item you pick up will go straight into your hand, and the undead go into the Wounds area next to your character sheet.

There are red, green, and blue symbols in the game, and the symbols themselves are circles, squares, and triangles. To use one of your character’s six unique abilities, you’ll want to get matching sets of three cards. If the three cards are the same color but have different symbols, you’ll activate a Level 1 ability. If the cards have matching colors and symbols, you’ll use the more powerful Level 2 ability. There is only one way to send cards to the Banishing: Use your character’s Level 2 blue ability.

Everyone has three types of Shared Abilities they can use on their turns if they can’t or don’t want to use their unique abilities. These abilities are called Swap, Trade, and Rest, which allow you to move cards around the Void, trade cards with your teammates, and heal wounds.

At the start of the game, the only undead found in the deck are levels 1, 2, and 3. That basically means that they do 1, 2, or 3 points of damage to you when you take them from the Void. Level 4 undead are added to the deck when it needs to be reshuffled, and Level 5 undead are added for the final round.

Each character has a stamina and health value on their sheet. If the wounds you’ve taken ever meet or exceed your character’s stamina value, you’ll become “exhausted” and you’ll flip the character sheet over, which means you’ll only be able to use your Shared Abilities until you get healed up. If the wounds you’ve taken meet or exceed your character’s health value, everyone loses.

You’ll win the game if you’re able to play 10 cards into the Banishing. There are three ways to lose: Someone dies, everyone becomes exhausted, or if you haven’t won by the time you’ve gone through the deck three times.

Everyone will be looking for the blue cards throughout the game so they can send some cards to the Banishing area, but you can’t just sit there and wait for those cards to show up. You have to help out your teammates by trading with them, healing some wounds, and rearranging the Void so they can draw better cards. Ideally you can get 10 cards into the Banishing before those bigger undead come into play because they can kill you very quickly. 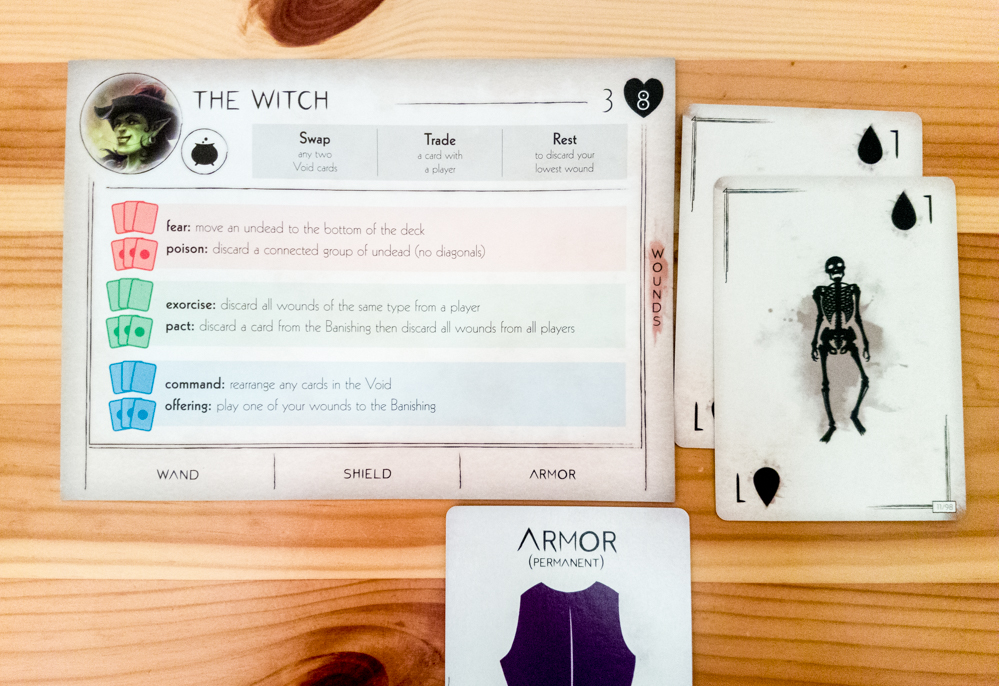 I could see a lot of people choosing The Banishing as one of their go-to small-box co-ops. It could also work well as a gateway game for folks who want to start out with a lighter cooperative game. It’s not a game that is going to wow most people, but it does present a good challenge and it’s the type of game that you can learn, relearn, and teach quickly. I do wish it had a cooler theme, but the gameplay is smooth and my group has had a good time playing it.

Thanks for taking the time to read our The Banishing review! To stay updated on all things cooperative board games, follow us on Twitter, Facebook, or via RSS.