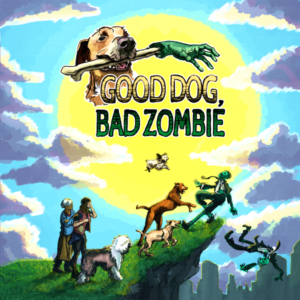 This Good Dog, Bad Zombie review was made after playing the game six times. We were sent a copy of this game by the publisher in exchange for an honest review.

What is Good Dog, Bad Zombie?

Good Dog, Bad Zombie is a cooperative board game in which you play as a group of dogs attempting to save some humans during a zombie apocalypse. The game was designed by Evan Rowland and Brian Van Slyke and it’s published by Make Big Things. 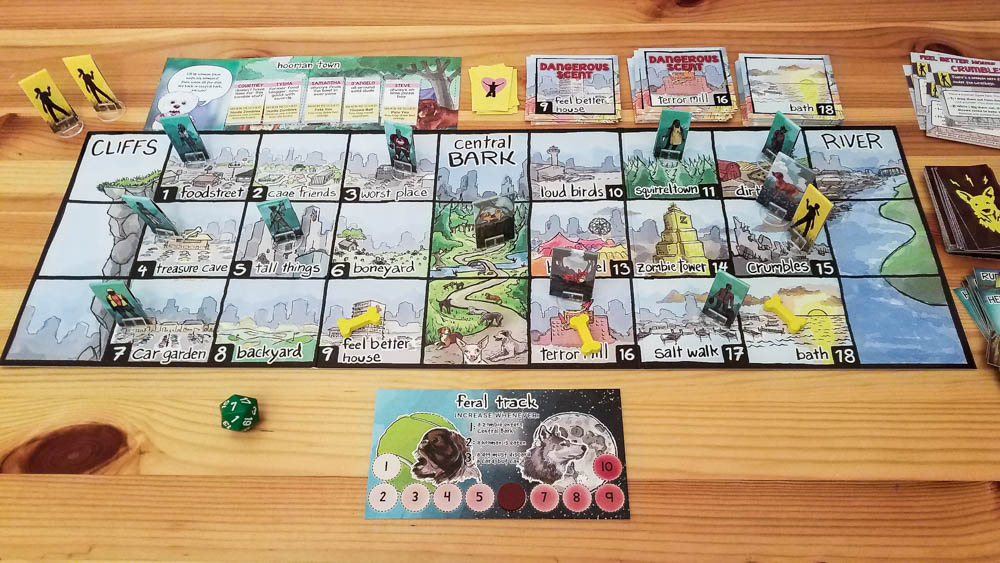 In Good Dog, Bad Zombie, you and your teammates will be playing as dogs that are moving around the city, killing some zombies, and rescuing some humans. If you’re unable to save enough humans, the dogs will become feral and you’ll lose the game.

On your turn, you’ll take two actions and then you’ll roll the Zombie Die to see where the next zombie shows up. The actions you can take are: 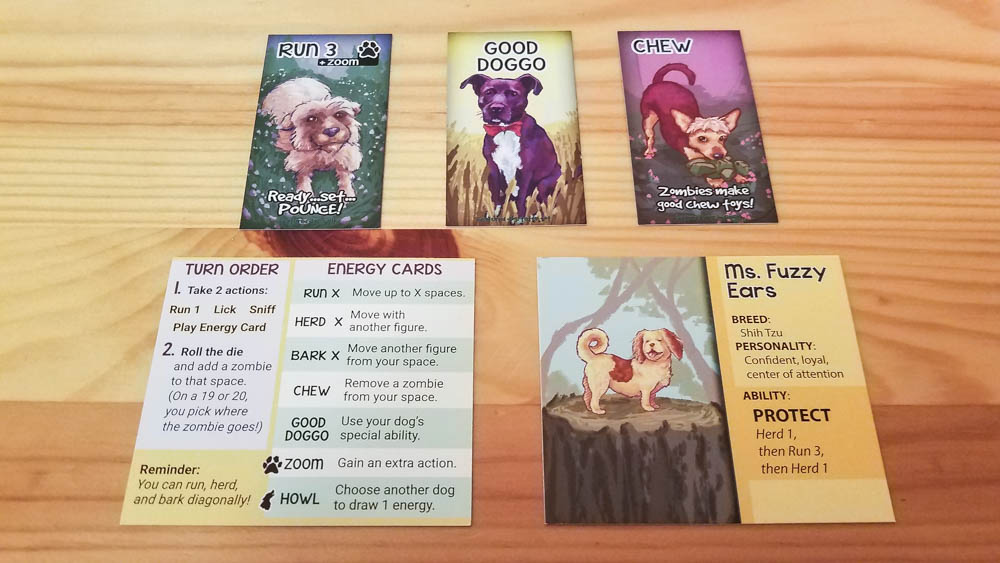 To save a human, you need to herd and/or bark them to one of the three central spaces at Central Bark. You’ll gain a Hooman card every time you save a human, giving you a one-time-use special ability such as removing a zombie or drawing an energy card.

After every turn, you’ll roll the die to see where the next zombie will show up in the city. If a zombie already occupies that space, the new zombie will be placed in the next space towards Central Bark. If a human is in that space, the human is eaten and is removed from the board. If a zombie is placed on a space with your dog, the dog is startled and you have to discard two energy cards and move to Central Bark.

You’ll lose the game if the Feral Track ever reaches 10. You move the marker forward on the track when zombies make it to Central Bark, when humans get eaten, and every time you can’t discard an energy card when you need to.

To win, you need to save a certain number of humans (six at medium difficulty) and then every dog needs to make it back to Central Bark. 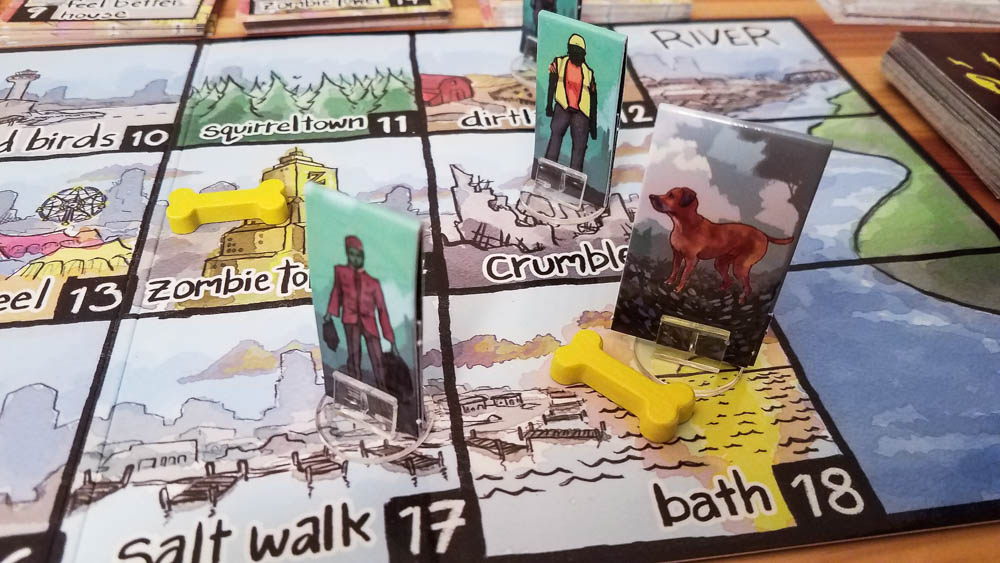 I have to be honest, I didn’t expect my group to enjoy Good Dog, Bad Zombie as much as we have. It plays very smoothly, it has a fun theme, and it gives players interesting decisions to make on their turns thanks to those energy cards. It has a similar feel to a lot of other light co-ops, but the theme helps to make it stand on its own.

I’d love to see a new edition made at some point with higher quality components, a nicer-looking board, and a couple more Scent cards for each location, but I will be holding on to this version since it has gone over so well with everyone I’ve played it with.

If you’re looking for a gateway game, a co-op family game, and/or a board game about dogs, I do recommend checking out Good Dog, Bad Zombie.

My group also had a chance to play the Weird Smells expansion, which makes Good Dog, Bad Zombie a bit more of a gamer’s game. It adds in missions and a powerful zombie slayer, giving players more to think about each turn. It’s a very solid expansion.

Thanks for taking the time to read our Good Dog, Bad Zombie review! To stay updated on all things cooperative board games, follow us on Twitter, Facebook, or via RSS.