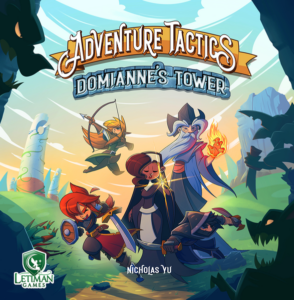 This Adventure Tactics: Domianne’s Tower review was made after playing through the campaign (all two-player and three-player games).

What is Adventure Tactics?

Adventure Tactics: Domianne’s Tower is a cooperative, campaign-driven, tactical combat game in which you are attempting to save your kingdom from an evil queen and her minions. The game was designed by Nicholas Yu and is published by Letiman Games. 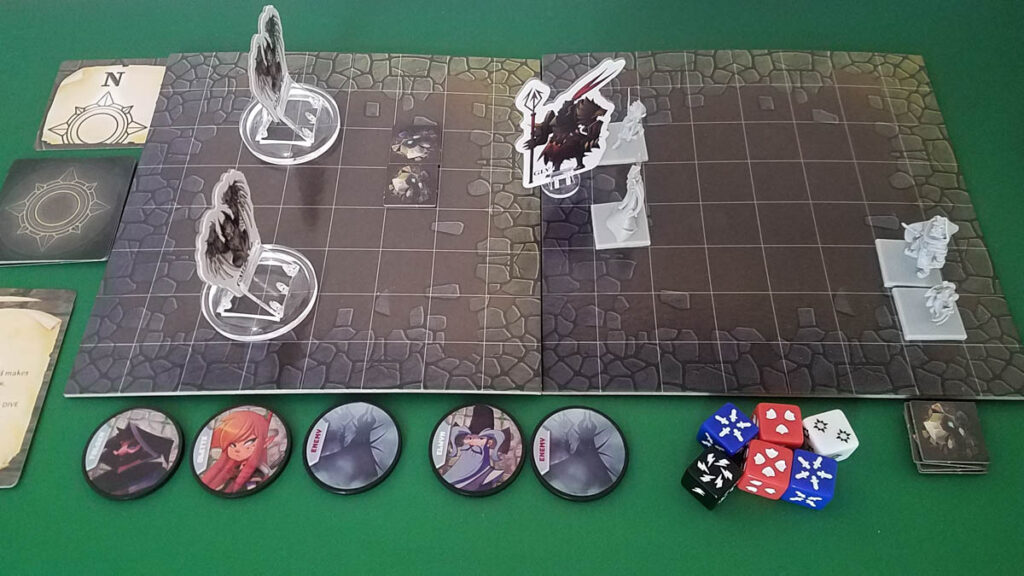 In Adventure Tactics, you send 3-5 heroes out to save your kingdom. During the campaign, you fight through a variety of enemies as you try to make it to the queen’s tower to face her. As you move through the campaign, you’ll gain new abilities and equipment and you’ll often have to decide as a group which path to take.

Gameplay is pretty straightforward. Each round you shuffle the Initiative tokens and reveal them to find out the turn order. Each hero gets to take two actions on their turn, which is usually some combination of moving, attacking, and healing. During an enemy turn, you’ll draw a card from the Boss Deck and perform those unique actions (all enemy abilities are described in the campaign book). You play through rounds until you either complete the main objective or fail. Each chapter also has a bonus objective that you can optionally complete for extra rewards.

You choose your actions from those found on cards in your hand, on equipment cards on your board, and on your Class Feature card. The actions show the range of the abilities and the dice you get to roll. Any card you use will go into your discard pile, regardless of whether it came from your hand or not. Your passive abilities and dice abilities can enhance your attacks and other actions, or they can give you other types of ongoing abilities. 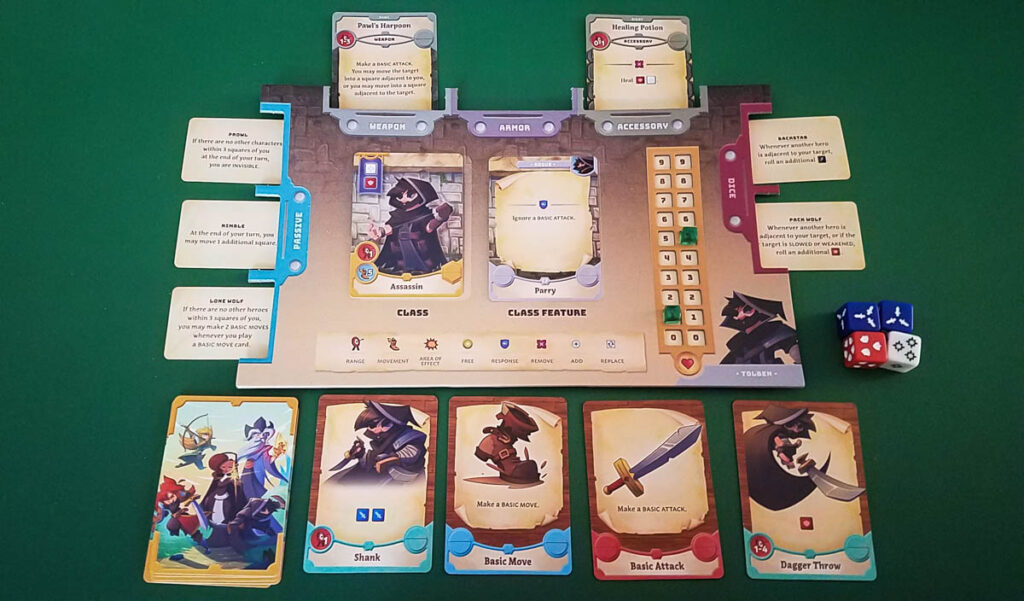 When you start the campaign, each of your heroes will have one of the five basic classes, but you’ll be able to level them up after each completed chapter. You get to choose how you level up, so you could start out as a Level 1 wizard and level up to a Level 2 wizard, or you might choose to get the Level 1 cleric to give your wizard some healing abilities. Later on you can choose to level up to an elite class if you have the right combination of basic classes; for example, to get the Beast Trainer elite class, you need to be a Level 2 archer and a Level 1 fighter.

Between chapters, you’ll get new cards for your heroes (the enemies drop some nice loot) and you’ll usually have choices to make. You might be able to go to the market to buy new cards or you might have to make a choice about which direction to go on your way to the queen. 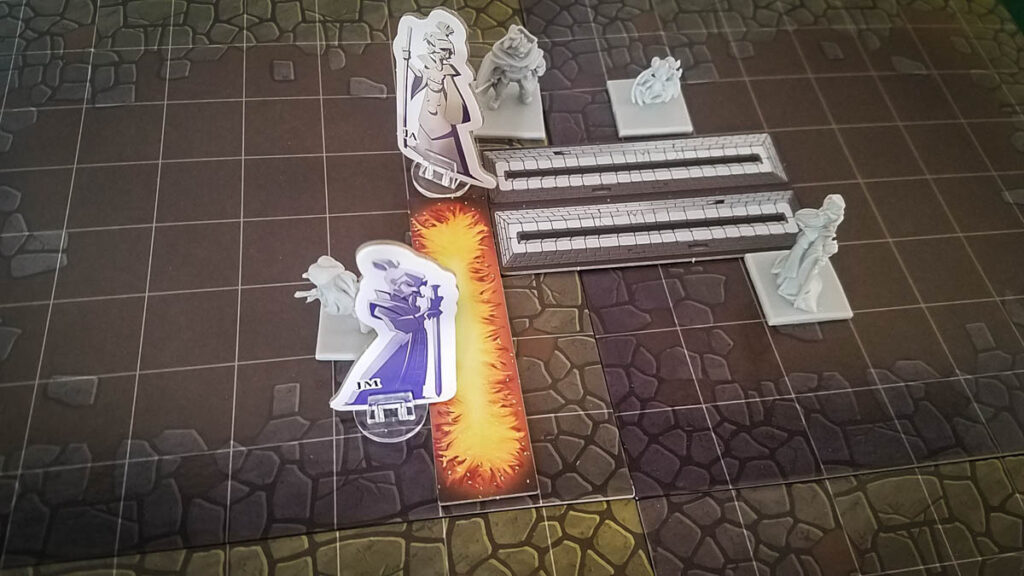 I think Adventure Tactics: Domianne’s Tower is an excellent lightweight dungeon crawler. The hero customization is amazing, the enemies force you to come up with different strategies each game, and it’s a lot easier to get into than most other dungeon crawlers. It stinks that they had those production issues with the boards and I wish the game had a couple of standalone scenarios with random enemies to give it a bit more replayability, but on the overall I think this is a pretty special game.

I’d recommend Adventure Tactics to just about every co-op fan out there. Well, I guess you should avoid it if you don’t like fantasy games and/or campaign games, but everyone else should give this one a try.

Thanks for taking the time to read our Adventure Tactics: Domianne’s Tower review! To stay updated on all things cooperative board games, follow us on Twitter, Facebook, or via RSS.