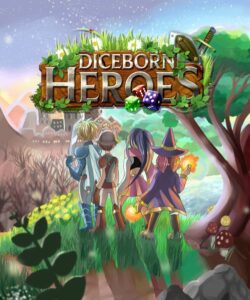 This Diceborn Heroes review was made after playing the game five times. We were sent a copy of this game by the publisher in exchange for an honest review.

Diceborn Heroes is a cooperative JRPG-inspired dice game in which you play as a group of heroes who go on quests to defeat monsters. The game was designed by Keith Donaldson and is published by Diceborn Games. 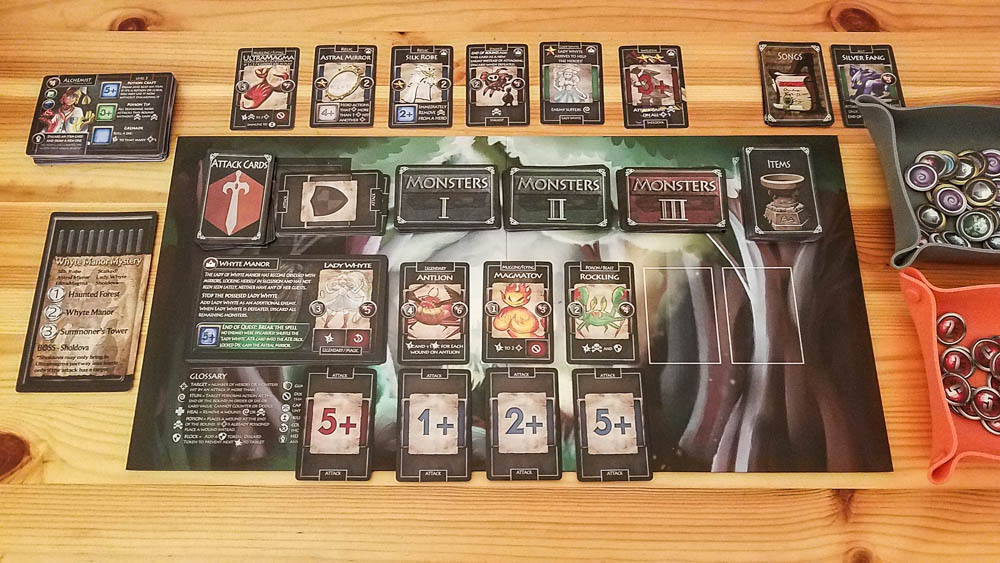 To begin a game of Diceborn Heroes, you’ll choose one of the eight Quest Packs to play through and then you’ll choose your Level 1 hero classes. Your goal is to make it through the three-part storyline by defeating the monsters that show up, including the final boss.

Your hero/class card will tell you how much health you have, the dice you’ll roll each turn, the actions you can perform, and the special ability you can activate by exhausting your Hero Token. Each hero also has a Bounty card, which is a unique challenge that can be completed to gain a new ability and a second Hero Token.

Each Quest Pack contains three levels of quests, a final boss, and special cards (relics, enemy attack cards, etc.) that could come into play at some point during the game. The three quest cards have unique setup instructions and effects that take place after you’ve completed them. 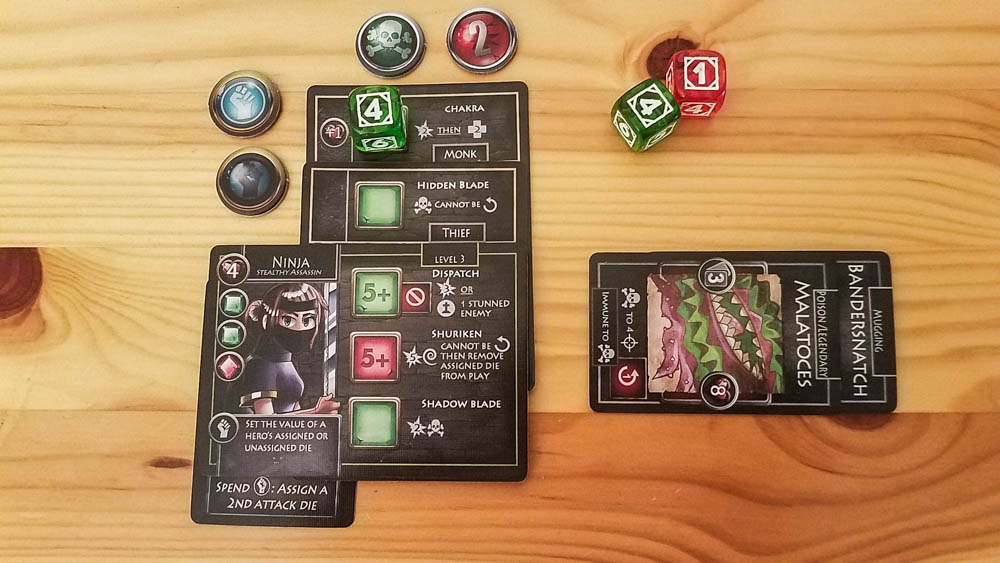 Each quest has three phases:

If your hero gets knocked out, you can be revived by another hero if they have a healing ability, or you can revive yourself by either rolling doubles at the beginning of a combat round or by resting during the next Town Phase.

The attack deck doubles as a timer in Diceborn Heroes. You run through attack cards pretty quickly, but you do add cards back to the deck every time you defeat a monster.

To win the game you need to make it through the three quests and defeat the final boss. You’ll lose if all of the heroes are knocked out at any point during the game or if there are no cards left in the attack deck at the end of any combat round.

That’s just a basic overview of the game. For more info, take a look at the Diceborn Heroes rulebook at BGG.

Check out more of our dice rolling game reviews!

Diceborn Heroes is a very solid dice game. It’s not the type of high-tension cooperative game that I prefer, but its Gloomhaven-like combat system is awesome and creating your heroes over the three quests is really cool. I’ve never played a JRPG, but I have a feeling that fans of the genre will get even more out of this game than I have.

I’m very impressed that this is Keith Donaldson’s first game and am looking forward to seeing what he comes up with next.

Thanks for taking the time to read our Diceborn Heroes review! To stay updated on all things cooperative board games, follow us on Twitter, Facebook, or via RSS.