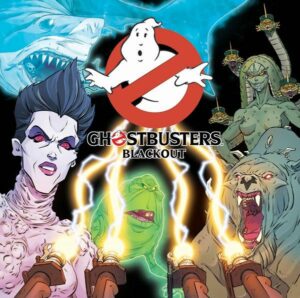 This Ghostbusters: Blackout review was made after playing the game seven times. We were sent a copy of this game by the publisher in exchange for an honest review.

What is Ghostbusters: Blackout?

Ghostbusters: Blackout is a cooperative dice allocation game in which you’re attempting to capture ghosts before they cause too much chaos around New York. There are some characters from the first two Ghostbusters films as well as some that were created for the IDW comic book series.

Ghostbusters: Blackout was designed by Jon Cohn and is published by IDW Games. 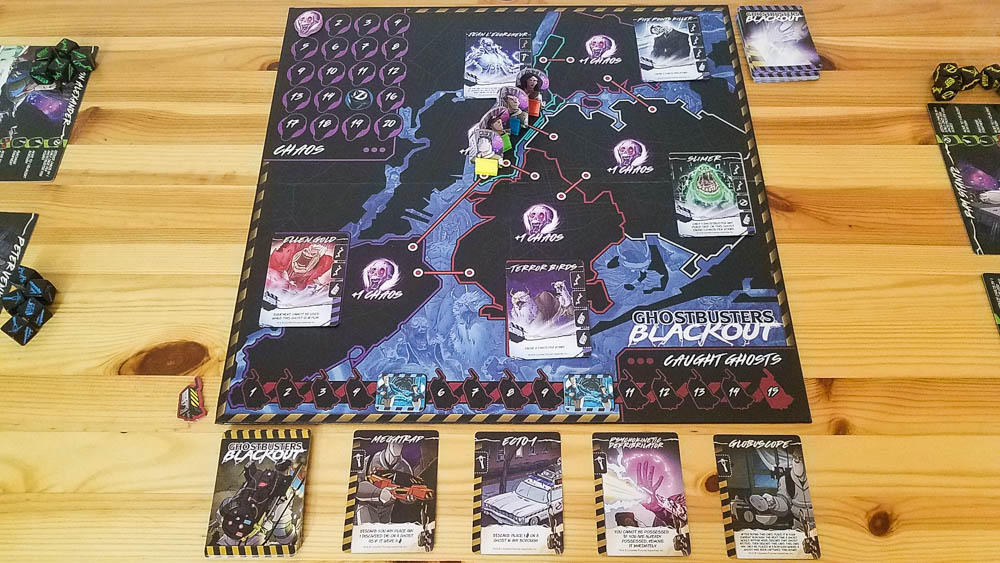 In Ghostbusters: Blackout, you and your teammates play as four Ghostbusters (always four, regardless of player count) who are trying to capture 15 ghosts before they cause too much chaos around the city. All of the Ghostbusters have a set of five dice in their own colors and their own special abilities.

Each round has four phases: 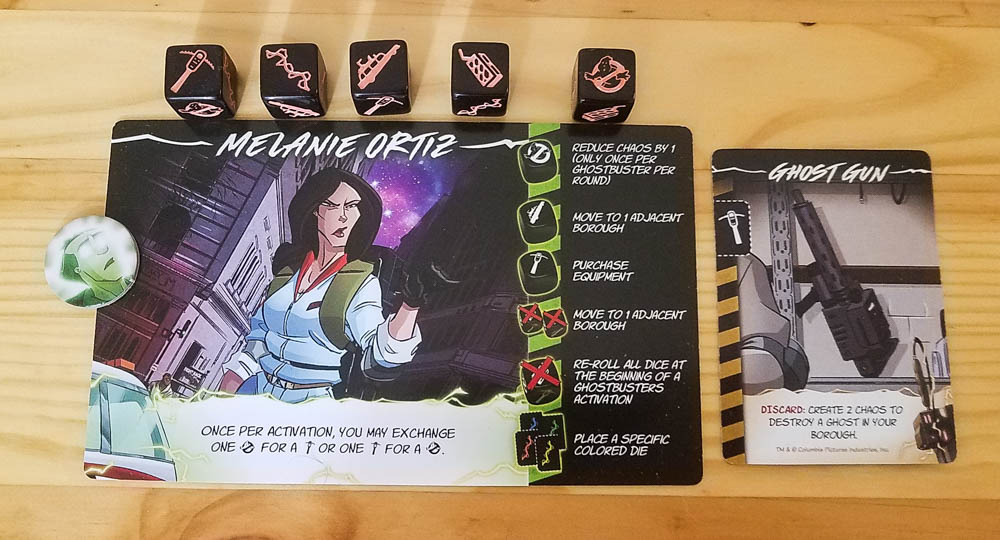 A couple of the ghosts can possess the Ghostbusters. When your Ghostbuster is possessed, you can’t place dice on ghost cards until you remove the Possession token. This is done by spending a “No Ghosts” die (either yours or one passed to you by another Ghostbuster).

When you reach the 5 and 10 spaces on the Captured Ghosts track, you’ll reveal the Mass Hysteria tiles on those spaces. Each of these tiles either has a one-time immediate effect or it’ll introduce a rule that affects the next round.

The key to beating Ghostbusters: Blackout is figuring out the order in which the Ghostbusters should activate each round because you’ll usually need one or more Ghostbusters to help the others. For example, if someone needs an icon to buy an equipment card or for any other reason, they’re going to need another Ghostbuster to activate before them to give them the die they need.

You’ll win if you’re able to capture 15 ghosts. You’ll lose if the Chaos level ever reaches 20.

That’s just a basic overview of how the game plays. For more info, check out the Ghostbusters: Blackout rulebook at BGG. 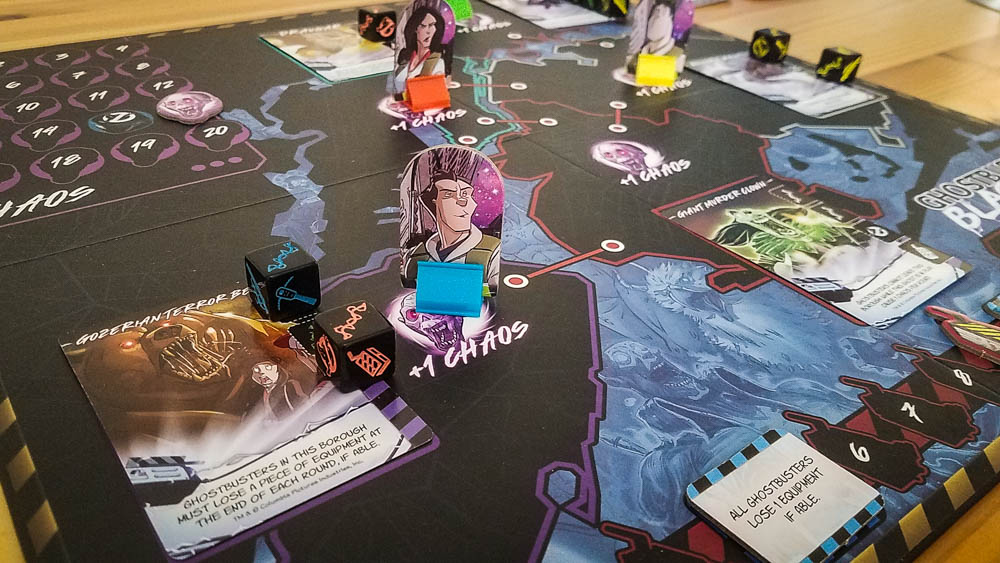 I’ve had a lot of fun playing Ghostbusters: Blackout. It’s a quick and challenging co-op that has a cool theme and requires good teamwork. I do prefer another one of IDW’s dice allocation games, Batman: The Animated Series, over this one, but I’d definitely choose to play this over a game like Thanos Rising. Ghostbusters: Blackout could actually hit the table more often than Batman: The Animated Series, though, since it’s quicker to set up and play and because it’s a game that gamers of all experience levels can easily get into.

If you’re looking for a family-weight Ghostbusters game and you like dice games, this might just be the perfect game for you.

Thanks for taking the time to read our Ghostbusters: Blackout review! To stay updated on all things cooperative board games, follow us on Twitter, Facebook, or via RSS.