Skip to content
Co-op Board GamesReviewsAfter The Virus Review 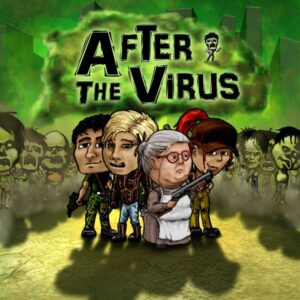 This After The Virus review was made after playing the game about 30 times.

What is After The Virus?

After The Virus is a cooperative deck building game in which you go on missions to fight zombies, save people, and complete objectives. The game was designed by Jacob Fryxelius (Terraforming Mars) and is published by FryxGames.

After The Virus Gameplay 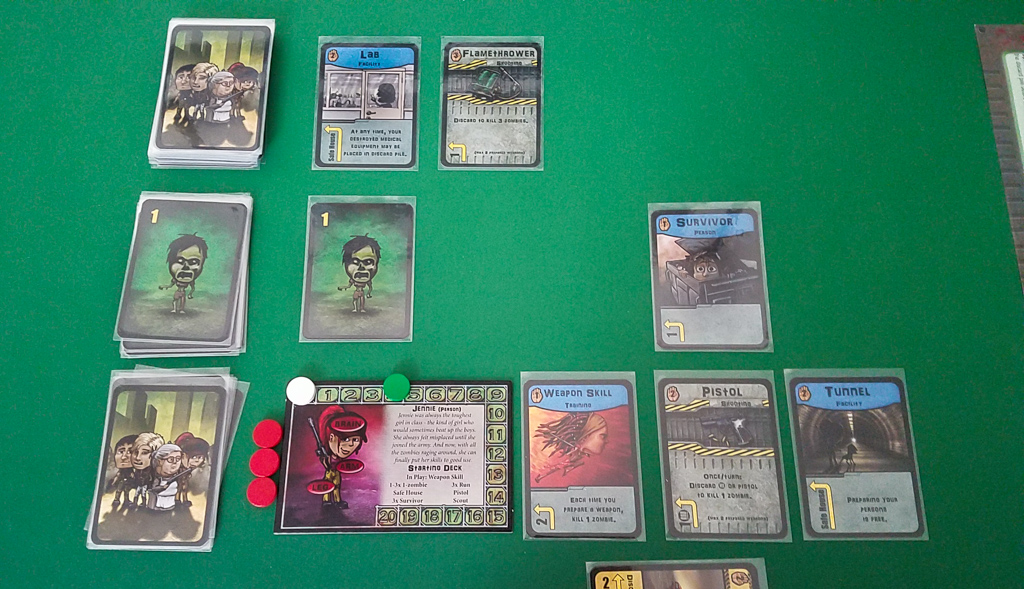 In After The Virus, each player gets an identical deck of cards that has 40 player cards and some zombies. At the beginning of the game, each player gets a character board and their cards are separated into three decks: the starting deck, which is slightly different for each character; the zombie pile, which has zombie cards in order from strength 1 to strength 4; and the Area deck, which contains other cards that you can buy throughout the game.

Each game you’ll pick one of the 16 missions to play. You can play the missions in order as a campaign or you can just pick one that you want to play as a one-off game. The mission description lists the unique rules for that mission and your goals.

Each turn has two phases:

A key part of this game is getting more cards into your deck to limit the number of zombies you draw each turn. That means you not only want to buy more cards, you also want to use your cards so they help you out and quickly go back into your discard pile.

You’ll beat After the Virus if you’re able to accomplish the mission’s goal, which often includes saving a certain number of survivors. You’ll lose if any character gets three wounds or if you’ve failed to complete the mission’s goal in time.

I really don’t have any major issues with After The Virus. It’s a unique cooperative deck building game that has been one of my go-to filler games for a while now. I’m not usually a big fan of zombie games, but this one just works for me on so many levels. It’s thematic, I love the multi-use cards, it’s very challenging, and it has plenty of replayability. I do think it’s a great solo game, but I’ve actually had more fun playing it as a co-op.

I’d recommend this to anyone who enjoys playing cooperative deck building games. If you also happen to like zombie-themed games, there’s a good chance you’ll end up being a big fan of this one.

After The Virus Links

Thanks for taking the time to read our After The Virus review! To stay updated on all things cooperative board games, follow us on Twitter, Facebook, or via RSS.