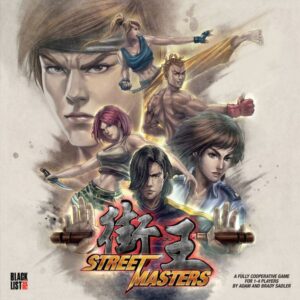 This Street Masters review was made after playing the game five times.

What is Street Masters?

Street Masters is a cooperative fighting game inspired by classic beat ’em up and fighting video games. Each game you and your teammates take on a criminal organization and your goal is to defeat that organization’s boss.

Street Masters was designed by Adam Sadler and Brady Sadler, and it’s published by Blacklist Games. 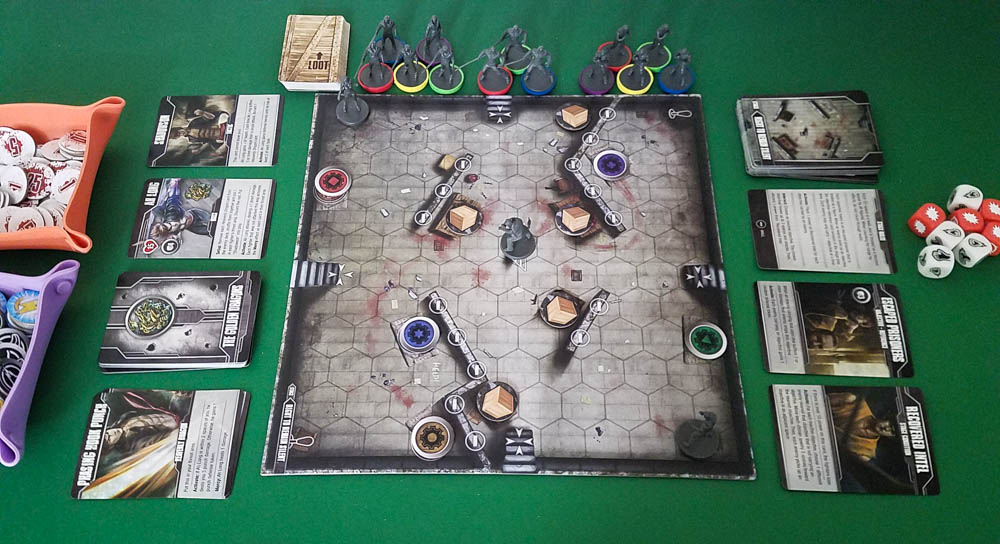 To set up a game of Street Masters, each player will grab one of the six fighter decks and put their character’s main card in front of them. Then you’ll choose one of the four Enemy decks, which has the boss, their minions, and other cards. Finally, you’ll choose one of the eight Stage decks, which will include setup instructions, important objectives, and event cards. The heroes, the boss, objective tokens, and crate tokens begin the game on the board.

Each round consists of a Fighter turn, an Enemy turn, and a Stage turn.

During the Fighter turn, each player gets to take a turn, in any order. When you take your turn, you’ll draw a card from the Enemy deck, possibly adding a new enemy to your hero’s play area, and then you’ll get to take three actions. In any order, you can move, play one card, and perform one other action, which could be an action on one of your cards in play, moving additional spaces, interacting with a card or something on the board, or gaining defense tokens. After you’re done taking actions, any enemies in your play area will activate, then you’ll draw a card, then the next player will take their turn. 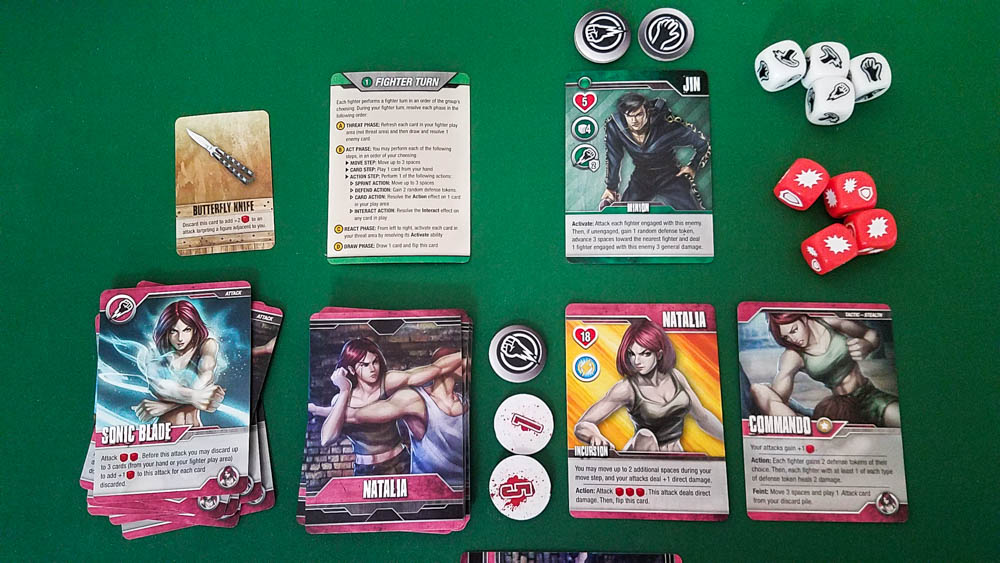 Unsurprisingly, you’ll be spending most of the game fighting the enemies on the board. To attack, you’ll roll the number of dice shown on your card, plus any modifiers, and each die will end up giving you a hit and/or a block token. There are exploding dice in this game, so when you roll the Critical symbol, you count it as a success and roll again. There are three main types of attack: punch, kick, and grapple. When a character is attacked, they can block if they have a matching block token. When your fighter blocks, you flip that token to its power side, which will charge up your fighter’s special ability.

You’ll win the game if you’re able to defeat the boss. You’ll lose if any of the heroes are defeated or if you trigger a Stage card’s loss condition.

Besides the standard Arcade mode, you can also play Story mode, which is the game’s campaign mode. Story mode adds in new cards, such as allies, rivals, and upgrades for both heroes and enemies. You can also use those cards in Arcade mode to make the game easier, more challenging, or just to mix things up. There are also Story decks for each of the heroes, which you can choose to include when playing through one of the main Story decks.

For more info on how to play the game, check out the Street Masters rulebook (PDF). 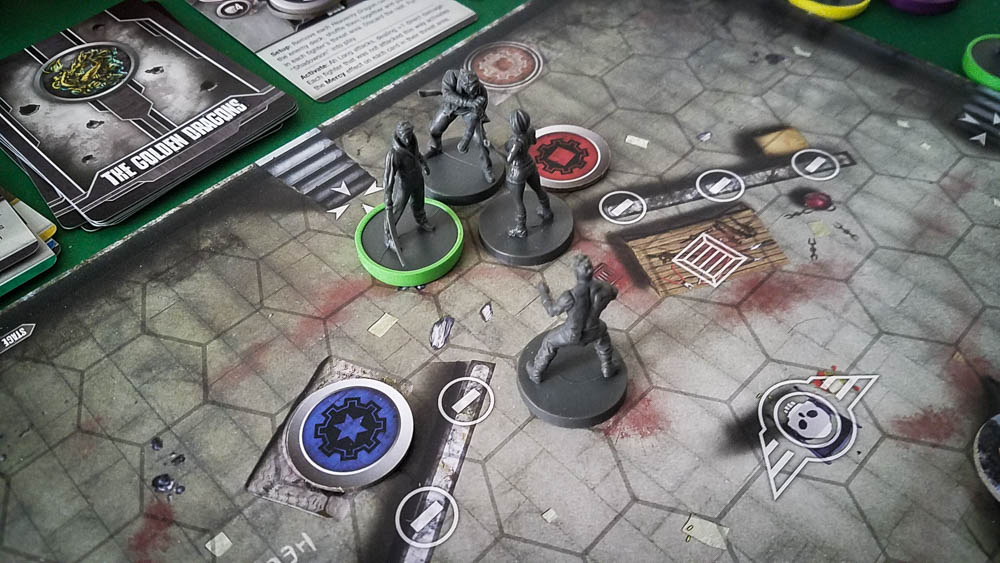 Street Masters isn’t as challenging as I was hoping it’d be, but I’ve still had a lot of fun playing it. All of the characters have their own unique styles, the enemy and stage decks make each game play out differently, and the game has a great look to it.

I think Street Masters is a very cool game and I can see why so many people love it, but I don’t think I’ll be playing it too many more times. I prefer the pacing of another beat ’em up-style game, Beatdown: Streets of Justice, and I’d say Marvel Champions is more challenging and just a better all-around game while scratching a similar itch. This is just one of those cases where a really good game just doesn’t fit in my collection.

I definitely do want to try the Sadler brothers’ other games that use this excellent modular deck system. I’m especially looking forward to playing Altar Quest.

Thanks for taking the time to read our Street Masters review! To stay updated on all things cooperative board games, follow us on Twitter, Facebook, or via RSS.