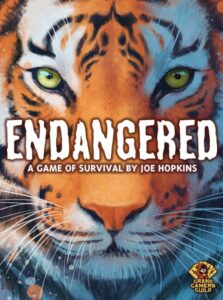 This Endangered review was made after playing the game six times. We were sent a copy of this game by the publisher in exchange for an honest review.

Endangered is a cooperative environmental game in which you play as conservationists who are trying to help certain animal species survive while at the same time working to get the support of UN ambassadors. The game was designed by Joe Hopkins and is published by Grand Gamers Guild. 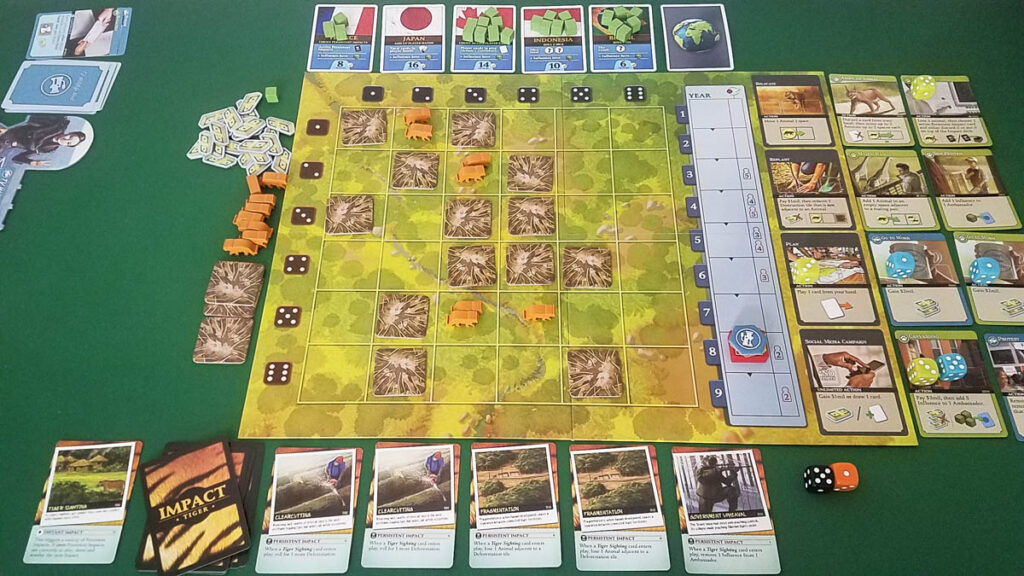 Your goal in Endangered is to get four of the six available ambassadors to agree to vote to help you save an endangered species (tigers or otters in the base game). Each ambassador has a unique objective and you’ll be placing influence cubes on their cards throughout the game. While you work to get their votes, you’ll be trying to help the animals survive as the environment around them gets worse.

Each player gets a role (Zoologist, Lobbyist, TV Wildlife Host, or Philanthropist), that role’s unique deck of player cards, one of their two Specialty abilities, and three dice. Each deck has three types of cards: cards that give you immediate actions and then get discarded; cards that give your character ongoing abilities; and cards that are placed in the Action Zone, giving everyone new actions they can take for the rest of the game. 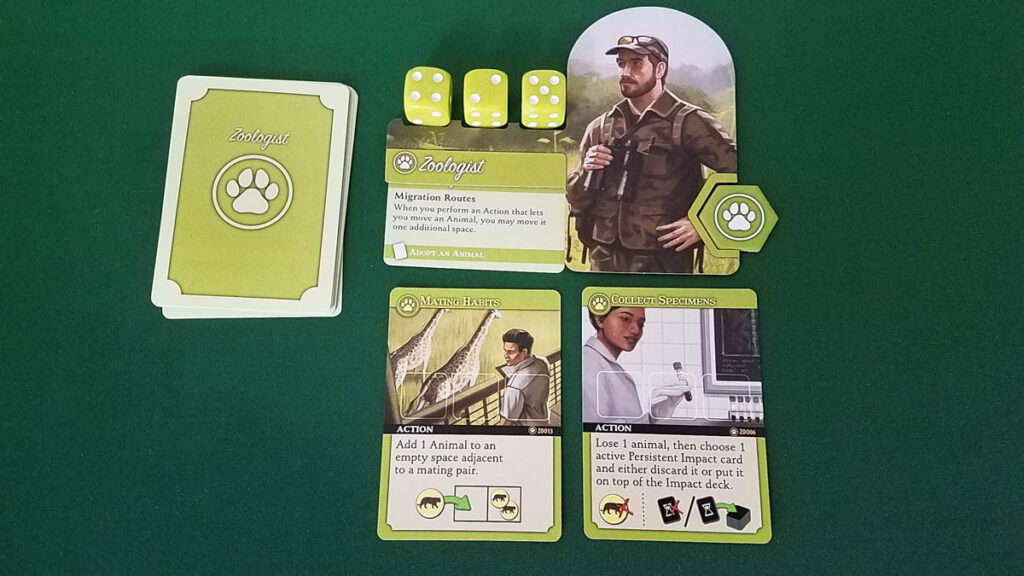 Each turn has five phases:

Certain years are Voting Years. At the end of Voting Years you check to see if you have your four Yes votes from the UN. If you do, you win. If you don’t and it’s the first Voting Year, you keep playing.

You’ll lose the game if you don’t have the votes by the end of the second Voting Year. You can also lose if at any point you have 0 or 1 animals left on the board or if you need to place a Destruction tile and there are none left in the supply. 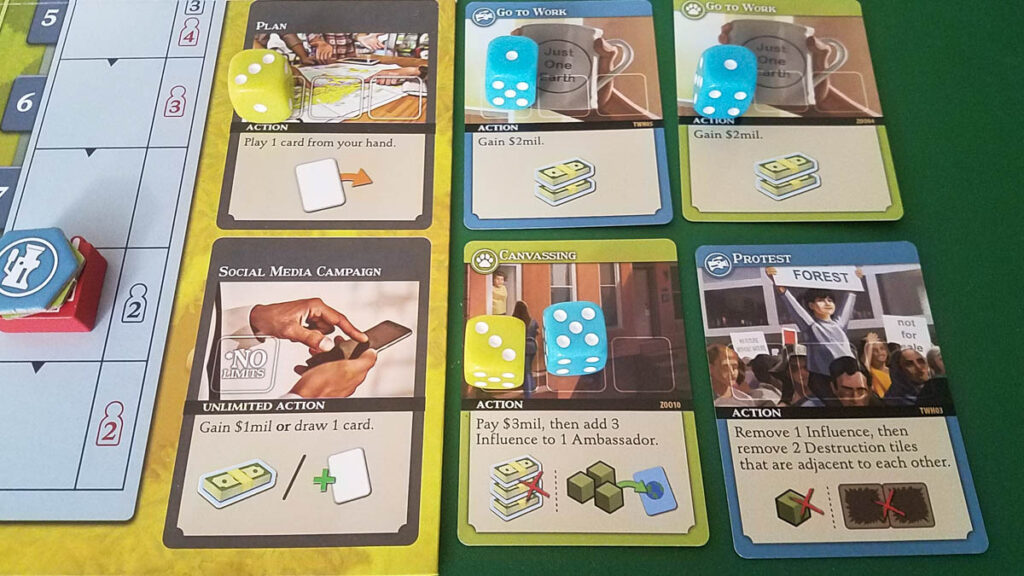 Endangered is one of my favorite co-ops of 2020 so far. It’s not a high-tension game, which is what I usually prefer, but I love the theme, there’s plenty of cooperation, and it’s a good challenge (I’d say expect a 50-60% win rate at normal difficulty). I don’t get a lot of expansions, but I definitely want to check out the Giant Panda module and other expansions they’re making for this game since they do change up the gameplay so much.

I can recommend Endangered to just about anyone who is looking for a solid light-medium cooperative game. If you also happen to be an animal lover, this is a must-try.

Update: Endangered was included on my Best Co-ops of 2020 list!

Thanks for taking the time to read our Endangered review! To stay updated on all things cooperative board games, follow us on Twitter, Facebook, or via RSS.