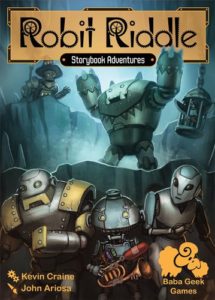 This Robit Riddle: Storybook Adventures review was made after playing the game seven times.

What is Robit Riddle?

Robit Riddle: Storybook Adventures is a cooperative storytelling game in which you play as robots attempting to find out what happened to your pet robits. You’ll travel around Tink Town trying to find answers by searching different locations and chatting with characters that pop up around the city.

Robit Riddle was designed by Kevin Craine and is published by Baba Geek Games. 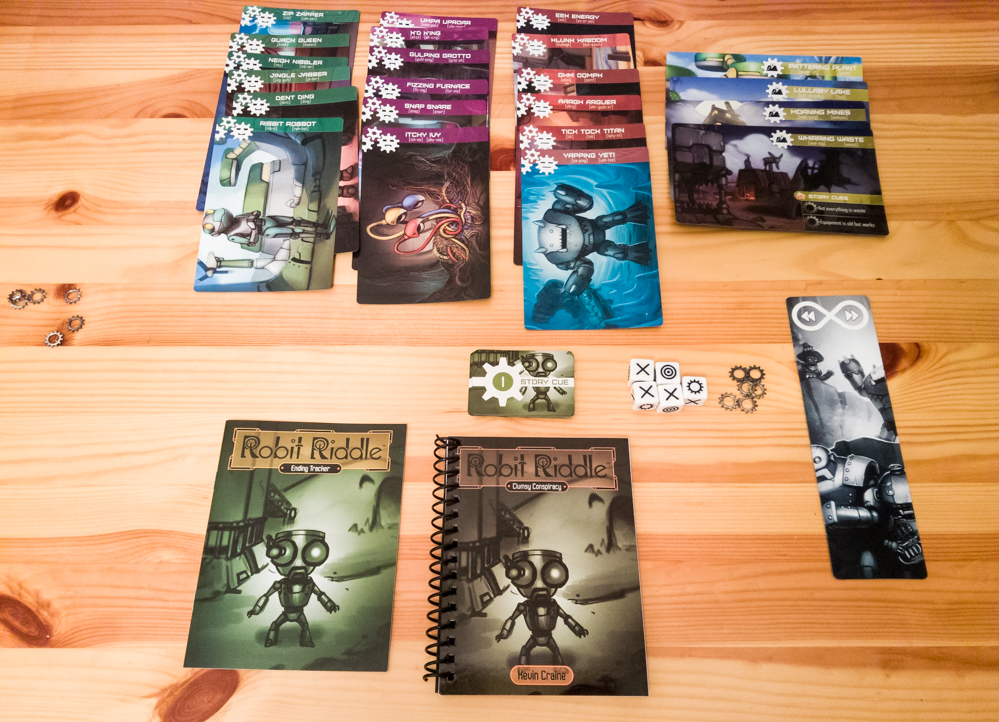 Probably the most important part of Robit Riddle is knowing who your robots are. In the beginning of the game everyone will get a character card and a starting cue card. You’ll see a complete backstory for each character on the backs of their cards, which will give you an idea about who they are and who their robits are. The character cards and the cue cards have “story cues,” which are basically bits of text that tell you how they will act in different situations. The last bit of information found on the character cards is the action box, which tells you how strong the characters are in power/inner strength, wisdom/intellect, and communication/observation.

There are three storybooks in the box and each one answers some of the questions regarding the robot’s missing pets. You’re only going to be playing through one of the storybooks during your game, but you’ll want to eventually play all three to get the full picture of what happened to all of the robits. There are many endings in each book (about 50, I believe), so you can play through a book multiple times with different groups of characters to see how their adventures play out. 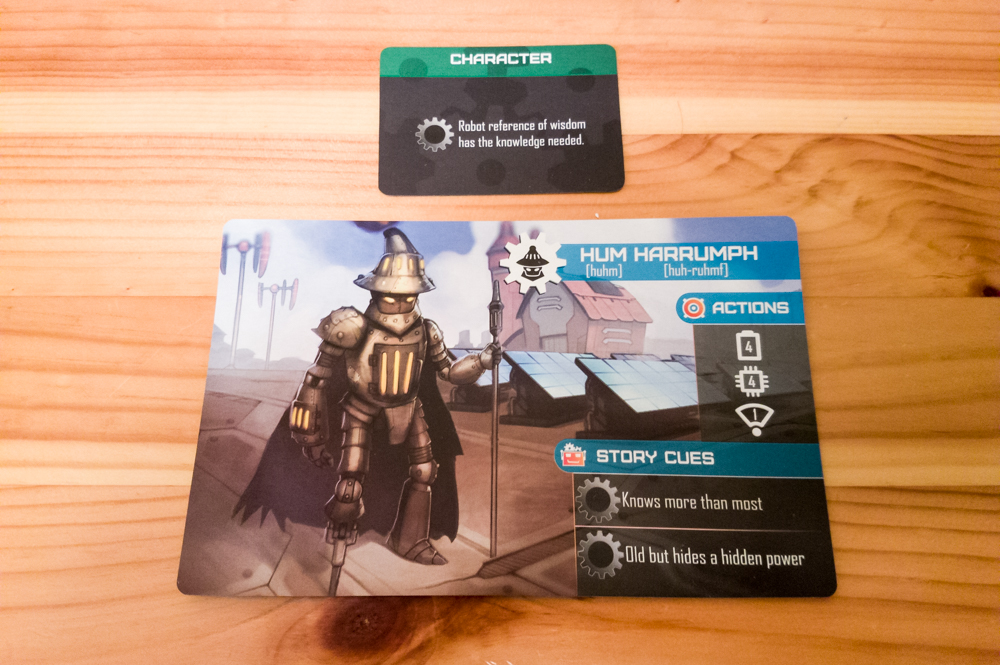 Often you’ll have to deal with encounters throughout the story. In these cases there are two or three options listed at the bottom of the page. The leader chooses one of the actions from their own action box or from an ally’s (if there is one; it can’t be another player’s character) and then rolls dice to see if they succeeded or failed. The value found in the character’s action box is the number of dice that you roll, and the number on the page is how many successes you have to roll.

If you don’t roll enough successes during an encounter, you can get support from your teammates by spending story tokens. This is where the role playing comes into the game. Your teammates can use any of their story cues—either from their character cards or from their cue cards—to give you the extra successes you need. When a player gives support, they should look at the text for their cue and then add to the story by describing what the character is doing in that scene.

At any time, players can spend one story token to place a bookmark in the storybook to save a spot in case the group wants to jump back to that page later. It can’t be used on encounter pages and the bookmark is removed once you’ve resolved the next encounter.

Believe it or not, that’s really all you need to know to jump into a game. You’ll play through the story until you reach an endpoint and then count up the points you’ve gained throughout the game. There are also tracker books in the box that you can use to keep track of the characters you’ve played with and your scores. 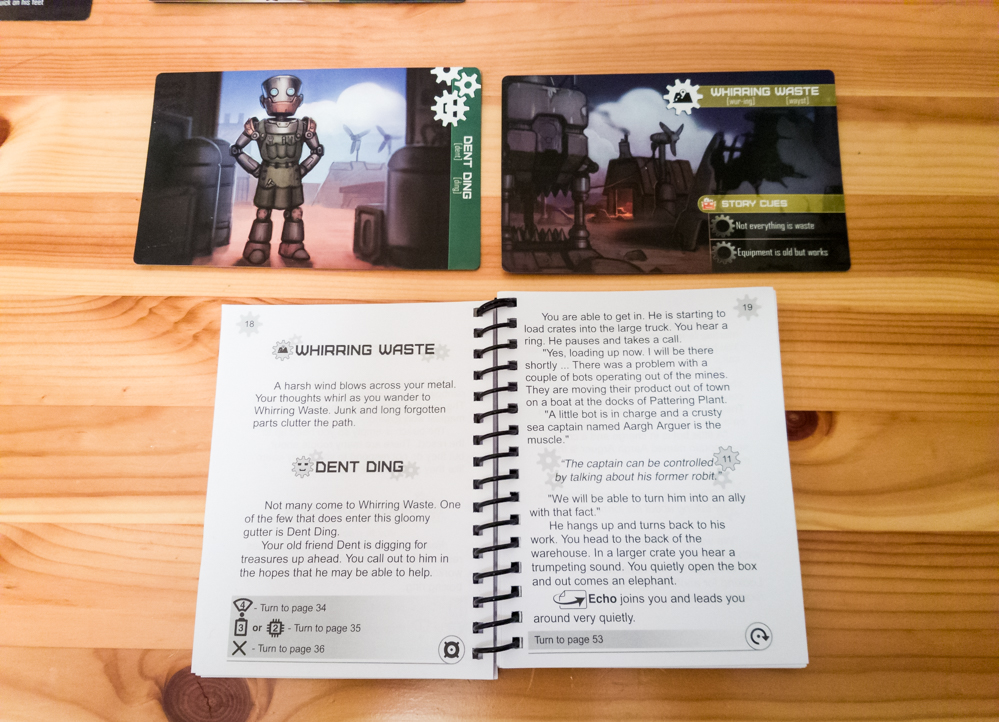 I don’t think Robit Riddle: Storybook Adventures is a good choice for most adult gaming groups since it is so light, but I absolutely do think it’s a solid storytelling game for families. It’s well written, all of the characters are interesting in their own ways, and the artwork brings it all home. It could work very well as an intro to role playing games or it could be a good choice if you’re looking for a storytelling game that takes less than an hour to get through.

Robit Riddle is one of my top 5 surprises of the year so far, mostly because it’s from a first-time designer and I hadn’t heard much about it before playing it. I really do hope that the word spreads about this one because I think it would be a hit with a lot of families.

Thanks for taking the time to read our Robit Riddle: Storybook Adventures review! To stay updated on all things cooperative board games, follow us on Twitter, Facebook, or via RSS.