Skip to content
Co-op Board GamesReviewsEscape the Dark Castle Review 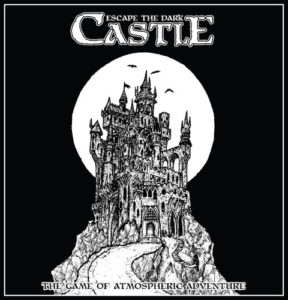 This Escape the Dark Castle review was made after playing the game eight times.

What is Escape the Dark Castle?

Escape the Dark Castle is a cooperative adventure game in which you and your friends are wrongfully convicted prisoners who are trying to use skills and items to escape an evil castle. The game was designed by Alex Crispin, Thomas Pike, and James Shelton, and it is published by Themeborne. 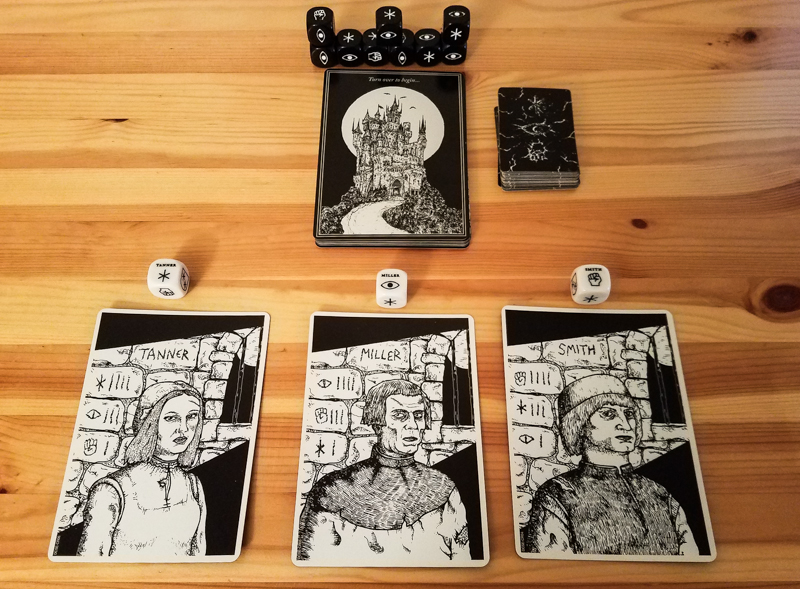 At the start of each game of Escape the Dark Castle, each player will get a character and that character’s unique die. The characters have three traits – might, cunning, and wisdom – and they are all really good in one trait, pretty good in another, and terrible in one. Tanner, for example, has four wisdom icons, three cunning icons, and one might icon on her die (and her character card).

To make the castle deck, you’ll draw 15 of the 45 chapter cards and place them on top of a randomly drawn boss card (there are three bosses in the box). You’ll be going through the deck as if you were reading a book, turning over one page and dealing with whatever the game throws at you. The players decide who turns the page and that player might have some weaknesses during that part of the story.

As you move through the castle, you will have to deal with a bunch of different obstacles (chapter cards) that are in your way. Some of those obstacles will be nasty enemies, some will be traps, and others might not be too bad. Sometimes you’ll have multiple options to choose from for how you can approach an obstacle. 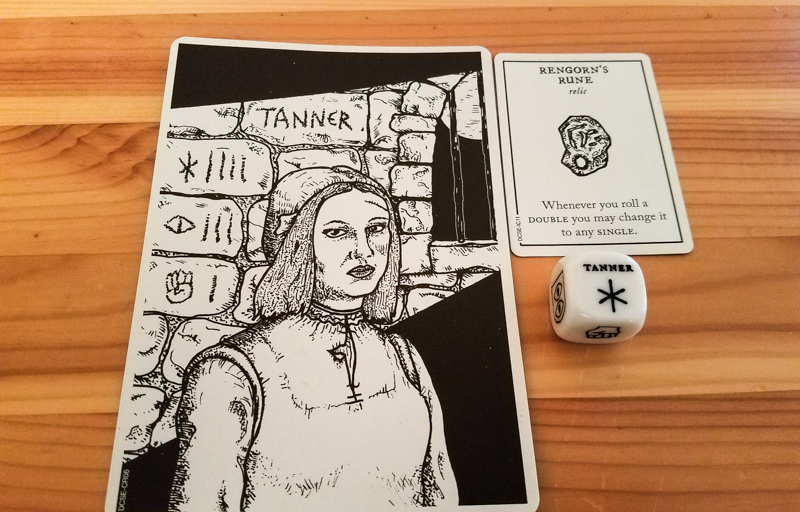 Many of the obstacles will have a list of trait icons that you will have to match with your character dice. Any time a round of fighting ends and there are still chapter dice remaining, characters will take damage based on the attack value found on the enemy’s card. The only way to avoid damage while in battle is to roll a shield on your die. You can also rest during a round, which means you can heal one health point and you won’t take any damage that round.

You would die pretty quickly in this game if you were only relying on your dice, which is why you need to get some item cards! Some items allow you to get special combat abilities and others allow you to heal. Any time your team draws new item cards, the group decides who gets the cards.

If you’re able to get through the entire castle deck and defeat the final boss, everyone wins! You’ll lose if anyone drops to zero health points. 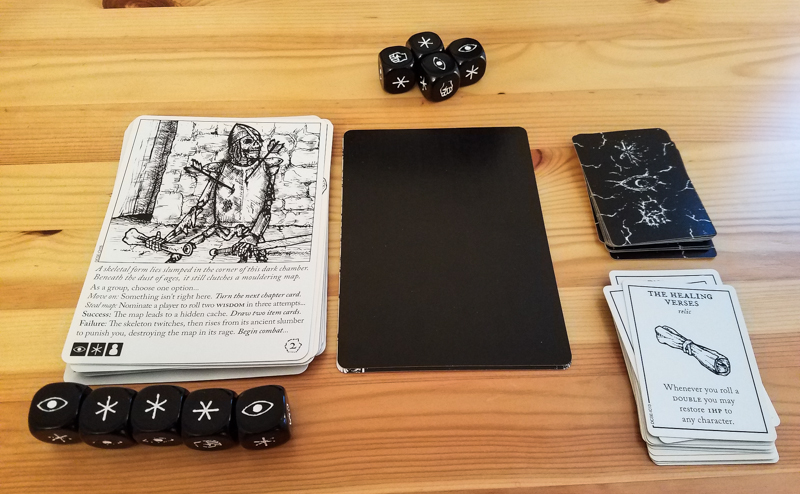 Escape the Dark Castle is a very solid gateway game and I even think most experienced gamers would love to have it on their shelves as a quick and light filler game. The artwork and the writing help to set the light horror setting and with the right group of people you could easily turn this into a pretty good role playing experience.

I don’t know how long Escape the Dark Castle will stay in my collection, but I do know that I will always remember it as the first tabletop game that got my non-gaming brother to the table. He was more than happy to play it multiple times and afterwards asked me if there were any other games like this one. That makes it a true gateway game in my book.

It’s pretty impressive that this is the first game made by these designers and this publisher. I’m definitely looking forward to seeing their future projects.

Update: Also be sure to check out our review of Escape the Dark Sector, a slightly heavier game with very similar mechanisms and a sci-fi theme.

Thanks for taking the time to read our Escape the Dark Castle review! To stay updated on all things cooperative board games, follow us on Twitter, Facebook, or via RSS.