Skip to content
Co-op Board GamesReviewsThe Liberation of Rietburg Review 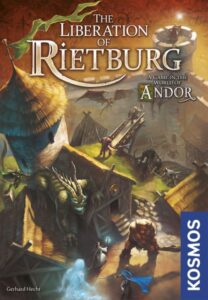 This The Liberation of Rietburg review was made after playing the game six times. We were sent a copy of this game by the publisher in exchange for an honest review.

What is The Liberation of Rietburg?

The Liberation of Rietburg is a cooperative tower defense card game in which you play as heroes who are attempting to regain control of their castle, which has been taken over by some evil creatures. The game is set in the same world as Legends of Andor.

The Liberation of Rietburg was designed by Gerhard Hecht and it is published by KOSMOS.

The Liberation of Rietburg Gameplay 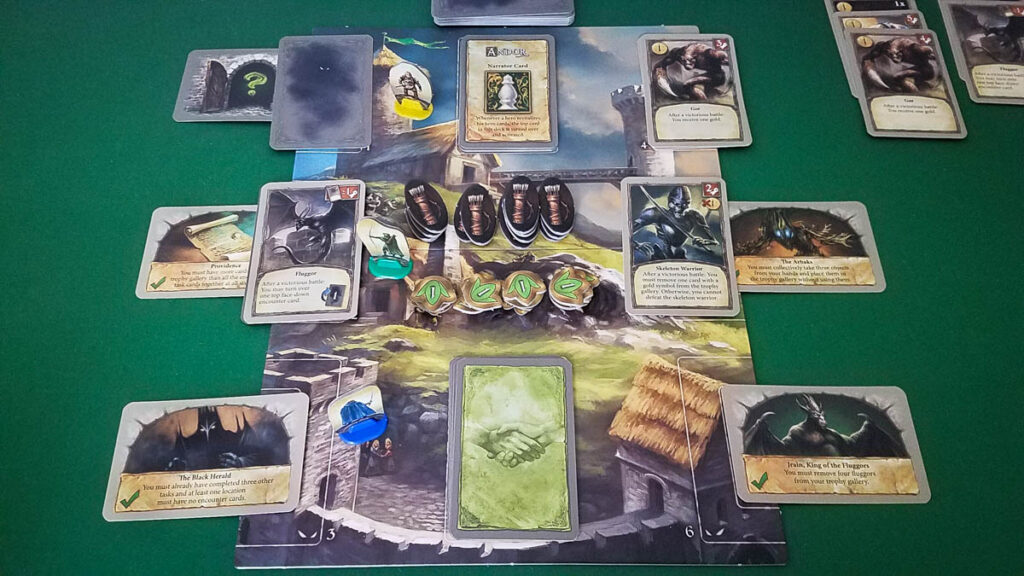 In The Liberation of Rietburg, you’ll be sending your heroes to six locations around your city to fight enemies, pick up some helpful items, and complete tasks. The Task cards’ objectives can range from defeating certain types of enemies to making sure that there aren’t too many Encounter cards at the locations. Your goal is to complete four of the six tasks before time runs out.

At the start of the game, each of the locations will have a face-down Task card. During setup and throughout the game, you’ll draw Narrator cards that will tell you where to place new Encounter cards, which are put face-up or face-down on top of the Task cards. You need to work your way through those encounters by fighting the enemies and picking up the items so you can flip the Task cards.

You have two main options on your turn: play a card or pick up your previously played cards. When you pick up your cards, you have to draw a Narrator card, which adds two more Encounters to the board. There are also some free actions, including revealing face-down Task cards, completing tasks, and picking up objects/items at your location.

Most of the heroes have three cards (one hero has four) and most turns you’ll be using one of your cards to take actions. Each Hero card has three action options and you’ll choose one of those options each turn. For example, you could use a card to flip over an Encounter card and then fight an enemy, or you might pull an enemy from another location to yours. All of the heroes’ cards have different sets of actions and they also have unique abilities, such as Kheela’s Water Spirit that she can send to a location to give all of the heroes combat bonuses. You’ll also possibly get Object and Friend cards during the game, which give you new abilities and more cards to work with on your turn.

To defeat an enemy, you have to match or exceed their Battle Strength with the Battle Strength on your card. If another hero is at your location, they can play a card to add to your Battle Strength, which is the best way to take down some of the larger creatures. Defeated enemies give you rewards, such as gold, Friend cards, and the ability to instantly remove a face-down Encounter card. 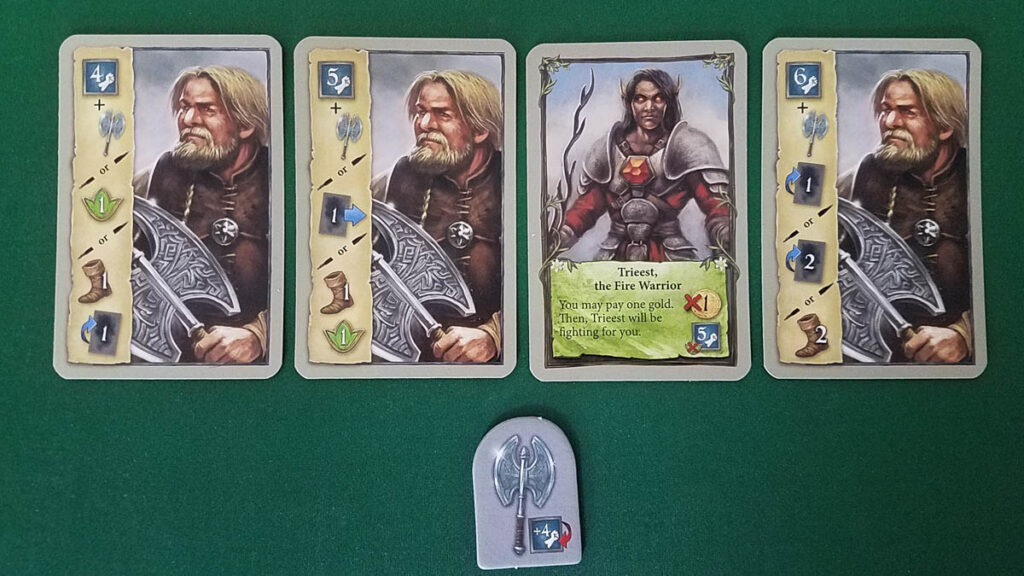 I’ve had a lot of fun playing The Liberation of Rietburg, which doesn’t really surprise me because I generally enjoy playing lightweight co-op puzzle games. That hand management system is really cool, I like having different tasks to complete each game, and it’s a good challenge even at the lowest difficulty level. I don’t know if it will go into my filler game rotation, but I am going to keep it in my collection for now because I think it’ll work great as a gateway game.

As far as player counts go, I think it’s best as a three or four-player game. It works fine at two, but I like having more heroes to combo with and I think the puzzle is a bit more interesting with more players.

If you’re a fan of lighter cooperative games, you’ll probably like The Liberation of Rietburg. If you also happen to enjoy playing puzzle games, I’d definitely recommend this one. Just don’t expect it to play like Legends of Andor since, other than being set in the same world, they play pretty differently.

The Liberation of Rietburg Links

Thanks for taking the time to read our The Liberation of Rietburg review! To stay updated on all things cooperative board games, follow us on Twitter, Facebook, or via RSS.