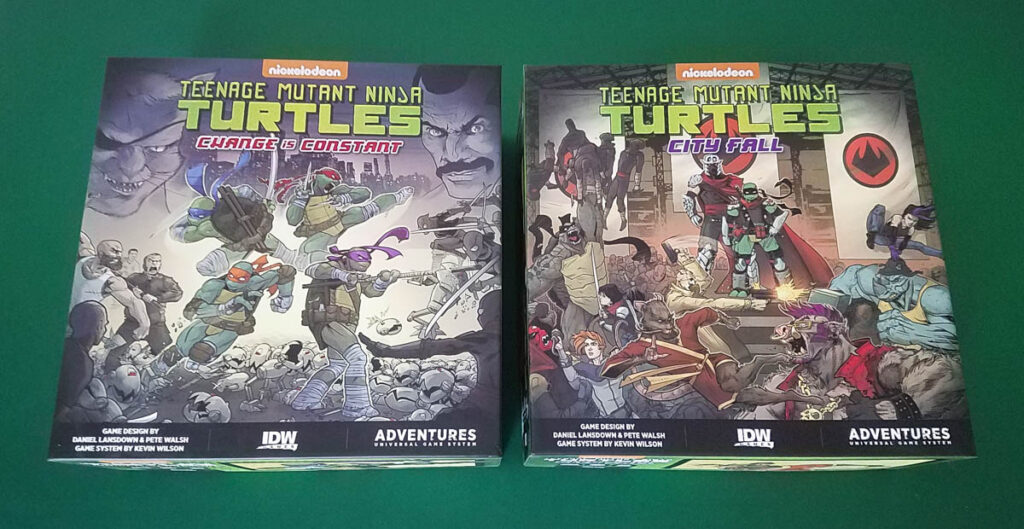 This Teenage Mutant Ninja Turtles Adventures review was made after playing parts of Change is Constant and City Fall. We were sent these games by the publisher in exchange for an honest review.

What is TMNT Adventures?

Teenage Mutant Ninja Turtles Adventures are scenario-driven campaign games based on IDW’s TMNT comic series in which players battle with and against popular Ninja Turtles characters.

Change is Constant and City Fall were designed by Daniel Lansdown, Pete Walsh, and Kevin Wilson, and they are published by IDW Games. 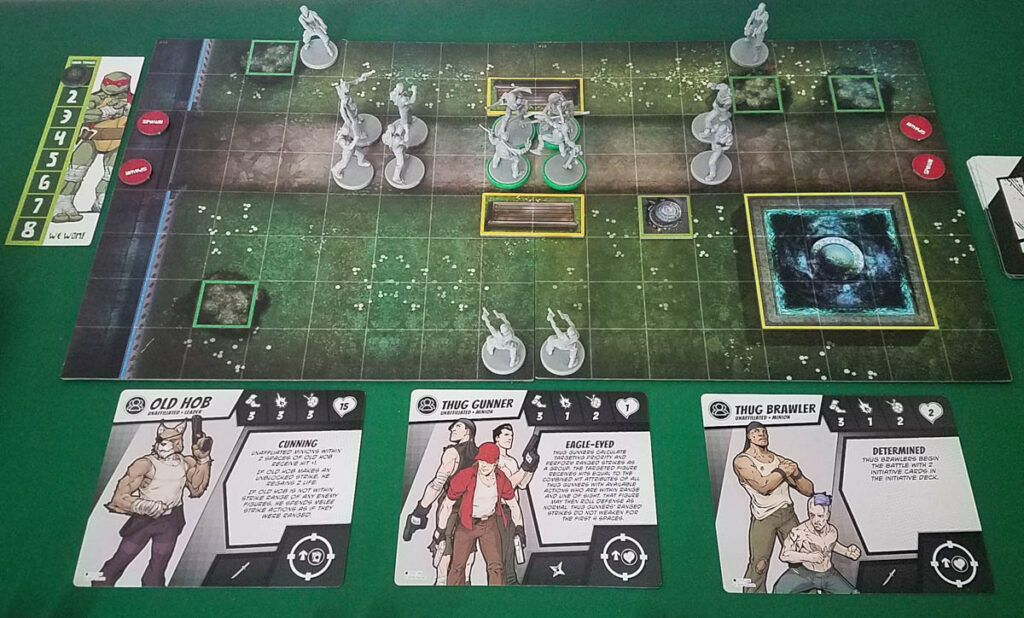 I’m going to be focusing on the fully cooperative mode here, but just know that in the One vs. Many mode one player controls the villains and uses ability cards to move the villains around and help them complete their objectives. Otherwise gameplay is pretty similar and you can play the majority of the scenarios in both modes.

You begin a game of TMNT Adventures by choosing a campaign in the Adventure Comic, which covers different stories from the TMNT comic book series. You can also easily play any of the scenarios as one-offs or play one of the standalone Arcade Battles. Each scenario includes the win conditions for the heroes and the villains, the number of figures that will be in the battle, and the map layout, which includes different terrain that can change what your heroes can see and how they can move around. You can use heroes from any of the TMNT Adventures games unless the scenario specifically says you can’t use certain ones.

Each hero has a Hero Sheet, unique Special Move cards, and a unique set of action dice. A Hero Sheet lists the icons found on that hero’s dice, their special ability, and their different attributes (movement, attack, defend, health, etc.). The Skill attribute tells you how many of your hero’s Special Move cards you can bring to the battle, and the Focus attribute tells you how many Focus (reroll) tokens you get.

Each round in co-op mode has three phases:

If a hero’s health is ever reduced to zero, they are “knocked down” and can attempt to “awaken” on their next turn by rolling dice equal to their Defend attribute plus some modifiers. If at any point every hero is knocked down, the heroes lose. The heroes also lose if the villains complete their win conditions before the heroes complete theirs.

That’s a basic overview of how the game plays. Check out the official rulebook on BGG for more info. 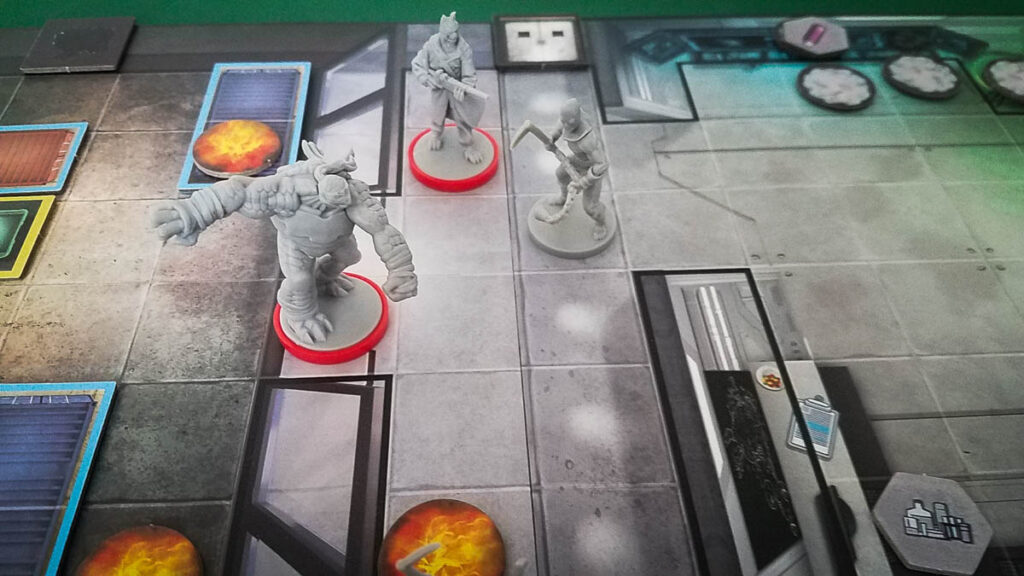 These pros and cons are all for the co-op mode.

I am a very big fan of these Teenage Mutant Ninja Turtles Adventures games. What mattered most to me going in was that they made me feel like I was in the Ninja Turtles’ world, especially because I knew I’d be playing with at least one huge TMNT fan. Well… success! The Adventure Comics, the abilities, and the look of everything set up on the table definitely do the job of making you feel like you’re battling in that world.

I’ve now played four games of both Change is Constant and City Fall (2 four-player games and 6 two-player games, all co-op) and every scenario was enjoyable, including the one tutorial scenario we played. Other than a couple times each game when we were confused about some rules, the games flowed well and all of them except for one had close finishes.

I think these games are awesome, but that’s mostly because of the theme and that main dice sharing mechanism. If you’re not a TMNT fan or you could take or leave the dice sharing, these games probably won’t be for you. If you are a TMNT fan and these seem like the types of games your group would enjoy, chances are you’d have a blast playing them.

If you’re trying to figure out which one to get, I’d say Change is Constant is the better one to start with since it’s the first volume in the series and it’s the one with the four main turtles. City Fall has a lot of the well-known characters, though, like Splinter, April O’Neil, Shredder, Bebop, and Rocksteady. Still, I’d start with Change is Constant if you don’t want to get both games right away.

Update: Teenage Mutant Ninja Turtles Adventures made it onto our Top 40 Cooperative Board Games list!

Thanks for taking the time to read our Teenage Mutant Ninja Turtles Adventures review! To stay updated on all things cooperative board games, follow us on Twitter, Facebook, or via RSS.