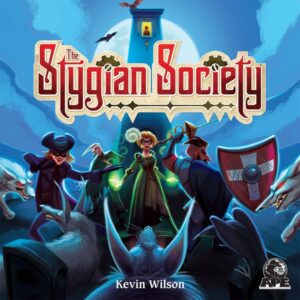 This The Stygian Society review was made after playing the game six times. We were sent a copy of this game by the publisher in exchange for an honest review.

What is The Stygian Society?

The Stygian Society is a cooperative dungeon crawl in which you play as a group of uniquely-skilled heroes who attempt to fight to the top of a six-level tower to take on a powerful wizard. Rather than rolling dice in this game, you (and the enemies) instead drop cubes into a cube tower.

The Stygian Society was designed by Kevin Wilson (TMNT Adventures) and is published by APE Games. 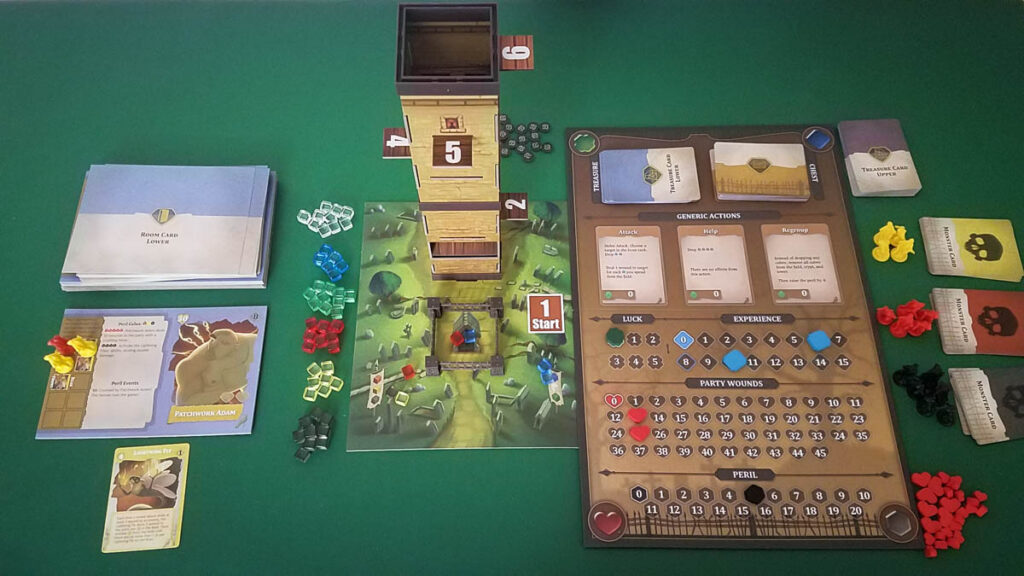 Your goal in The Stygian Society is to make it to the top of the six-level tower and defeat the wizard. Each level of the tower has different enemies you’ll need to fight, including a mid-boss on the third level. Your heroes have unique skills that they can use to fight the enemies, but the enemies have their own unique abilities that they’ll use to try to stop you.

The focal point of the game is the cube tower. It tracks your party’s progress up the tower and it’s where you dump everyone’s skill cubes. Some cubes make it through the tower when you drop them in and some will get knocked through on a future turn. Any hero or enemy cubes that land inside of the fenced-in crypt count as two cubes. The cubes are only removed from the crypt and the field when heroes or enemies use them and when the heroes clear a level.

There are four tracks on the main board: Luck, Experience, Party Wounds, and Peril. Luck is gained in multiple ways and it can be spent to get cubes of any color. When your party gains enough experience by defeating enemies, everyone levels up and gets a new skill card (each hero has multiple Level 1, 2, and 3 skill cards). The Party Wounds track is where you track your team’s health. You’ll gain Peril whenever an enemy attacks you and you’ll trigger Peril Events when you reach the thresholds shown on the room cards. 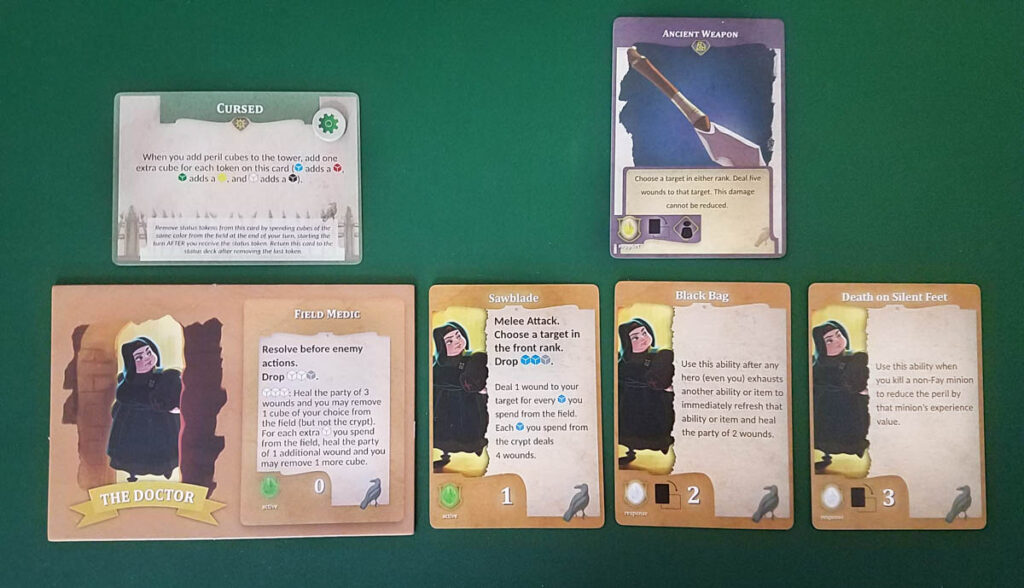 During a turn, you’ll choose a target, choose an Attack skill to use (either your own or one of the three generic actions), gather the cubes shown plus the Peril cubes shown on the room/mid-boss/wizard card, and drop all of those cubes in the cube tower. The enemies and the room then activate if there are enough cubes on the board to trigger their abilities. Then you get to attack your target if you have the cubes you need. There are also Support, Passive, and Response skill cards that you can use during your turn and sometimes during other players’ turns.

After you clear a level, you get one or more chests to open, which usually trigger negative effects if you have too much Peril. After that, you get two treasure cards that are either given to individual heroes or they are cards that the whole party can use.

You’ll beat the game if you defeat the wizard at the top of the tower. You’ll lose if your team takes too many wounds or if another loss condition is triggered.

That should give you an idea of how the game plays, but I definitely didn’t go over everything. Check out The Stygian Society rulebook (PDF) for more info. 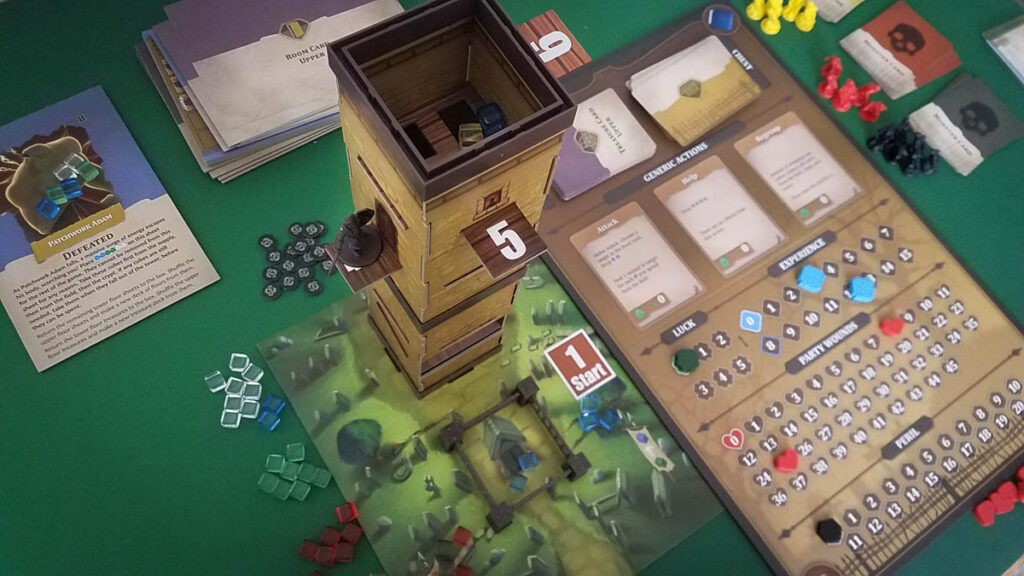 I think The Stygian Society is an excellent cooperative game. The cube tower is awesome and definitely more than just a gimmick, the heroes all have cool skills that make you feel powerful, and each game plays out differently. Every time we decided on an action and dropped cubes into that tower during those first six games, I was fully immersed and genuinely excited. It’s consistently fun and it’s a unique gaming experience, which is a combination of compliments that I can’t give most fantasy co-ops that come out these days.

If you like cube towers or you think you will, absolutely give The Stygian Society a try. If you enjoy challenging cooperative board games, chances are you’ll really like this one. It works as a two-player game (you can play with multiple heroes each or use the included two-player variant), but I’d mostly recommend it as a three or four-player game.

The Stygian Society is one of the best new co-op games that I’ve played so far this year. I believe it is the first cooperative game with a cube tower and it works so well here that I’m hoping more come out in the future.

Update: The Stygian Society was included on my Best Co-ops of 2020 list!

Thanks for taking the time to read our The Stygian Society review! To stay updated on all things cooperative board games, follow us on Twitter, Facebook, or via RSS.