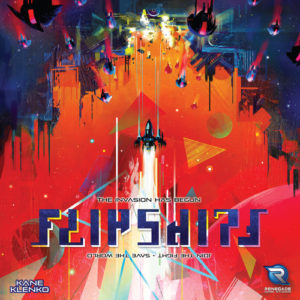 This Flip Ships review was made after playing the game six times.

What is Flip Ships?

Flip Ships is a cooperative dexterity game in which you’re attempting to flip your ships so they take out enemy ships and, hopefully, the Mothership! Flip Ships is published by Renegade Game Studios and was designed by Kane Klenko. 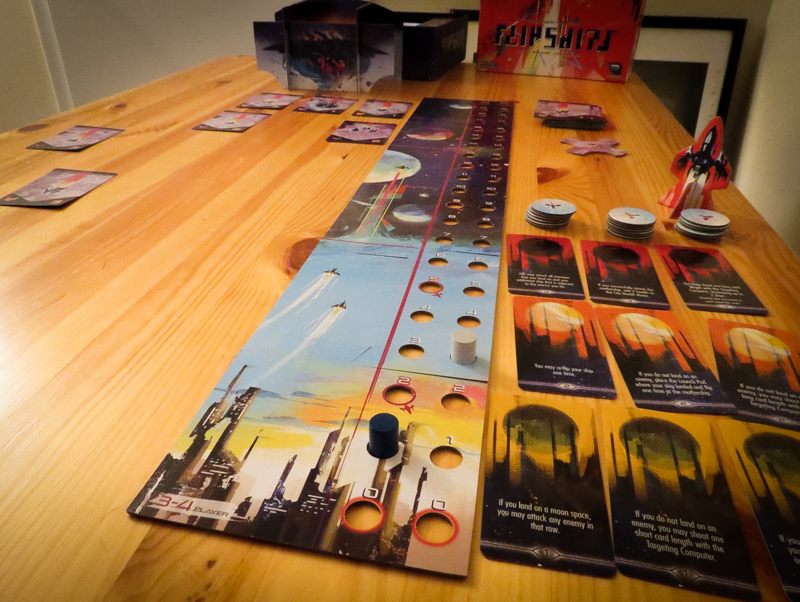 During each turn, players attempt to flick or flip their ships to take out the enemies. You can use the edge of the table or the included Launch Pad (we always use the Launch Pad). You’re attempting to either land on the ship cards to take them out or land inside of the Mothership to reduce its health. Usually it just takes one hit to take out an enemy, but some of them shield the ships around them while others require two hits to be destroyed.

Each player will have his or her own ships. There are three levels of ships, each of which has its own unique special abilities. Some of these abilities include getting extra flips at the Mothership, using the Targeting Computer Card to hit enemies a certain distance away from you, and healing your city. You gain new ships each time the health marker lands on or passes a ship icon; this represents reinforcements coming in as the battle gets tougher. 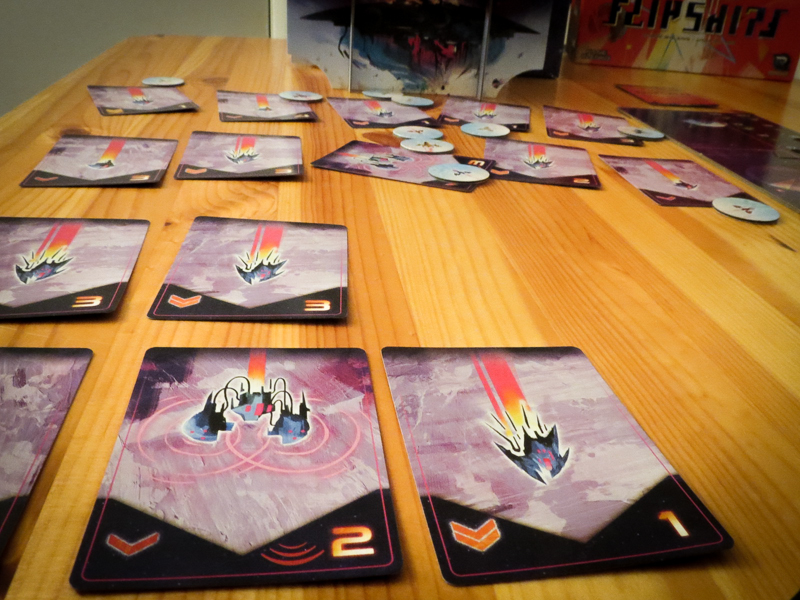 After all players have taken their turns, the enemies fight back. Each enemy card shows the speed it moves toward the city and the amount of damage it inflicts. Any enemy that makes it into the atmosphere deals damage and then gets shuffled back into the enemy deck.

After a round is over, you’ll fill in the back two rows with more enemy ships. If there are six or fewer ships left on the table, the enemy ships will do double the amount of damage at the end of the round if they aren’t destroyed. If you survive that final round, the Final Assault takes place and you will attempt to bring the Mothership down to zero health.

You’ll win the game if you destroy the Mothership and all enemy ships. You’ll lose if the city’s health meter reaches zero or if the Mothership survives the Final Assault. 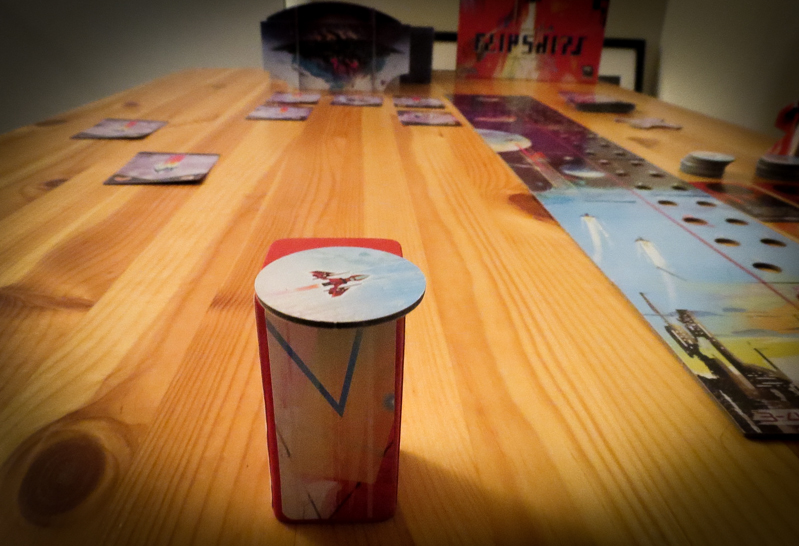 My group has had a lot of fun playing Flip Ships. The theme works well and it’s extremely satisfying to take out some baddies with the flick of a finger. Dungeon Fighter is still our favorite cooperative dexterity game, but Flip Ships isn’t too far behind.

I have a feeling Flip Ships will be a great convention game for years to come, but not necessary one people will regularly play at home or at their game nights. However, I do think most people would be happy to keep it on their shelves since it works well as a party game and it provides a unique experience.

Thanks for taking the time to read our Flip Ships review! To stay updated on all things cooperative board games, follow us on Twitter, Facebook, or via RSS.