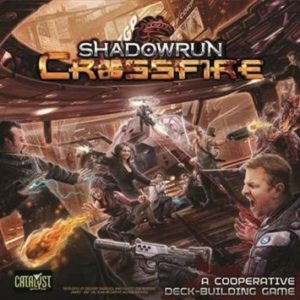 This Shadowrun: Crossfire review was made after playing the game nine times.

What is Shadowrun: Crossfire?

Shadowrun: Crossfire is a cyberpunk deck building game where your main goal is to survive as outlaws in a world of ruthless megacorporations. Though you’ve been assured your job is easy enough, everything starts to go terribly wrong. You must adapt and work together through different missions to come out of the job alive and stronger than ever. 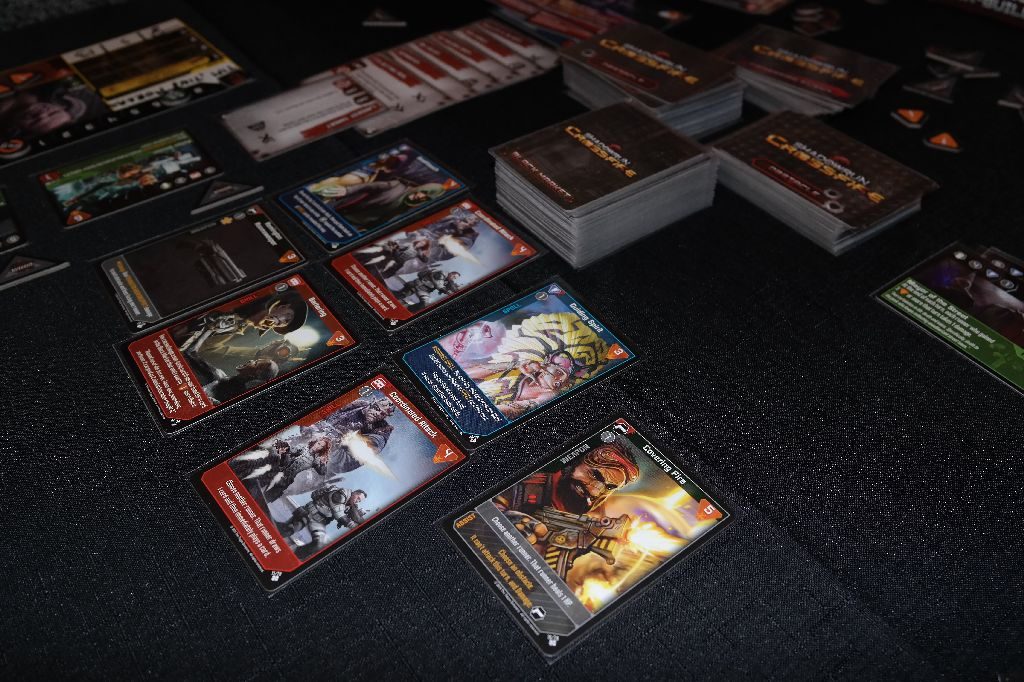 At the beginning of the game, each player chooses a character and a race (for example, you could play as a Street Samurai Troll). Each character starts with his or her own attributes and cards, which allows for customized play as the campaign moves forward. Players draw a number of cards determined by their race, which will be their opening weapons and items to use during the campaign.

On each turn, obstacle cards / enemies are flipped to determine what each character will go up against. Some of these enemies will have special abilities, while others can be defeated by simply matching cards to the symbols on their hit tracks.

Players will also have an opportunity to buy new cards for their decks during their turns. Unlike other deck building games, the cards you buy go directly into your hand. These cards can be used immediately on subsequent turns.

Shadowrun: Crossfire isn’t all about just building your decks and fighting bad guys, though. Well, it kind of is, but you also have to pay attention to the current event that is going on. Each Crossfire card that comes out at the beginning of the round will alter the way that you handle your current situation. Most of these cards make the game much harder, which incentivizes you to get through your mission as quickly as possible.

In the main mission, Crossfire, you have to survive three rounds of play to win, gaining karma. As you gain karma, you can can upgrade your character in the form of stickers. If even one character survives the mission, players receive partial karma and can move on to the next mission.

Here is a PDF with the Shadowrun: Crossfire rules if you want to learn a it more about how the game works.

Shadowrun: Crossfire is a beautifully designed deck builder that just about any co-op fan will enjoy. It has a ton of replay value thanks to the upgradeable characters, and the missions themselves are, for me and my group, perfectly challenging. Even if you don’t plan on putting in all of the hours it would take to fully build up your characters, it is still worth checking out just to see how unique it is and how well it plays.

Update: Check out my review of Dragonfire, a newer game that uses a lot of the same mechanics found in Shadowrun: Crossfire.

Thanks for taking the time to read our Shadowrun: Crossfire review!  To stay updated on all things cooperative board games, follow us on Twitter, Facebook, or via RSS.