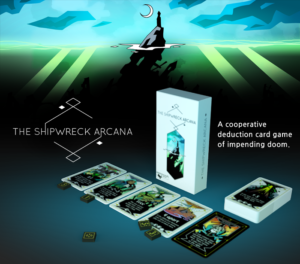 This The Shipwreck Arcana review is based on 12 plays, including at least one game at each player count.

What is The Shipwreck Arcana?

The Shipwreck Arcana is a cooperative deduction game in which you are fortune tellers attempting to prevent your teammates from suffering horrible fates. It was designed by Kevin Bishop and is published by Meromorph Games. 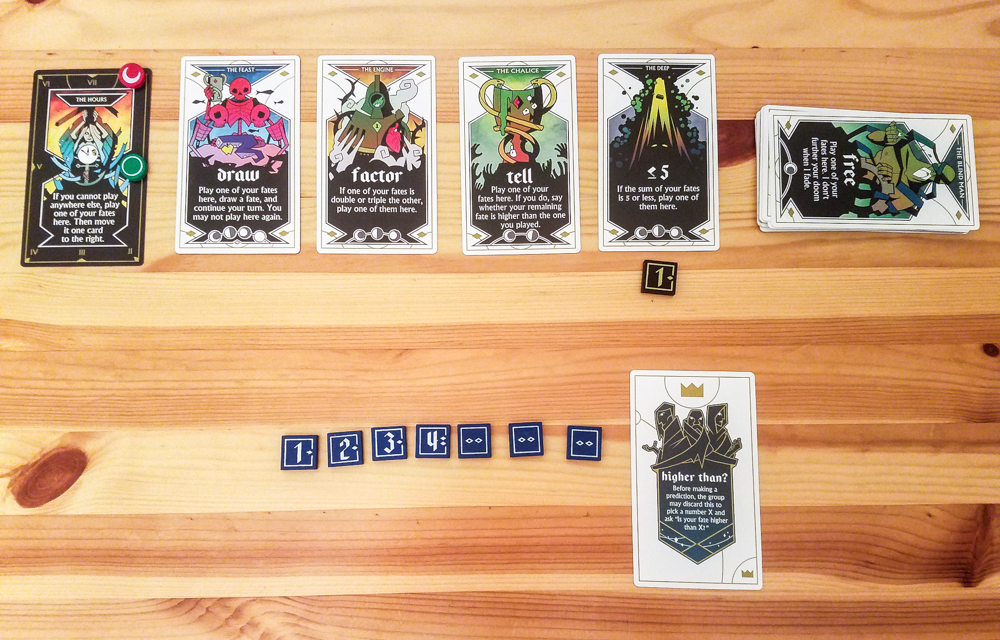 To begin a game of The Shipwreck Arcana, everyone will get their own set of seven Number Line tokens. You’ll then place The Hours card on the table along with four Arcane cards. Finally, you’ll put all of the Fate tokens in the draw bag.

On your turn, you will draw up to two Fate tokens. After that, it will be your job to give your teammates information about one of those tokens so they can guess what the other one is. You help them out by playing one of the Fate tokens on an Arcana card.

Each Arcana card has text that tells you if you can legally play one of your Fate tokens on it. For example, with the Arcana card The Noble, you can place a Fate token there if one of the tokens is a 3, 4, or 5 and the other isn’t one of those three numbers.

Every time you play a Fate token, you are hoping that you are giving enough information to your teammates so they can deduce what you have in your hand. Each turn you should give them at least some information, which allows them to flip over some of your Number Line tokens (the ones that you have canceled out with your clues).

The Arcana cards also have “fading” points. Each Fate token has a number of pips on it, representing hours spent on that task. If the number of pips ever meets or exceeds a card’s “duration,” the card fades. If you didn’t make a correct prediction that turn, the doom token moves up two spots and the card gets flipped over. If you did make a correct prediction, the card simply gets flipped. Once an Arcana card is flipped, the team gains a new one-time-use ability and you add a new Arcana card in the old one’s spot.

And that’s about it. If you can beat the doom tracker to 7, you win! You can up the difficulty by placing the doom token further up the track at the beginning of the game. 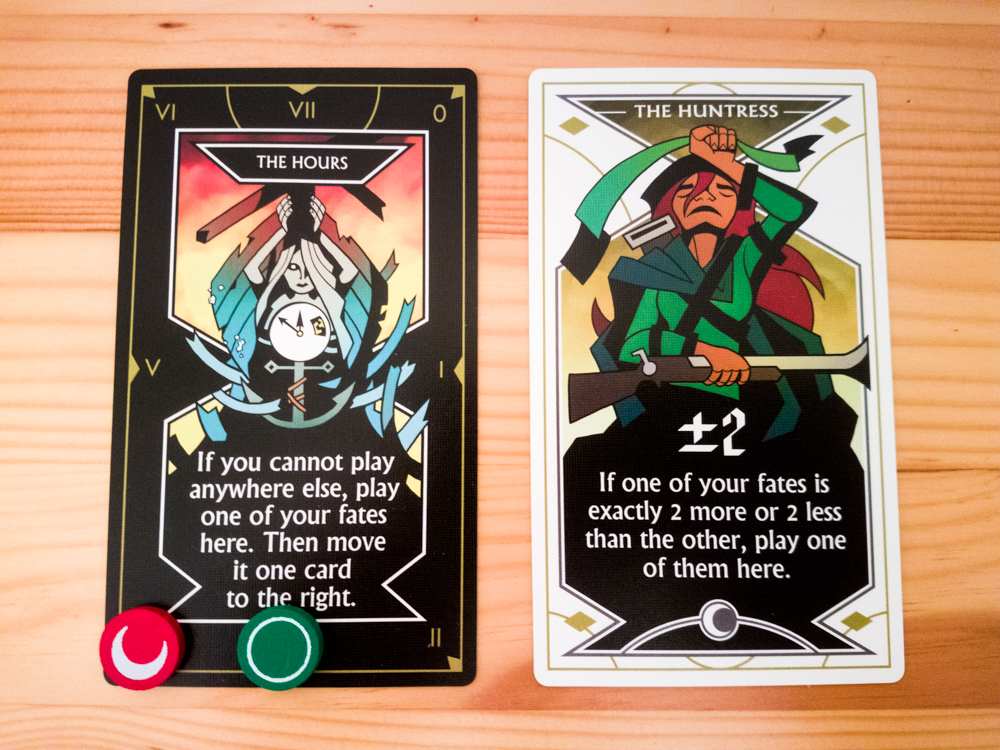 Get your copy of The Shipwreck Arcana at Meromorph Games

Hanabi and The Ravens of Thri Sahashri are probably our favorite small-footprint cooperative deduction games, but The Shipwreck Arcana isn’t too far behind those two. It’s a highly interactive puzzle that is a great filler game for 3-5 players. It’s also quite challenging at the two highest difficulty levels. If you like deduction games and/or co-ops, you’ll probably want to check out The Shipwreck Arcana.

Thanks for taking the time to read our The Shipwreck Arcana review! To stay updated on all things cooperative board games, follow us on Twitter, Facebook, or via RSS.