Skip to content
Co-op Board GamesReviewsHeroes of Terrinoth Review 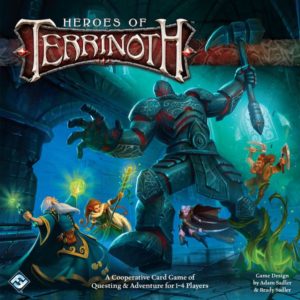 This Heroes of Terrinoth review was made after playing the game five times.

What is Heroes of Terrinoth?

Heroes of Terrinoth is a cooperative fantasy game in which you play cards and roll dice in hopes of killing enemies and completing quests. It uses the same game engine found in Warhammer Quest: The Adventure Card Game, but this game is set in The Realms of Terrinoth, which is the universe used in games like Rune Age and Descent.

Heroes of Terrinoth was designed by Brady Sadler and Adam Sadler, and it’s published by Fantasy Flight Games. 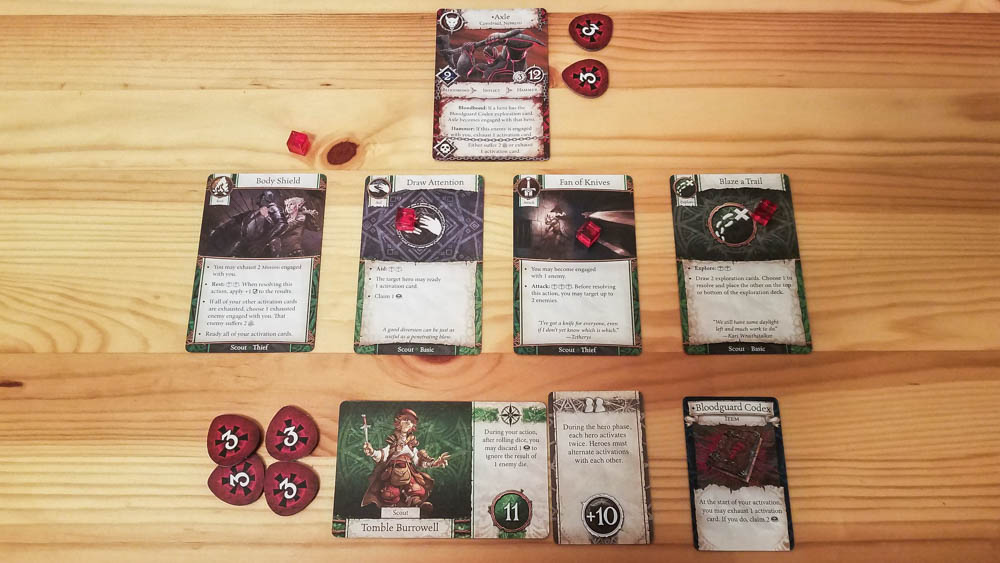 At the beginning of every game of Heroes of Terrinoth, everyone will choose one of the 18 heroes and then you’ll decide which one of the eight quests you want to go on. The quest sheet will tell you how to set up the game and what your objectives are, which usually includes defeating a Nemesis. Each hero has four unique activation cards and a special ability that they’ll be able to use throughout the game.

There are four phases in each round of the game: 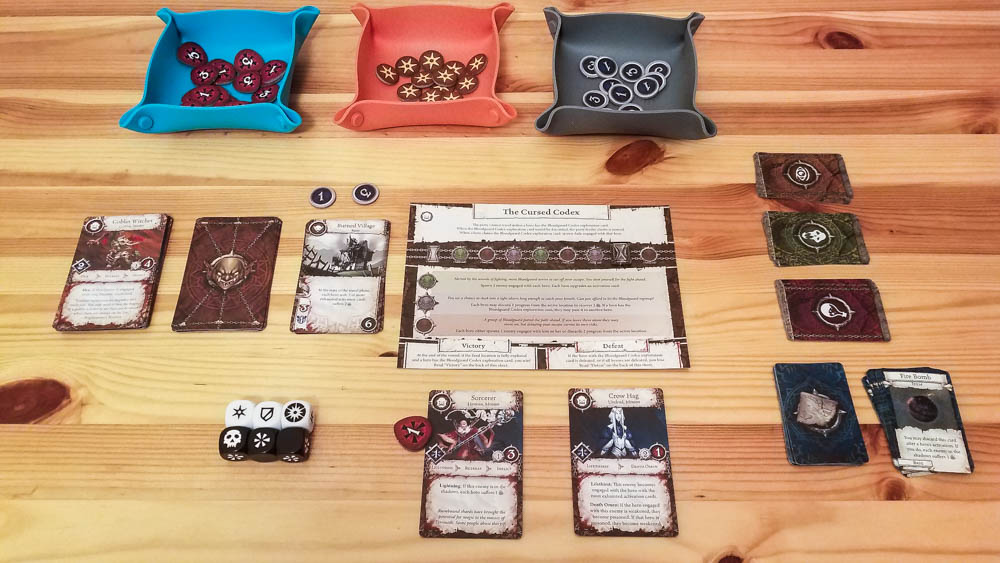 The Success tokens that you can get from Aid actions and other abilities in the game allow you to add more successes to whatever you roll on your turn. You’re allowed to hold up to five tokens and you can choose to use up to two of them every turn.

Most of the time you’ll be focusing on figuring out which enemies you should be engaged with and which actions you should take each turn. Sometimes it’s best to explore and take some damage from the enemies in front of you, while in other cases you might want to use your attack action and clear out some of those enemies. Timing your actions is extremely important since you’ll usually have to use your Rest action to be able to take your best actions again in a future round. You’ll also want to think about when you should travel since you don’t want too many enemies following you to the next location.

There are “Victory” and “Defeat” conditions on each quest sheet. You might have to explore all of the locations and defeat the Nemesis to win, or you might just have to survive until you make it to a specific spot on the peril track. In most cases you’ll lose if all of the heroes are defeated.

Heroes of Terrinoth is only slightly different than Warhammer Quest: The Adventure Card Game mechanically, but I really like the changes they made. I like that all of the quests were designed to be played as one-offs and that there are more characters and enemies in this game. Oh, and I really like that they changed how the Success tokens work, allowing you to use them for any action rather than having to place them on an action card when you get them.

If you didn’t enjoy Warhammer Quest: The Adventure Card Game, chances are you won’t like Heroes of Terrinoth either since the two games are so similar. Even if you prefer this theme, it probably won’t be enough to make you like the game.

If you’ve never experienced this game system before, I’d recommend Heroes of Terrinoth if you like dice rolling games, fantasy games, or if you really like this theme. It’s easy to learn, you can get through each quest pretty quickly, and it plays well at all player counts.

Thanks for taking the time to read our Heroes of Terrinoth review! To stay updated on all things cooperative board games, follow us on Twitter, Facebook, or via RSS.