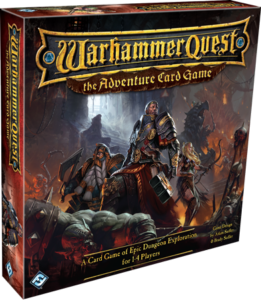 This Warhammer Quest: The Adventure Card Game review was made after playing the game eight times.

What is Warhammer Quest?

Warhammer Quest: The Adventure Card Game is a cooperative campaign card game from Fantasy Flight Games in which players must explore and fight their way through tunnels in order to survive. Hordes of monsters must be defeated in order to make it through each of the game’s six quests. The overall goal of Warhammer Quest is to battle through those monsters, gain enhanced abilities, and defeat the final bosses.

In Warhammer Quest, players can choose from one of four heroes: Bright Wizard, Ironbreaker (dwarf), Warrior Priest and the Waywatcher (elf). The heroes come with their own sets of skills, and each set has a different feel to it.

The heroes get four different actions that they can choose from:

Whenever an action is used, it is exhausted, which means that players must wait until an action is reset before they can use it again. This adds a lot of strategy to the game because you have to figure out the correct timing for when to use each action. 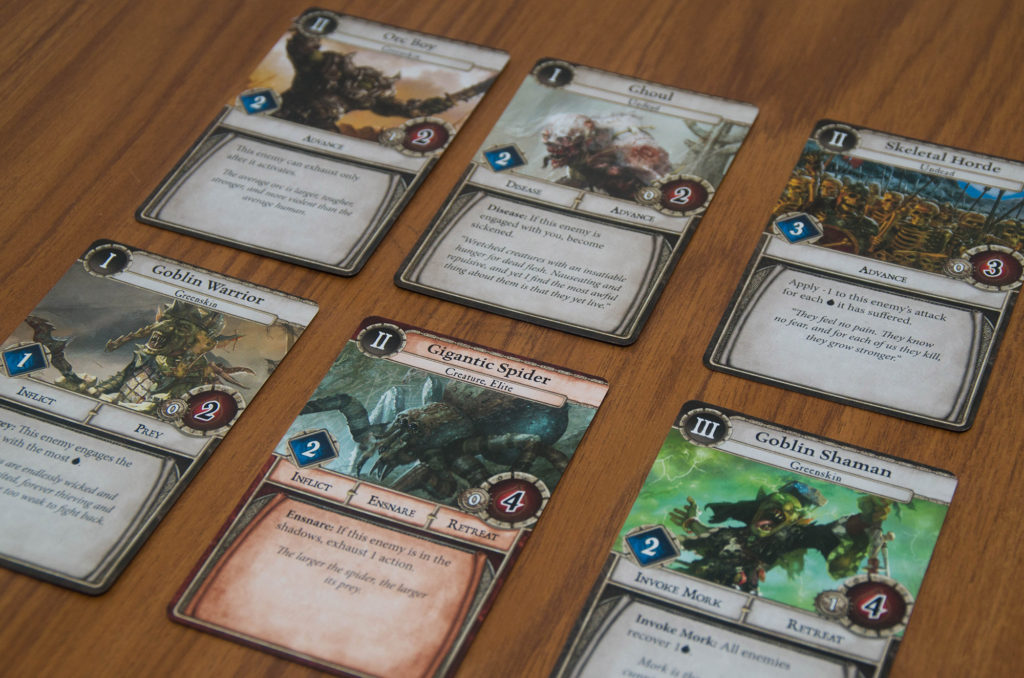 As is the case with most dungeon crawlers these days, dice are a major factor in Warhammer Quest. You have to roll dice just about every turn, and you hope for as many successes (warhammers) as you can get to defeat monsters and other objectives. You also roll black dice to represent the opponents’ attacks.

Each quest has a list of enemies that make up the enemy deck. There is also a peril track, which is basically the round counter and a way to track when certain quest events happen.

When playing through the campaign, players can upgrade each of their abilities and gain legendary items to make fighting the toughest monsters much easier. The game itself is extremely difficult, though, so a lot of strategy goes into when and where to use your abilities.

The players beat the Warhammer Quest scenarios if they are able to defeat the final bosses, and they lose if any of the players die.

Check out Warhammer Quest: The Adventure Card at Amazon

Warhammer Quest is a solid fantasy card game that most people will enjoy. It is a very challenging game, but it isn’t overly frustrating. If you’re a fan of fantasy and adventure games, chances are you will have a good time with this one.

The only reasons Warhammer Quest will not be hitting the table very often for my group is because we’ve completed the campaign and feel like we’ve seen most of what the game offers.

Thanks for taking the time to read our Warhammer Quest: The Adventure Card Game review! To stay updated on all things cooperative board games, follow us on Twitter, Facebook, or via RSS.