Skip to content
Co-op Board GamesReviewsChronicles of Crime: Noir Review 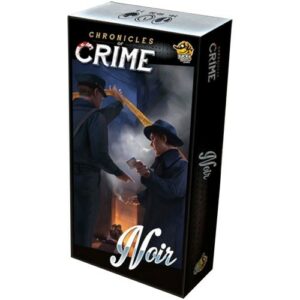 This Chronicles of Crime: Noir review was made after playing through the four cases in the box. We were sent a copy of this game by the publisher in exchange for an honest review.

What is Chronicles of Crime: Noir?

The cases for Chronicles of Crime: Noir were created by Stéphane Anquetil and the game is published by Lucky Duck Games. 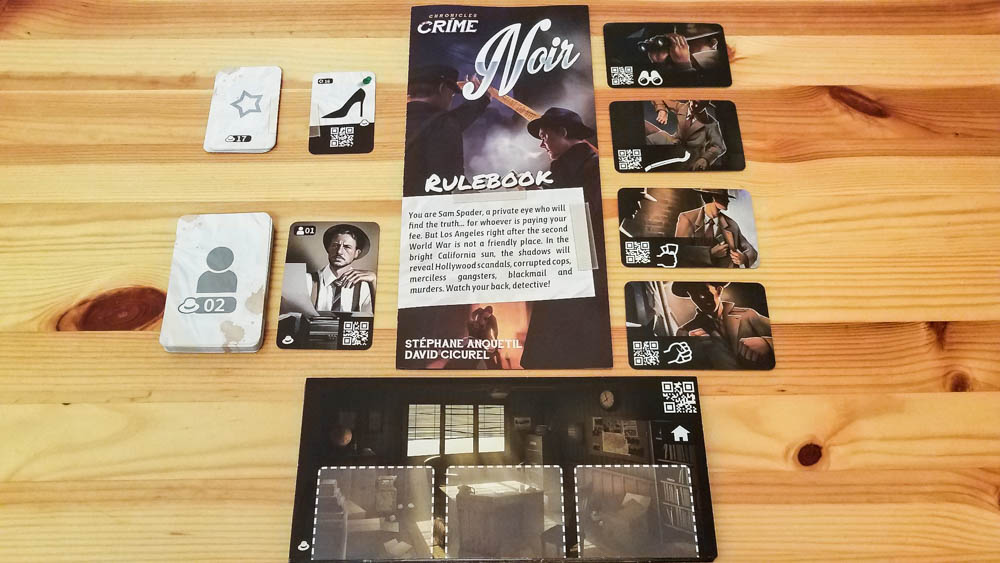 In Chronicles of Crime: Noir, you and your group are collectively working as a single private eye, Sam Spader, in post-World War II California. Unlike in the base game where you’re working for the police and have forensic scientists helping you out along the way, in Noir you’re usually working on your own. You get hired for a fee and you’re attempting to solve cases for your clients.

The action system is the biggest change in this expansion. The four actions that you can scan are:

Time matters a bit more in these cases than in the base game’s cases. You might have to meet someone somewhere at a specific time or someone you’ve already met might randomly show up at a different location later on in the case. Also, you’ll have a set amount of time to solve some of the cases.

Other than the new actions and the way that time works, Chronicles of Crime: Noir plays pretty much the same way as the base game. You go to locations, search around for clues, talk to people, and try to solve the cases in a timely manner. There are some unique surprises along the way, but I won’t spoil those here. 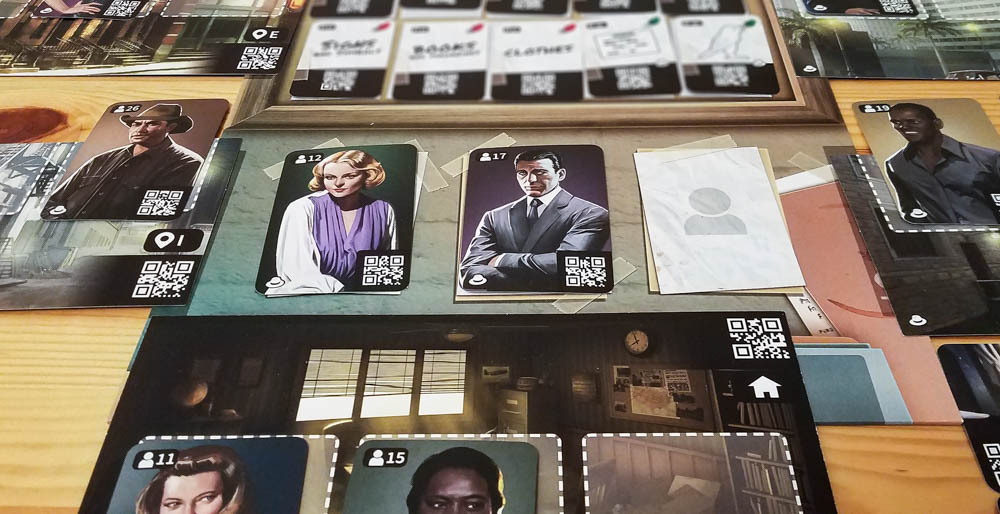 Chronicles of Crime: Noir is a must-have if you own the base game, especially if you like the film noir theme. In my opinion, three of the four cases in this expansion are better than all of the original cases. The cases are well-written and challenging, the cards look great, and the new actions are fantastic. My group only fully solved one of the four cases, but we still had a blast playing through all of them!

Thanks for taking the time to read our Chronicles of Crime: Noir review! To stay updated on all things cooperative board games, follow us on Twitter, Facebook, or via RSS.