Skip to content
Co-op Board GamesReviewsDefenders of the Realm Review 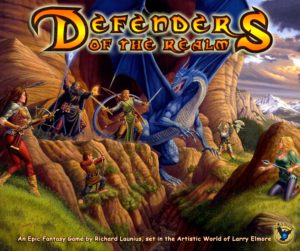 This Defenders of the Realm review was made after playing the game six times.

What is Defenders of the Realm?

Defenders of the Realm is a fantasy cooperative game designed by Richard Launius and published by Eagle-Gryphon Games. During the game, players must work together to protect Monarch City from four enemy generals and their minions. The enemies are spawning and moving constantly throughout the game, so you and your partners must find a way to strategically deal with them so you don’t get overrun.

Defenders of the Realm Gameplay 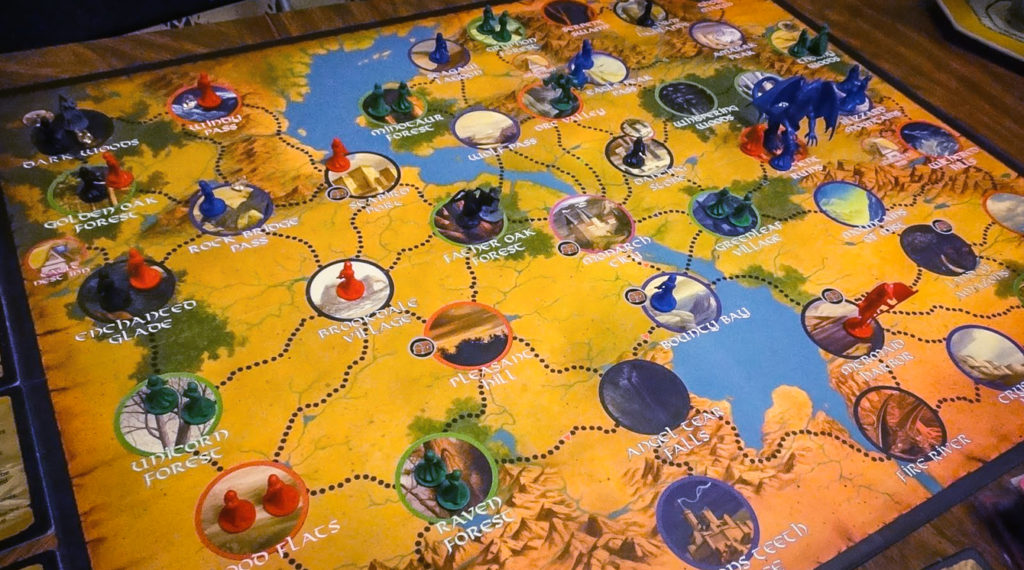 Once players have each selected one of the eight heroes in the game, enemy Generals are laid out on the board with their minions. Each General starts with three of his or her three minions on the same space, but the rest of the minions are randomly placed around the board based on the Darkness Spreads cards that are drawn.

Players have a number of actions they can take during their turns. You can move, fight minions by rolling dice, use special skills, or do a number of other actions. Each player can also use his or her special abilities during their turns to make some actions easier and/or better. Players always have the option to use the cards in their hands when they move or fight.

After each turn, the active player draws two hero cards to add to their decks. 1-3 Darkness Spreads cards are then drawn (depending on how far into the game you are), which places new minions on the board and advances the Generals toward Monarch City. If three minions are ever in the same location and you have to add more minions, that location becomes overrun and tainted, which adds a tainted crystal to the location and spreads more minions to adjacent locations.

You will lose the game if one of the Generals makes it to Monarch City. You will also lose if you don’t have enough minions to put on the board, if all of the tainted crystals are on the board, or if five minions are ever at Monarch City at the same time. You can only beat the game if you defeat all four Generals.

The key to Defenders of the Realm is working cooperatively to chip away at the enemy minions to keep them from getting out of hand. You can talk about what cards you can use to clear out minions more efficiently, and you can even attack the Generals as a group.

Download the official Defenders of the Realm rulebook (PDF) if you’d like to see a more detailed explanation of the rules.

Defenders of the Realm is a well-thought-out cooperative adventure game that most board game fans will enjoy. It is difficult without being frustrating and each game is a fun puzzle to try to solve. It’s right outside of my group’s top 40 co-op games, so I definitely recommend it to everyone.

Eagle-Gryphon Games has already released a number of Defenders of the Realm expansions, and more are on the way.

Defenders of the Realm Links

Thanks for taking the time to read our Defenders of the Realm review! To stay updated on all things cooperative board games, follow us on Twitter, Facebook, or via RSS.