Skip to content
Co-op Board GamesReviewsPandemic Board Game Review 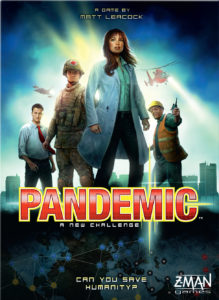 This Pandemic review was made after playing the game about 30 times.

Pandemic is all about, well, dealing with a pandemic! Pandemic has players attempt to eradicate four diseases that have broken out around the world, with each disease threatening to wipe out an entire region of people. It is up to the players to deal with the threats before too many people get infected.

Pandemic was designed by Matt Leacock and is published by Z-Man Games, 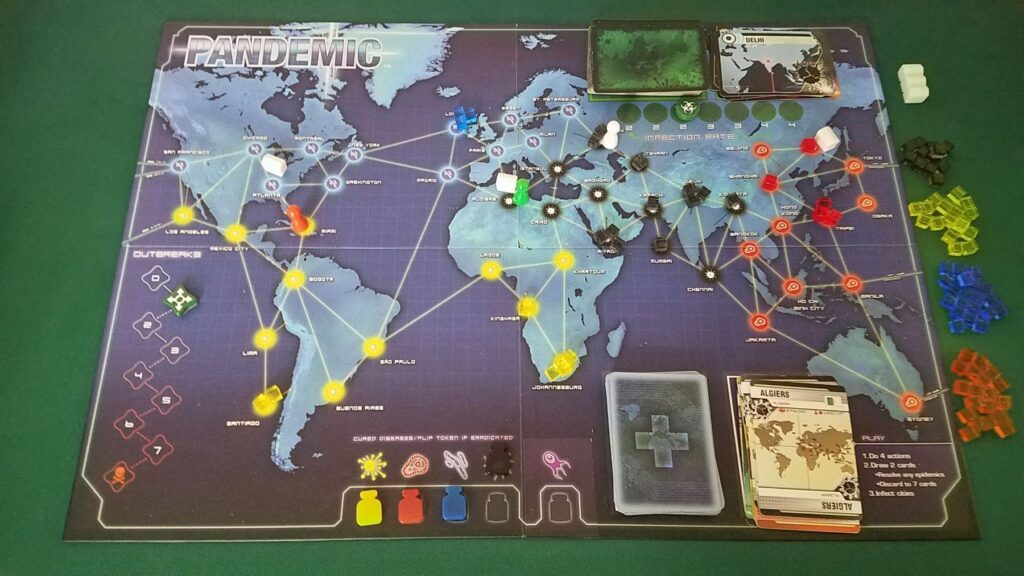 Your goal in Pandemic is to work together to slow the spread of diseases around the planet and to cure them before they get too out of hand.

The Pandemic components consist of a board/map with 48 cities, player cards, infection cards, four sets of cubes to represent the diseases, a pawn for each player, and research stations. Each player gets a role card, which could be the dispatcher, the medic, the scientist, the researcher, or the operations expert. These roles give players unique abilities to use throughout the game.

On your turn, you can move between cities, share cards, treat diseases, and use your special ability. The key to each turn is realizing when you should treat diseases and when you should try to get the cards you need to cure a disease. You need to collect five City cards of the same color and make it to a research station in order to cure a disease. After you’ve taken four actions, you draw two new player cards and then draw a number of infection cards based on the current infection level. 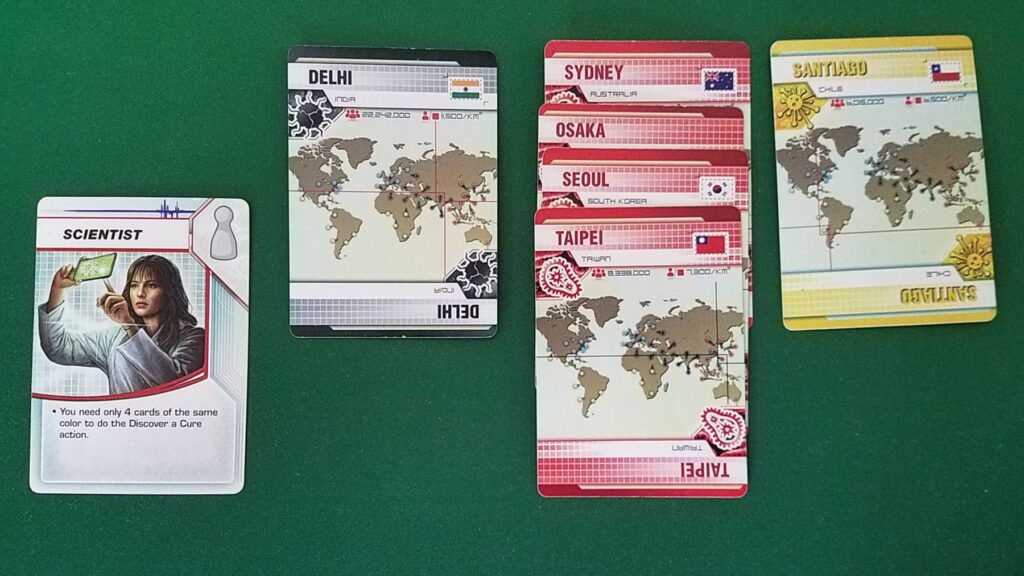 Mixed in with the player cards are epidemic cards, which spread the diseases around the globe. Epidemics are horrible because they not only put a city on the brink of outbreaking, they also add the discarded infection cards back on top of the deck, making it very possible that you will have major issues in the next few turns. 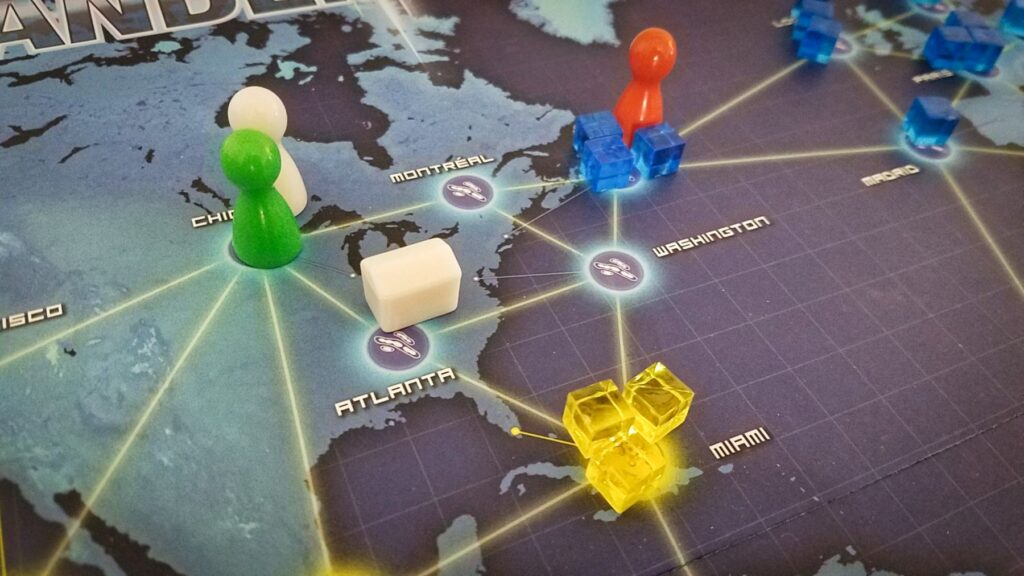 Pandemic is one of the best cooperative board games out there and it’s the game that inspired a lot of other designers to start making co-ops. The theme seems to work for everyone, it has a good amount of tension, and it’s easy to adjust the difficulty to suit your group. No matter how many times you play it, you simply can’t help but feel great after you’ve worked together to cure those fast-spreading diseases. It is no surprise to me that Pandemic won multiple awards and that it continues to be one of the most popular board games in the world.

If you end up being a fan of the base game, definitely check out the Pandemic expansions, especially Pandemic: On The Brink, which I think is one of the best board game expansions out there. You can also test out the game by getting the Pandemic app for iOS or Android.

If you’ve already played Pandemic and are looking for something similar or you just want to find co-ops that play similarly but with different themes, here are some games to check out (not listed are the many other Pandemic games have been released):

Thanks for taking the time to read our Pandemic review! To stay updated on all things cooperative board games, follow us on Twitter, Facebook, or via RSS.