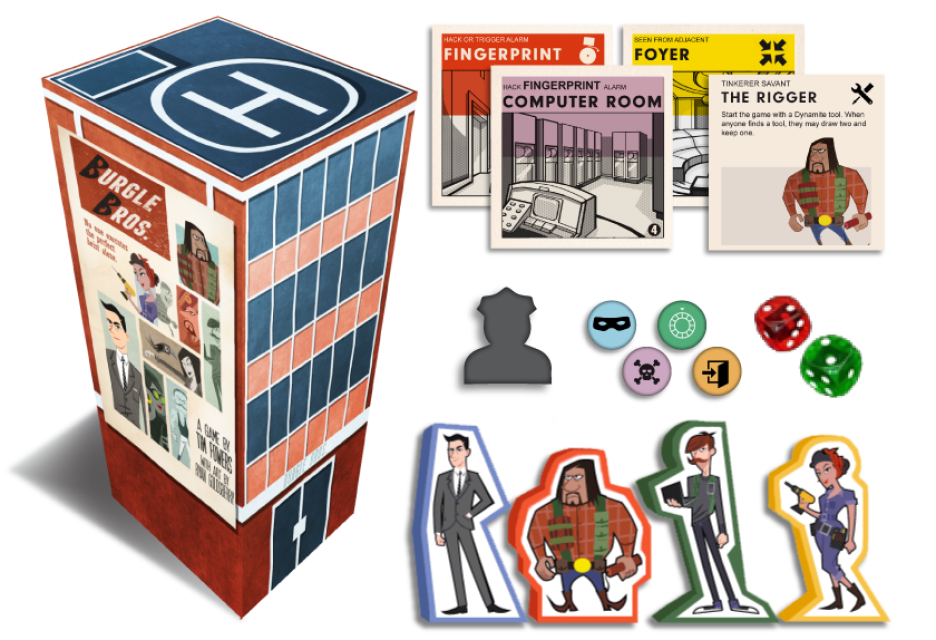 This Burgle Bros. review was made after playing the game nine times.

What is Burgle Bros.?

Burgle Bros. is a thematic cooperative game from Tim Fowers and Fowers Games where players are a group of robbers trying to pull off a huge heist. To win, you have to get through three floors, three safes and past all of the guards to get to the escape helicopter on the roof. If even one player is caught by a guard, everyone loses. 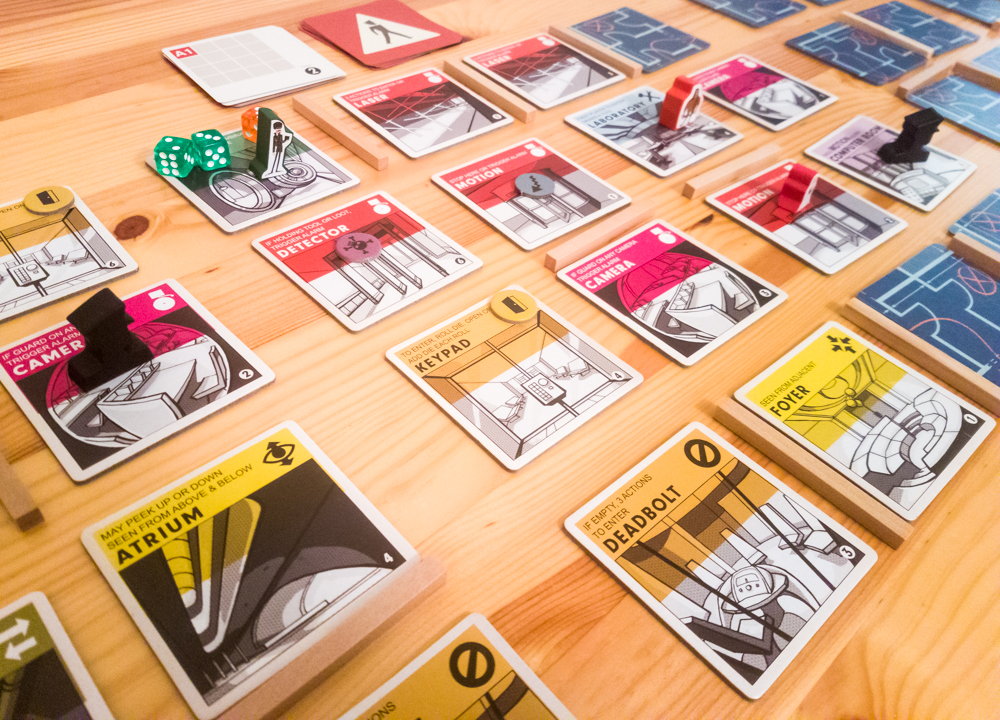 At the beginning of Burgle Bros., each player selects a random burglar that has a unique ability. The levels of the building are randomly created by placing tiles face down, with wooden logs placed between them to represent walls. In the rooms you’ll find alarms, obstacles, computers to hack, or a staircase to the next level. Players can also find tools, items, and events that can be either good or bad for the team.

Players can take four actions on their turns. Some of the actions include:

Safes are cracked by rolling dice and trying to match the numbers found on all of the rooms in the rows horizontally and vertically adjacent to the safes. You can add dice to the safe tile by using two of your actions, and you can roll all of the dice currently on the tile for one action.

After a player is done with his or her actions, the guard on that floor takes his turn. The guards move around the current player’s floor at different speeds, either toward an active alarm or toward the location marked on the current Patrol card. Once a guard has reached his destination, a new Patrol card is drawn and the guard will start moving toward that room.

If a player is caught on the same tile as a guard, they have to spend a stealth point. If anyone ever runs out of stealth and they run into the guard, they are automatically caught and the game is over. You win if you’re able to crack all of the safes and make it up to the roof. 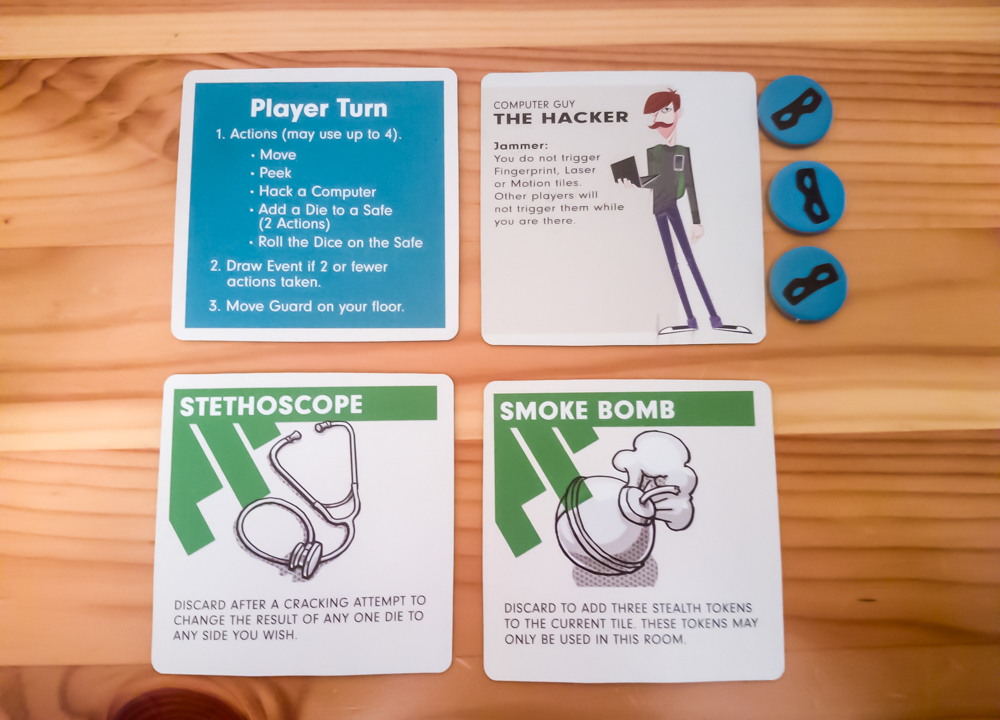 Burgle Bros. is an excellent game for people who like board games with a lot of tension. If you love heist movies and want to put yourself in the action, you will probably enjoy Burgle Bros. as much as my group does. It’s one of the better family co-op games out there right now, and it happens to be in our top 20 co-op board games. There’s no other game like Burgle Bros. on the market right now, so it’ll probably stay in our game rotation for a long time.

You can can give the game a try by getting the Burgle Bros. app for iOS and Android.

Thanks for taking the time to read our Burgle Bros. review! To stay updated on all things cooperative board games, follow us on Twitter, Facebook, or via RSS.