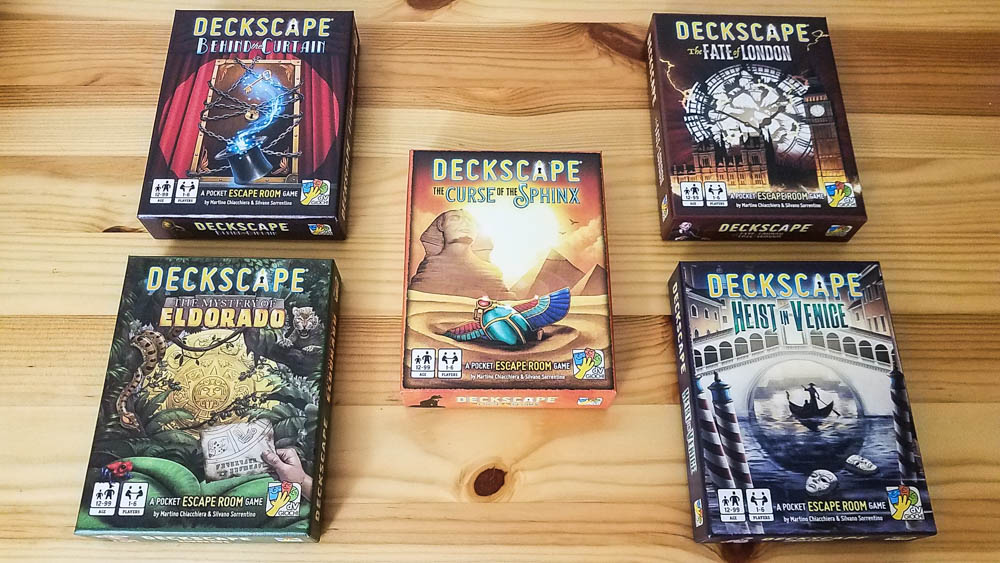 This Deckscape review was made after playing the first six games in the Deckscape series. We were sent copies of the games by the publisher in exchange for an honest review.

Deckscape is a series of escape room games in which you have to solve a bunch of puzzles and escape without making too many mistakes. Most of the games in this series (six so far) are just decks of cards and no other components.

The Deckscape games were designed by Martino Chiacchiera and Silvano Sorrentino, and they’re published by dV Giochi.

Below you’ll find my spoiler-free thoughts on the five most recent Deckscape games. Check out my Deckscape: Test Time review to learn about the first game in the series and the core rules for all of the Deckscape games.

The Fate of London 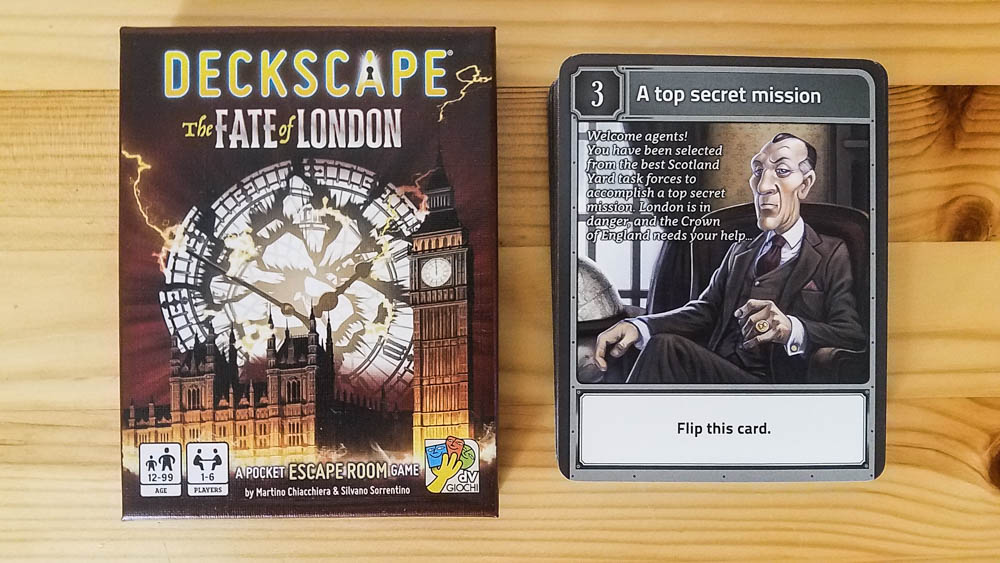 Description: In The Fate of London, you play as detectives who are on a top secret mission to find and defuse four bombs. 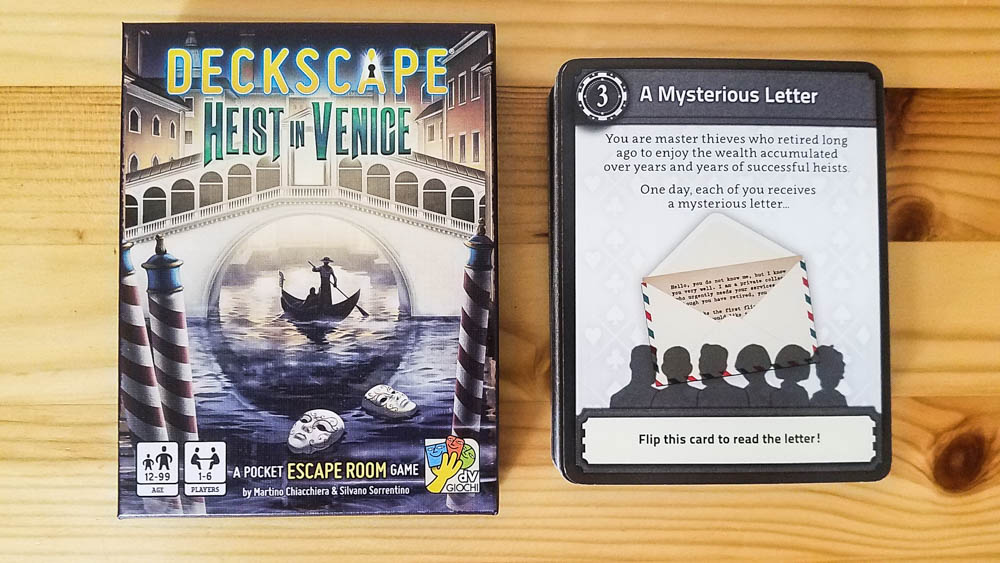 Description: In Heist in Venice, you play as six retired thieves who are forced to come out of retirement to steal an extremely valuable poker chip from a casino.

The Mystery of Eldorado 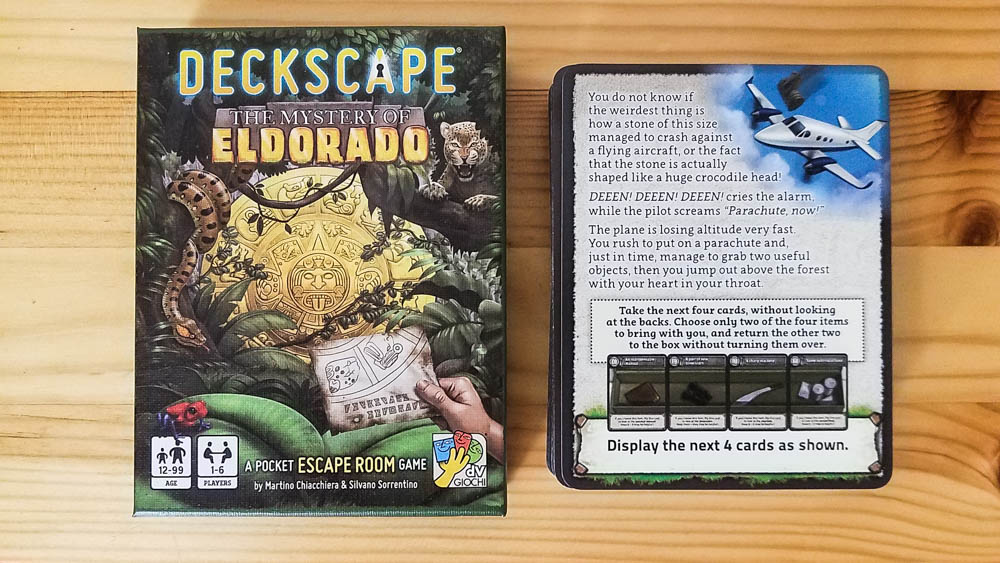 Description: In The Mystery of Eldorado, you are explorers who are trying to survive in the Amazon while also looking for the lost city of Eldorado. 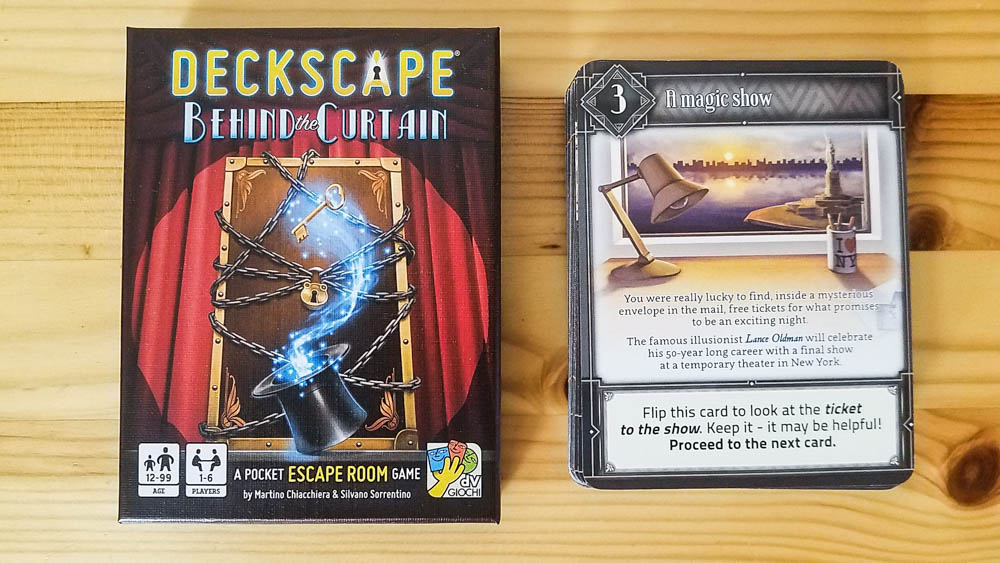 Description: In Behind the Curtain, you are invited to a famous illusionist’s last show… and then weird things happen.

The Curse of the Sphinx 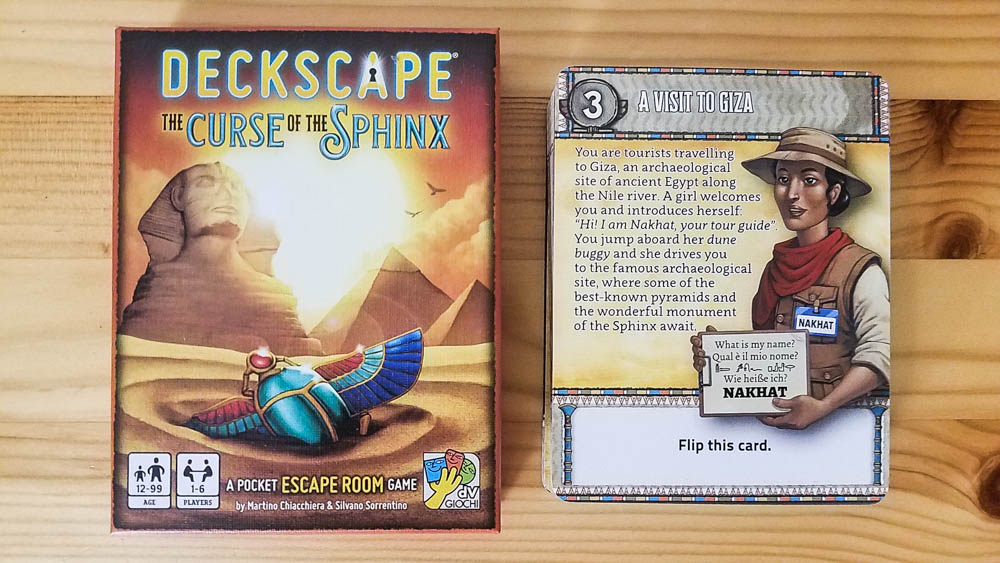 Description: In The Curse of the Sphinx, you are tourists in Egypt who get trapped in an ancient pyramid and need to find a way out.

My group had a good time playing through each of the first six Deckscape games, even our least favorites in the series. It’s obvious that a ton of work went into making them because there are so many different types of puzzles to solve and, for the most part, the stories they tell are great.

Just like I said in my Test Time review, I really like that each game is just a single deck of cards and that the puzzle-solving process – solve the puzzle and then flip the card – is super simple. I also like that the decks usually get split up so you can look at multiple puzzles, allowing everyone to stay involved. It’s an elegant system that just works for this type of game.

So far, this is how I’d rank the Deckscape games:

If your family or game group enjoys escape room games, or you think you will, you’ll want to try at least one Deckscape game. I recommend choosing the theme that you’re most interested in, but you really can’t go wrong with any of them.

I’m definitely looking forward to seeing what these designers come up with next.

Thanks for taking the time to read our Deckscape review! To stay updated on all things cooperative board games, follow us on Twitter, Facebook, or via RSS.