This Aeon’s End: The New Age review was made after playing the game six times. We were sent a copy of this game by the publisher in exchange for an honest review.

What is Aeon’s End: The New Age?

Aeon’s End: The New Age is a cooperative, deck building, campaign game in which you play as mages who are attempting to defeat a series of big bosses (nemeses). This is a standalone expansion that adds in the new Expedition campaign system and it’s compatible with Aeon’s End and all other AE games. 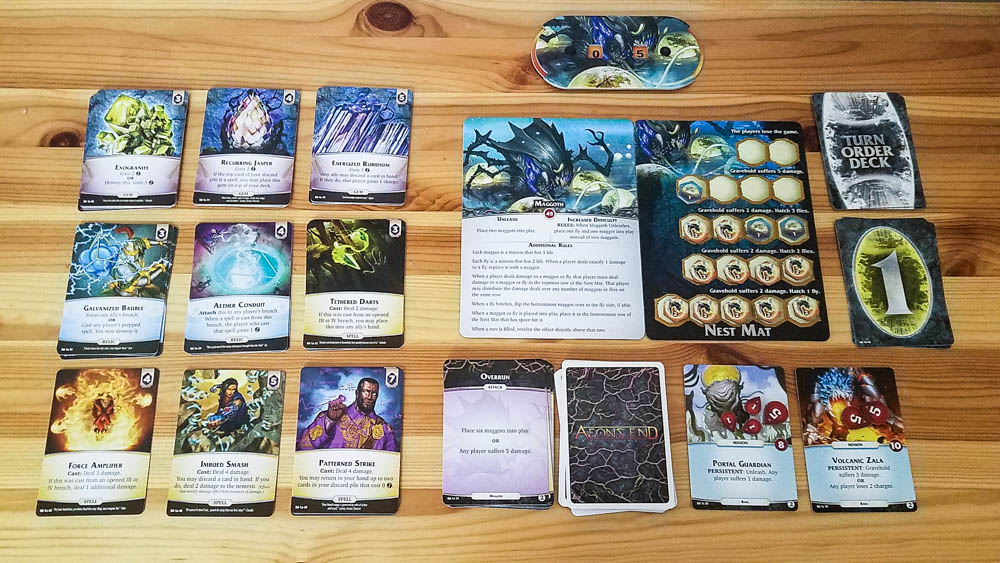 If you’ve played any of the other games in the Aeon’s End series, you’ll have no problem jumping right into Aeon’s End: The New Age. Check out my Aeon’s End review to learn how the core system works.

Besides the mages, nemeses, and supply (market) cards, here’s what’s new in The New Age:

After you finish your first expedition, you can start a new one with cards from any of the Aeon’s End games. The New Age includes randomizer cards for all of the mages and nemeses released so far, and you’ll shuffle and draw from those decks to determine your team, your market options, and your nemesis for each stage of the expedition. You’ll get a score for your expedition based on how many attempts it took you to defeat each nemesis.

I should also point out that you can use any of the mages and nemeses from The New Age in a standard one-off game of Aeon’s End. 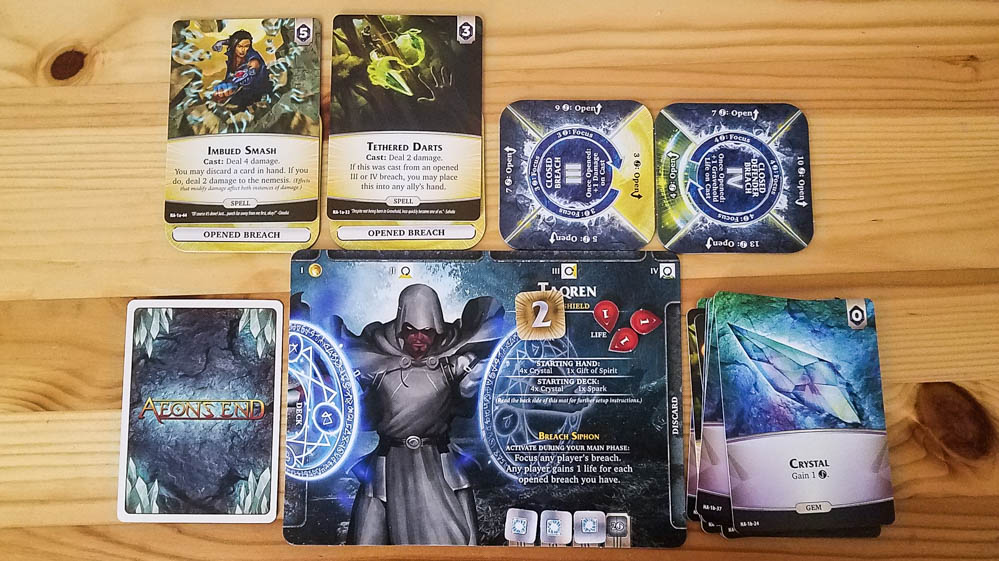 Aeon’s End is my favorite co-op deck building game, so I pretty much knew from the beginning that I was going to be a fan of Aeon’s End: The New Age. It adds in some cool new mages, some interesting (and a couple very tough) new nemeses, and, of course, a fun new way to string together some battles in a short campaign. As I pointed out earlier, I still prefer the classic one-off battles, but I can see a lot of people sticking with the expedition system.

If you’ve never played Aeon’s End before and you’re a fan of deck building games, I’d say start out with the original game or War Eternal, and then get either The New Age or Legacy. If you’re already a fan of Aeon’s End, I highly recommend checking out The New Age.

Thanks for taking the time to read our Aeon’s End: The New Age review! To stay updated on all things cooperative board games, follow us on Twitter, Facebook, or via RSS.