Skip to content
Co-op Board GamesReviewsAliens: Another Glorious Day in the Corps Review 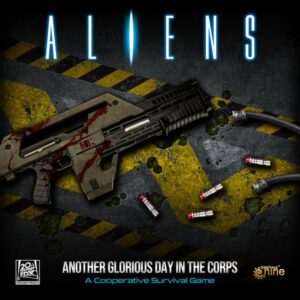 This Aliens: Another Glorious Day in the Corps review was made after playing the game five times (one campaign and two one-off missions, all three-player games). We were sent a copy of this game by the publisher in exchange for an honest review.

Aliens: Another Glorious Day in the Corps is a cooperative survival game in which you play through the most famous scenes from the Aliens movie. The game was designed by Andrew Haught and it is published by Gale Force Nine (Firefly Adventures). 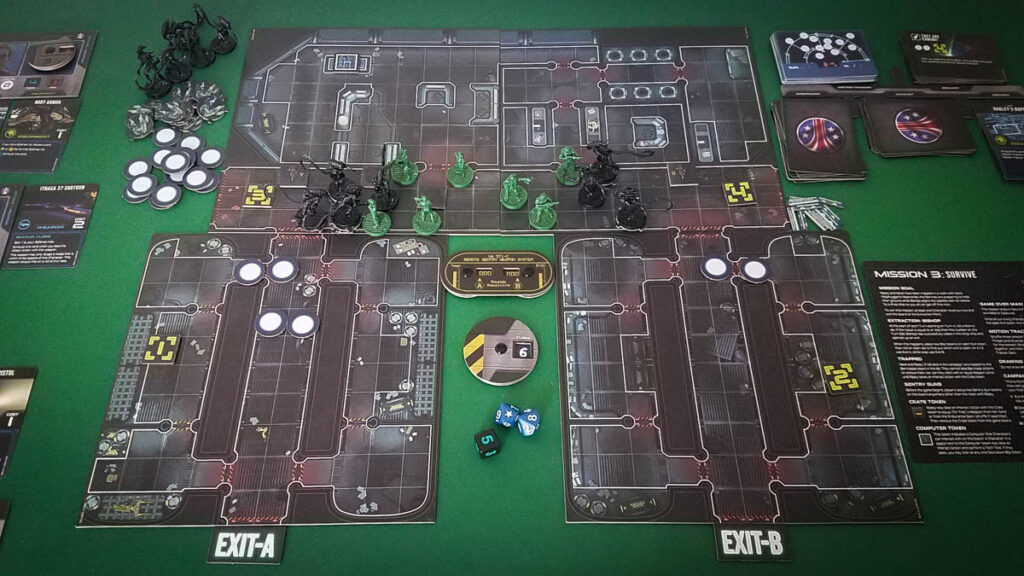 Aliens: Another Glorious Day in the Corps has a three-mission campaign as well as four standalone “Bug Hunt” missions. During the campaign, you start out with any weapons and equipment that you want and you’ll be attempting to complete the missions’ objectives. In the Bug Hunts, you start out with basic weapons and you have to find what you need to defeat all of the aliens and survive.

Each player gets a hero who has unique abilities as well as other unique stats that you use throughout each mission. All of the characters not controlled by players become grunts, which are weaker versions of the heroes that players can activate at the end of their turns. If your hero is ever killed or captured, you choose a grunt and flip its character card to its hero side. 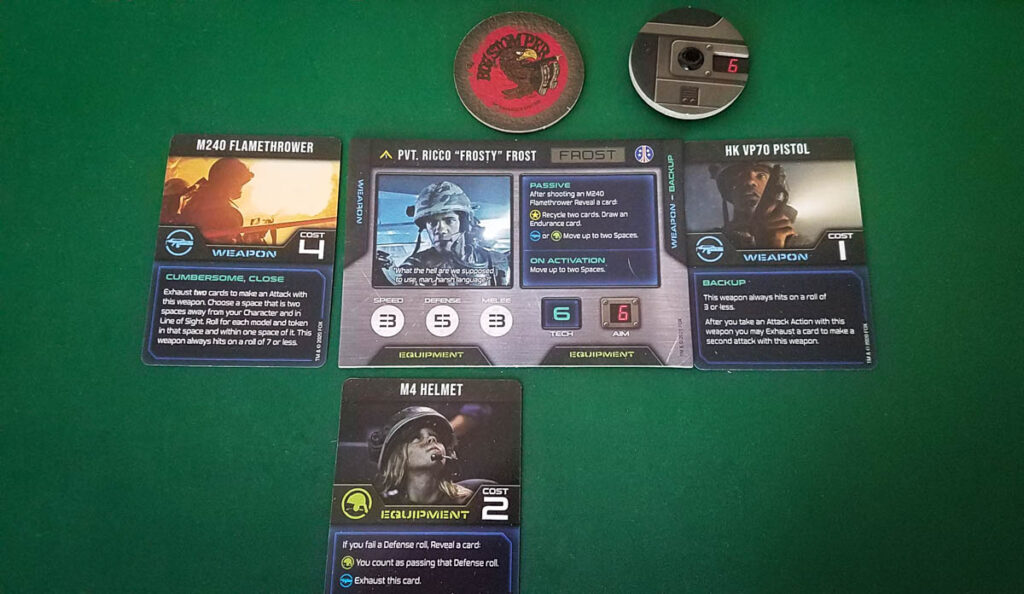 The rounds start with the characters activating by using two actions apiece. Actions include moving, attacking, putting up barricades, interacting with tokens on the map, performing card actions, and resting (drawing/recycling cards). Attacking is done by picking a weapon, rolling a d10, and hoping that you get a number that is equal to or lower than the number on your character’s Aim Dial.

During the Alien Phase, the aliens move toward the characters and attack if they end up next to anyone. You do have a chance to fire at the aliens before they attack and roll for defense, but if you fail to kill them or defend their attacks, you get knocked down (and potentially dragged away or killed). After all of the aliens activate, you draw Motion Tracker cards to see where the next groups of aliens show up. The aliens start out as blip tokens and a token gets revealed once it’s in line of sight of any character; only then will you find out if it’s one, two, or maybe even five aliens coming at you.

After the first two campaign missions, you lose some cards from the Endurance deck, making it more difficult to make it through the other missions. If at least one hero survives the third mission, you win! You’ll beat the Bug Hunts by simply killing all of the aliens.

For more info on how the game plays, check out the Aliens: Another Glorious Day in the Corps rulebook (PDF). 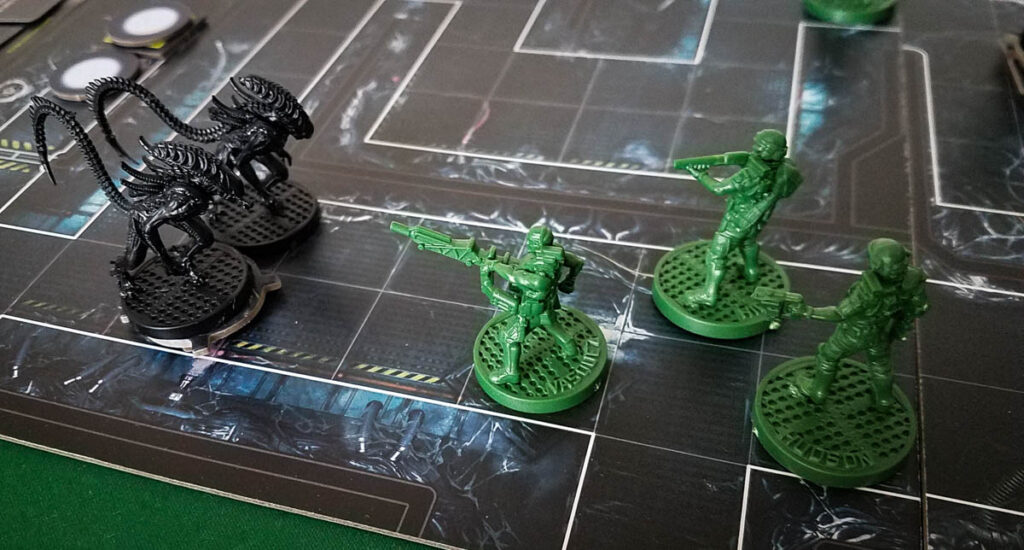 Aliens: Another Glorious Day in the Corps is a good cooperative survival game that could be pretty special with an updated rulebook and some extra components. The co-op deck management is awesome and there are plenty of “Wahooo!” moments, but the issues I mentioned are enough to keep me from liking it as much as other similar co-op survival games, like Resident Evil 2.

At this point Legendary Encounters: Alien is still my favorite game based on those films, but I have enjoyed playing this one, too. If you’re a big fan of Aliens, you might end up loving Aliens: Another Glorious Day in the Corps, but it’s one I’d suggest trying before buying if you can.

Thanks for taking the time to read our Aliens: Another Glorious Day in the Corps review! To stay updated on all things cooperative board games, follow us on Twitter, Facebook, or via RSS.