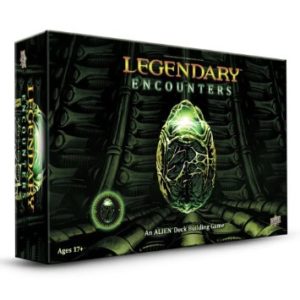 This Legendary Encounters: Alien review was made after playing the game six times.

What is Legendary Encounters: Alien?

In Legendary Encounters: An Alien Deck Building Game, players build decks comprised of characters from the four Alien movies and must fight off the oncoming Xenomorphs. When playing through each scenario, you must complete multiple objectives in order to win the game. 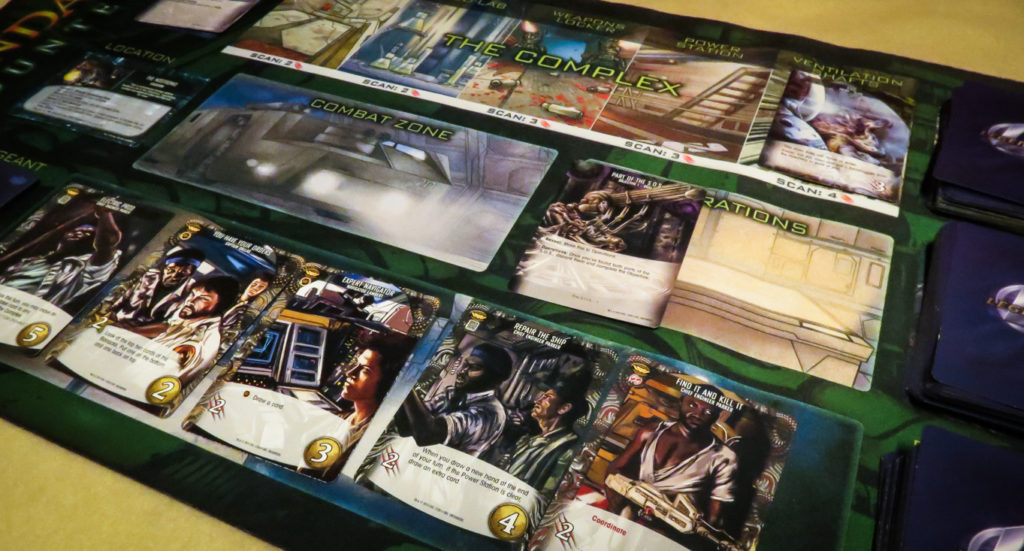 At the start of the game, you will have to decide which of the Alien movies you want to play through. Players all start off with the same basic decks of cards except for their character card, which gives them a unique ability throughout the game.

There are three objectives in each scenario, and each has its own small set of cards.These cards are mixed together with a certain amount of “drone” cards, which add a bit more randomness to the scenarios. This is what’s called the “hive deck” and it’s what you’ll be dealing with throughout the game.

At the start of a player’s turn, a new card from the hive deck is placed face down in The Complex. These aliens remain hidden until someone scans the room they’re in or when they make it to the Combat Zone.

Players can then use their cards to recruit new characters, scan rooms, and attack aliens. Other players can work cooperatively with the current player by using Collaborate cards, which gives him/her extra resources. If any aliens make it to the Combat Zone, the current player must take “strike” cards, which usually inflict damage. Players end their turns by drawing back up to a full hand.

Legendary Encounters: An Alien Deck Building Game is amazing! My group absolutely loves challenging, thematic co-op games, and Legendary: Alien definitely checks those boxes. It has a ton of epic moments that every co-op fan should experience.

Even though everyone in my group likes Legendary: Marvel, we prefer this Alien version. What’s odd is that just about all of us prefer the Marvel theme, but this one’s mechanics and the way the theme was implemented just works better.

If you’re a fan of the Alien movies, science fiction games, deck builders, tough co-ops, or all of the above, definitely look into getting Legendary Encounters: Alien!

Update: Legendary: Alien is now on our Best Co-op Deck Building Games list and pretty high up on our Top 40 list.

Thanks for taking the time to read our Legendary Encounters: Alien review! To stay updated on all things cooperative board games, follow us on Twitter, Facebook, or via RSS.