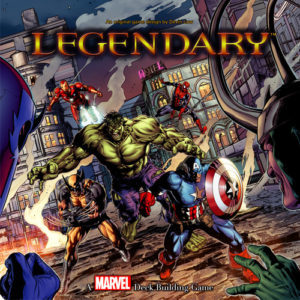 This Legendary: Marvel review was made after playing the game eight times.

What is Legendary: Marvel?

Set in the Marvel Universe, Legendary: A Marvel Deck Building Game is a cooperative deck building game that pits your team of superheroes against one of four Mastermind villains. Using actual characters from the Marvel Universe, including Spiderman, The Hulk, Wolverine and Cyclops, it was designed for people who love comic books and/or the movies based on them. 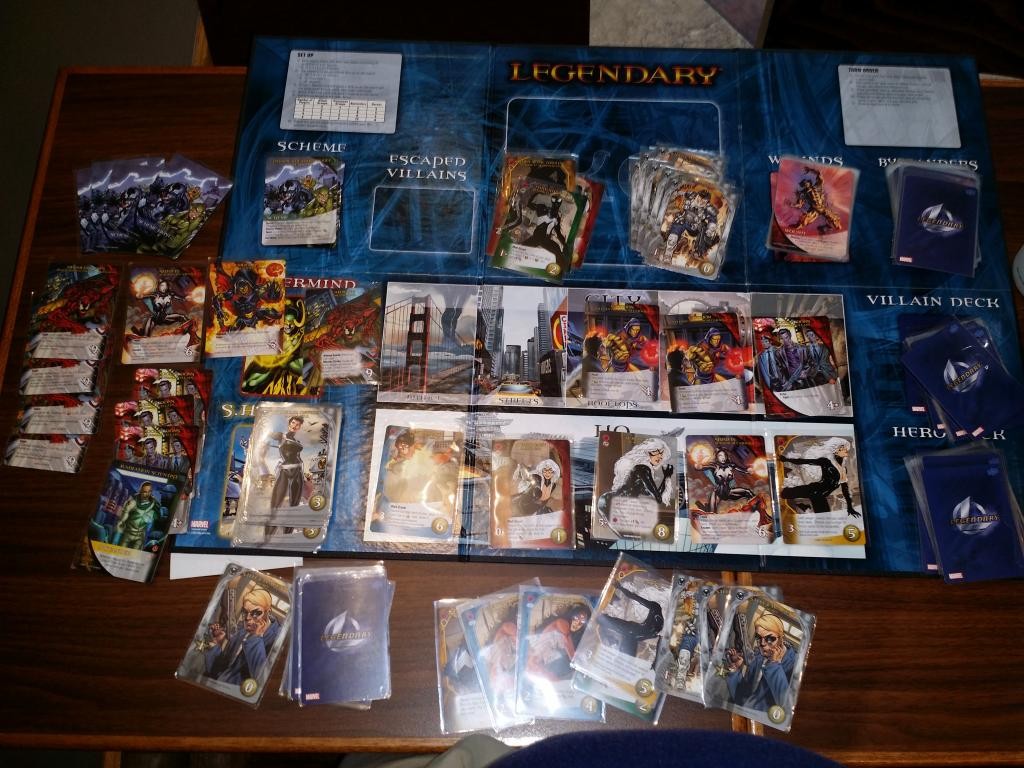 Before you start playing Legendary: Marvel, you have to set up the decks. A villain deck needs to be created based on the Mastermind villain and the scheme that you choose. Players will then choose which hero decks they want to use for that game and shuffle them up. Everyone begins the game with basic S.H.I.E.L.D. agents, who will help you get better cards in your decks and take out some weaker foes.

Over the course of the game, players will be using their deck building skills to recruit new heroes, take down villains, and, hopefully, eventually defeat the Mastermind. Every card either has a recruitment value or an attack value, so it’s very easy to see what you can do with each of them. The heroes have additional abilities written on their cards, including superpowers which come into play when you have played another hero from that same class.

At the beginning of every player’s turn, the villains move through the city. This means that you will draw a new card from the villain deck and, if the card is another villain, all of the other villains will be that much closer to escaping. Some villains “ambush” you, some simply hit back, and others combo with each other. When you draw a “Scheme Twist” card from the villain deck, you will need to check the Scheme to see what happens to the heroes. When you draw “Master Strikes,” you will check the Mastermind card to see how it affects the heroes.

The goal of Legendary: Marvel is to take down the Mastermind four times. If you can do that, everyone wins. If, however, the Mastermind is able to complete his scheme, then everyone loses.

Legendary: A Marvel Deck Building Game is a very good co-op card game and one that you should pick up if you’re a fan of Marvel and/or cooperative games. Upper Deck did a fantastic job of bringing the Marvel universe to life in board game form, which is why it has been one of the biggest hits of the last five years.

Most of the people in my group don’t like it quite as much as Legendary Encounters: Alien, but it is still a game that hits the table when we need our Marvel fix.

Definitely check out these Legendary expansions if you end up enjoying the base game: