Skip to content
Co-op Board GamesReviewsLabyrinth Board Game Review 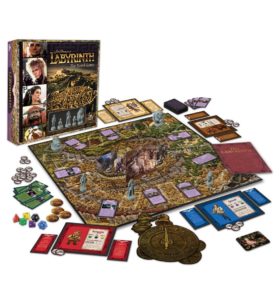 This Labyrinth board game review is based on one two-player game and one four-player game.

Jim Henson’s Labyrinth: The Board Game is a cooperative adventure game based on the popular 80s movie. Your goal is to get through the labyrinth and eventually make it to the Goblin City in order to save Sarah’s baby brother.

Labyrinth was designed by Alessio Cavatore and published by River Horse. 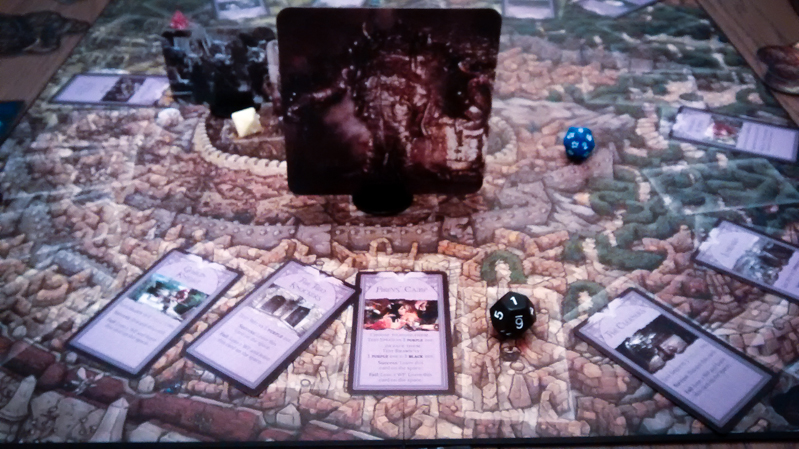 Characters go in a predetermined order in Labyrinth. First Hoggle takes his turn, then Sir Didymus, then Ludo, and then Sarah. After all four characters have taken their turns, the clock moves forward one hour. The players need to defeat Jereth before time runs out.

Each character has his or her strengths and weaknesses. You can tell what they are by looking at the color of the die they’ll be rolling for each skill test. For example, Sarah uses the purple D10 die when doing a wit or speed test, but she uses the weaker green D6 when doing a brawn test. Each character also has a one-time-use special ability card that they can discard to retry a failed encounter. 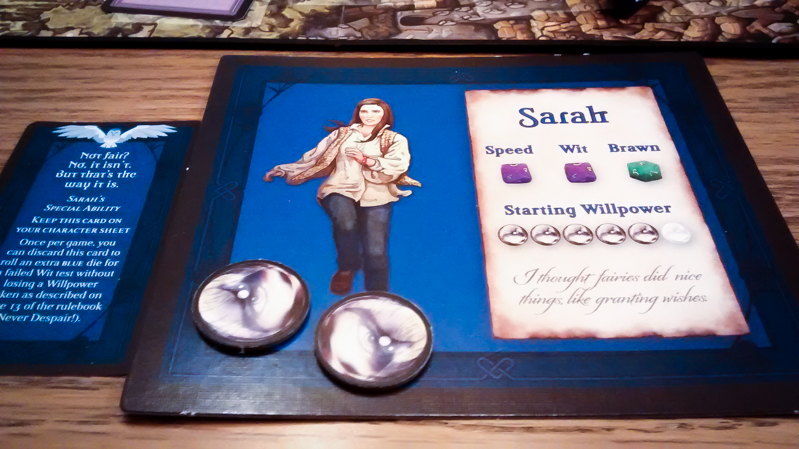 On your turn, you will roll your speed die, move that many spaces in either direction, and either flip a labyrinth card or take on an existing card. Basically all you’re going to do when facing encounters is roll a die and hope to end up with a higher number than the die you roll for the encounter. Most of the time a success will allow you to stay on your current space without losing any willpower (health), while a failure will slow you down in some way. If you ever run out of willpower, you will have to go to the Oubliette where you will rest for a turn before returning to action.

If multiple players are on the same space, they can do actions as a group. This has its advantages and disadvantages. When you move as a group, you have to use the speed die of the player with the worst speed. On the plus side, you can combine your skills when taking on an encounter. 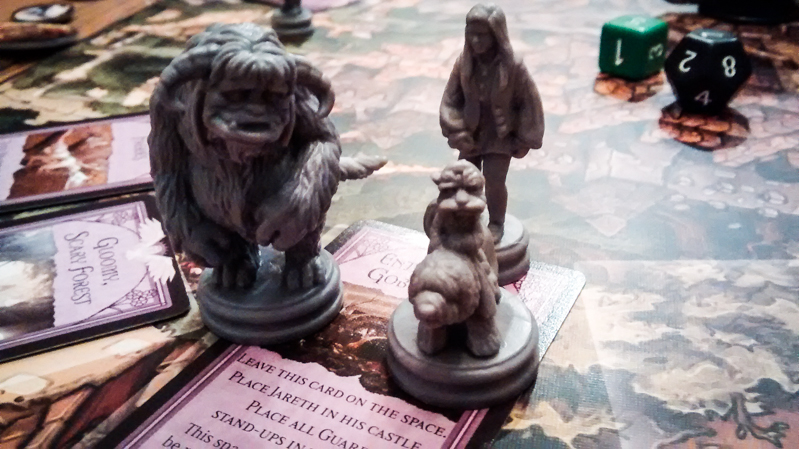 After going through most of the labyrinth deck, you’ll have access to the Goblin City. There you’ll face off against Jereth’s henchmen and then take on Jereth himself. These encounters are pretty much exactly like the rest of the encounters, but you’re facing the big-bad D20. If you defeat Jereth before you run out of time, everyone wins!

There is a five-player variant where one player gets to control Jereth, but we haven’t had a chance to test that out yet. 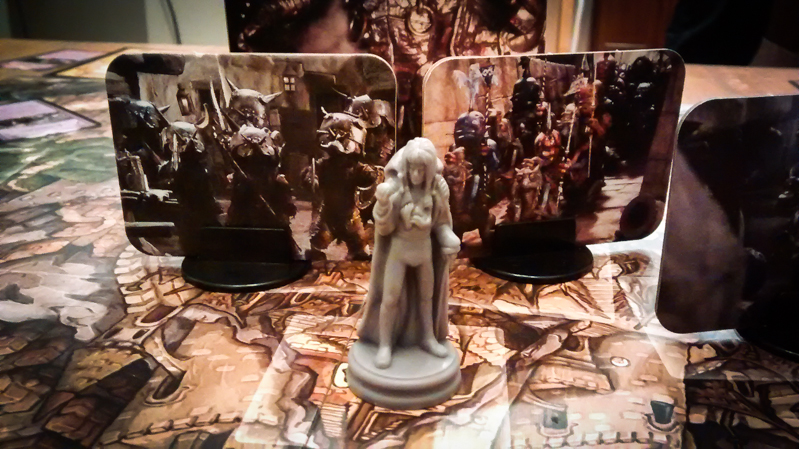 Check out Labyrinth at Amazon

If you’re a big fan of the Labyrinth movie, this board game was made for you. Fans will have a great time reliving their favorite Labyrinth moments, while other gamers will probably enjoy the experience if they happen to be playing with fans of the movie. Everyone else will probably want to pass on this one since there are plenty of other light cooperative adventure games that offer better gameplay and more replayability.

Thanks for taking the time to read our Labyrinth board game review! To stay updated on all things cooperative board games, follow us on Twitter, Facebook, or via RSS.