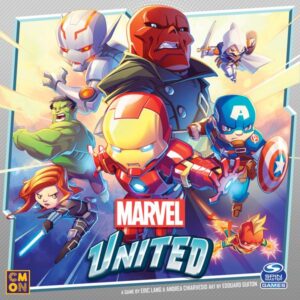 This Marvel United review was made after playing the game seven times.

What is Marvel United?

Marvel United is a cooperative superhero game in which you work together to protect citizens and fight villains. Throughout the game, you use your heroes’ cards to move around, save citizens, fight the enemies, and complete missions.

Marvel United was designed by Andrea Chiarvesio and Eric Lang (Cthulhu: Death May Die), and it is co-published by CMON and Spin Master. 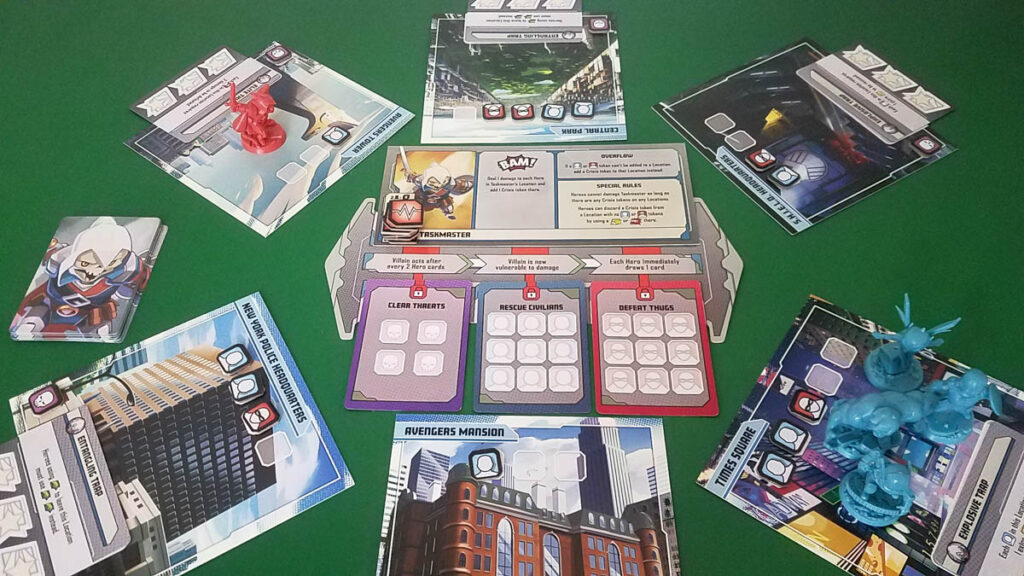 In Marvel United, each player gets to control one hero (Captain America, Iron Man, Black Widow, Captain Marvel, Wasp, Ant-Man, and Hulk are in the base game) and each game you’ll face a villain (Red Skull, Ultron, or Taskmaster in the base game). There are six locations that you’ll be moving to and from so you can fight thugs, clear Threat cards, save civilians, and eventually fight the villain.

Your goal is to defeat the villain, but you have to complete missions before you’re able to fight them. The three missions are always the same: rescue nine civilians, defeat nine thugs, and clear four threats. After you’ve completed one mission, the villain activates more often (more on that below). Once you complete two missions, you can fight the villain.

The heroes have their own decks of cards that can have movement, attack, heroic action, and wild symbols. The heroic actions are used to save civilians and to clear some Threat cards. Each hero also has a couple of cards with their unique special abilities. When heroes take damage from anything, they have to discard a card for each point of damage, giving them fewer options on their turns and bringing them closer to being knocked out. 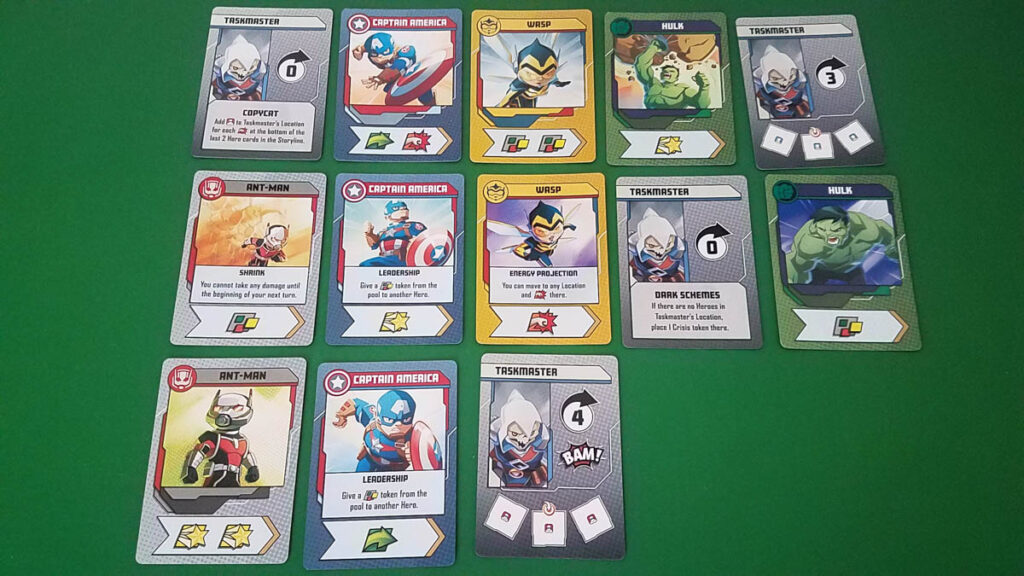 Each villain’s six Threat cards are placed at the six locations and will slow you down in different ways. The villains also have Master Plan cards that can move the villain around, activate their special abilities, activate Threat cards, and add more thugs to the locations.

Turns are very simple: you draw a card and then play a card to the Storyline. If another hero has a card before yours in the Storyline, you also get to use the symbols on that card. The villain plays a Master Plan card after every three hero cards initially and then after every two hero cards once the heroes have completed their first mission.

You’ll win if you defeat the villain. You’ll lose if the villain completes their unique objective, if the Master Plan deck is empty when the villain needs to play a card, or if any hero begins their turn with no cards in their hand and deck.

That should give you an idea about how the game plays. For more info, check out the Marvel United rulebook at CMON’s website. 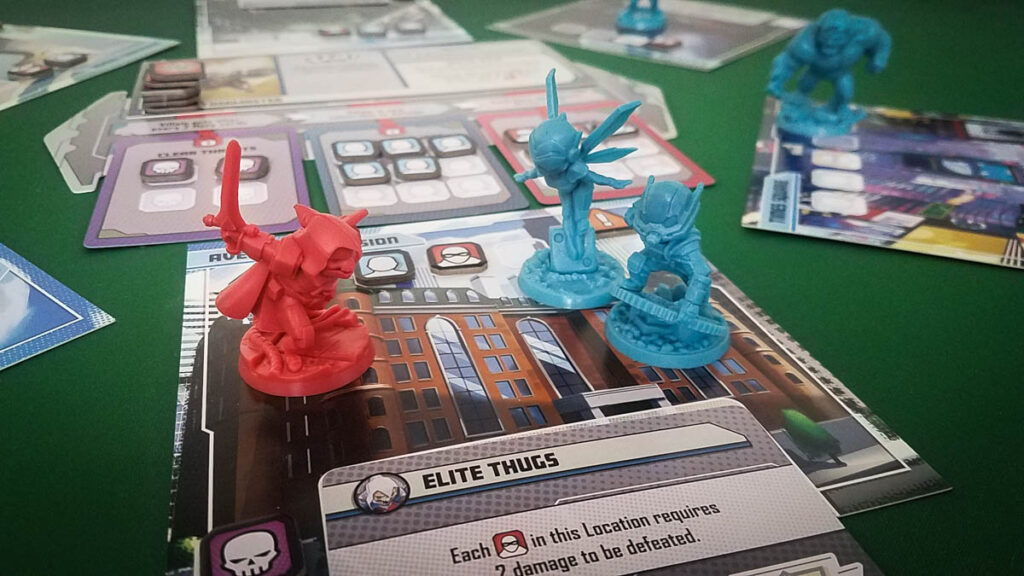 I think Marvel United is a great Marvel game for families, kids, and casual gamers. I don’t think there’s enough in the gameplay to satisfy most adult gamers/gaming groups for more than five or so games, but that’s really not the target audience (I’m not sure why the recommended age is 14+).

If you prefer lighter co-ops and you like Marvel, chances are you’ll be a fan of Marvel United. If you have older gamer kids who like Marvel, I think this is a must-buy because you can play it with them and they can also easily play it on their own after they learn the rules.

Marvel Champions is still my favorite cooperative Marvel game, but I’ll also be hanging onto Marvel United for now. I think it’s a very solid gateway game and I also know that it’s the type of game I can get my extended family to play.

Thanks for taking the time to read our Marvel United review! To stay updated on all things cooperative board games, follow us on Twitter, Facebook, or via RSS.