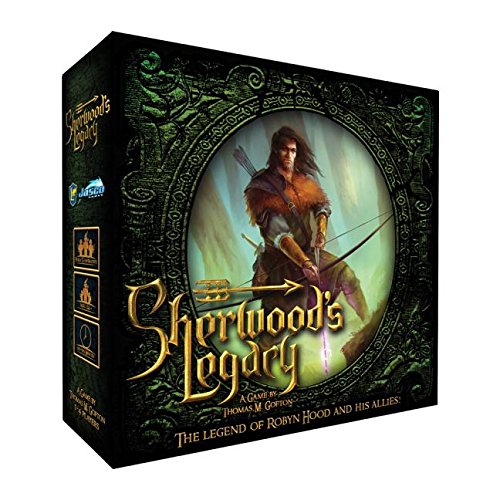 This Sherwood’s Legacy review was made after playing the game five times.

What is Sherwood’s Legacy?

In Sherwood’s Legacy, you and up to three other players play as Robin Hood and his allies, attempting to protect a village in Sherwood’s Forest and eventually take down the Sheriff of Nottingham. 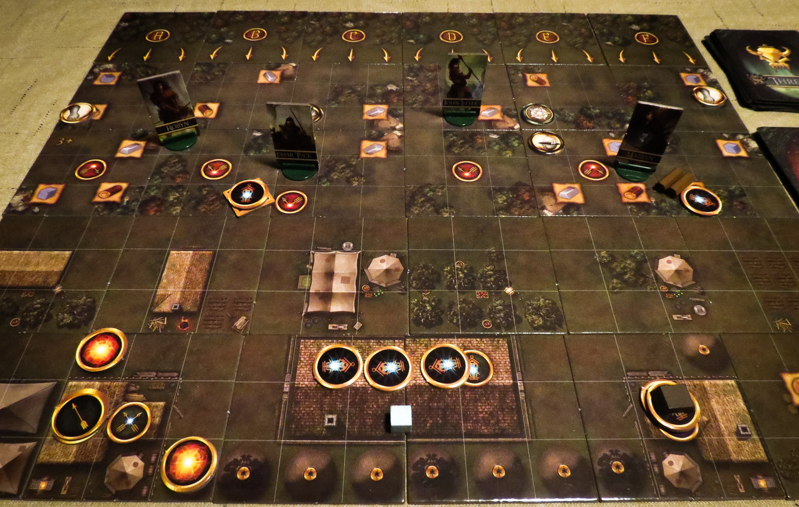 To begin a game of Sherwood’s Legacy, you’ll set up the tiles in a certain way based on the number of players. Everyone will get a character sheet, which tells you the starting item you’ll have and the special ability you’ll be able to use throughout the game.

On your turn, you’ll be able to move up to four spaces and use up to three actions. Your actions include fighting enemies, moving your villagers, and using the Trading Post to make equipment and build structures.

Fighting enemies is extremely simple to understand. If you have a weapon, you look at its range and you use an action to either wound or kill the enemy. The downside to killing a lot of enemies is that it causes your bounty to go up, making certain actions a bit more difficult. 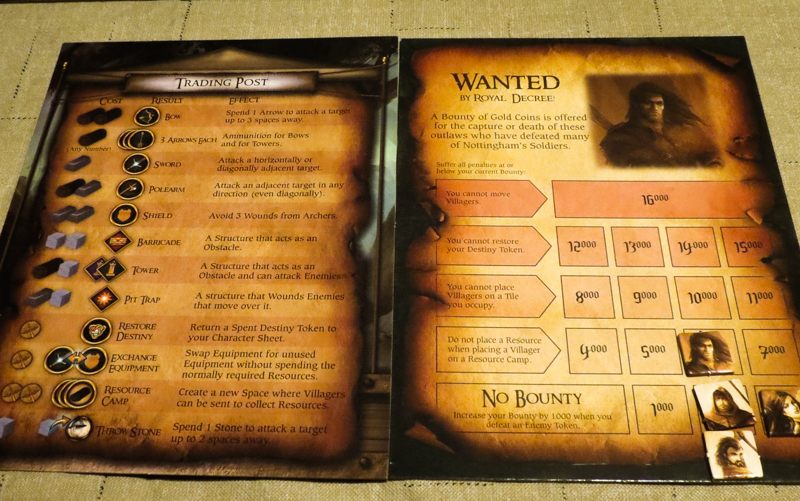 You’ll be moving villagers around to add resources to the Town Hall and to man the watchtowers you can build throughout the game. There are resource camps all over the forest that contain wood, metal, gold, and stone. Those resources can be collected by the villagers and can be used to build multiple items that can help your team.

Once everyone has taken a turn, the Threat Phase takes place. The first thing you’ll do is draw a card to see where the new enemies are going to spawn. After that, all of the enemies on the board will move and possibly attack. There are four types of enemies: witches, archers, footsoldiers, and knights. Each enemy type has a specific movement speed and objective.

At the end of each round, you’ll add a resource to all camps that currently have a villager on them. Then you’ll light a Flame of Hope, which tells you how many rounds you’ve played. During the third, sixth, and ninth rounds, a Doom Card is flipped, making the rest of the game a bit more difficult.

If you’re able to make it through 10 rounds, the Sheriff of Nottingham shows up. If you can defeat him, everyone wins! You’ll lose the game if the enemies are able to retire half of the characters, kill three of the villagers, or if they raze three village tiles. 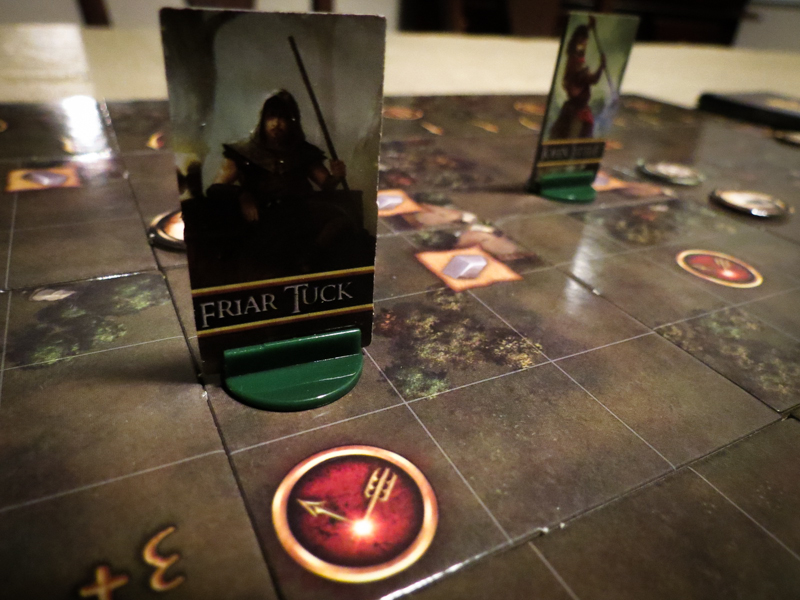 Check out Sherwood’s Legacy at Amazon

I’d put Sherwood’s Legacy in the “try before you buy” category. It’s certainly not a bad game, but it doesn’t stand out from the bunch and it’s not nearly as thematic as I had hoped. That being said, it’s the only cooperative Robin Hood board game out there right now, so I do give the designers credit for making a game with this fantastic theme.

I’m definitely a bigger fan of Albion’s Legacy at this point, but most of the people in my group did have a pretty good time playing Sherwood’s Legacy and we’re all looking forward to playing Neverland’s Legacy (review coming soon)!

Thanks for taking the time to read our Sherwood’s Legacy review! To stay updated on all things cooperative board games, follow us on Twitter, Facebook, or via RSS.