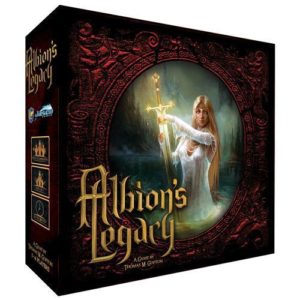 What is Albion’s Legacy?

Albion’s Legacy is a cooperative Arthurian adventure game designed by Thomas M. Gofton, Aron Murch, and Cameron Parkinson, and published by Lynnvander Productions and Jasco Games. In this game, you and up to three other people play as these classic characters (King Arthur, Merlin, Lancelot, etc.) and are attempting to complete quests in and around Camelot. 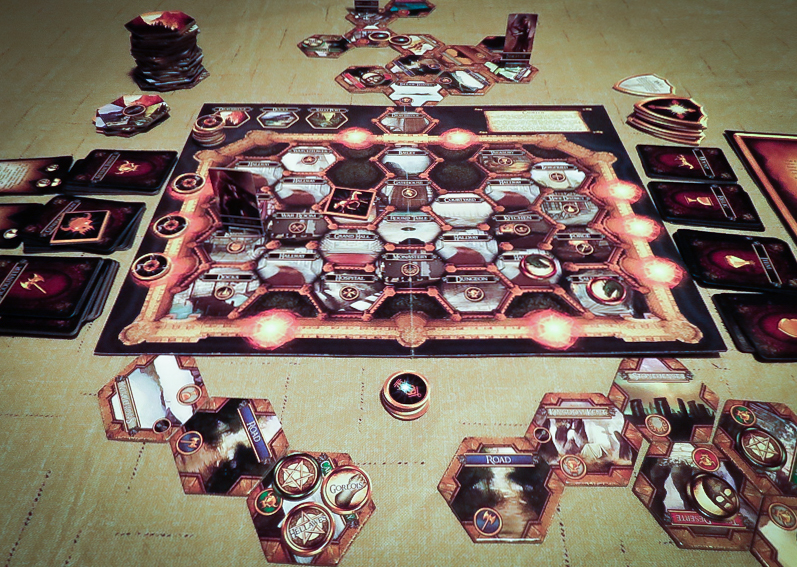 This is going to be a very simplified overview of Albion’s Legacy. If you want to see all of the rules, check out the official rulebook at BGG.

At the beginning of the game, you’ll set up the board and choose one of the three Story Quests. You’ll then choose King Arthur and/or his allies to be your characters, each of which has their own set of attributes and special abilities.

Each round one player will be given the Key-Turn token, which means they will be taking two turns during that round. After the first player has taken their second turn, the Key-Turn takes place, activating the enemies that are currently on the board. 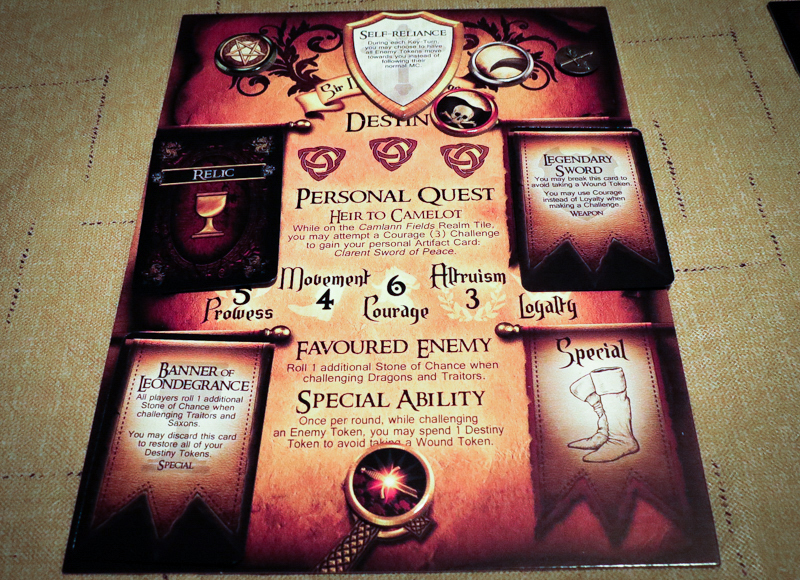 Throughout the game you’re going to be moving, scouting (flipping new tiles/expanding the board), challenging enemies, attempting other challenges, using items, and activating tiles you’re on. What you’re trying to do is build up your character as you attempt to complete the Story Quest’s objectives and collect Quest Coins.

You can add different Inventory Cards and Virtue Plaques to your character sheet throughout the game by visiting specific tiles. The cards, which give you temporary or permanent buffs, are weapons, armor, relics, and mounts. The Virtue Plaques give you new unique abilities. 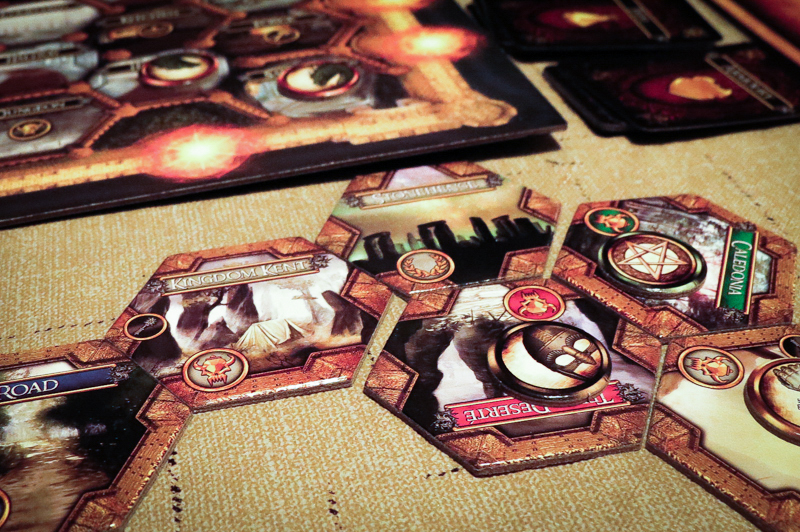 When you challenge enemies or try to complete other types of challenges, you’re going to be rolling dice based on your attribute level for a particular skill. For example, if an enemy requires you to use your Prowess skill, you will check the number under that attribute on your character sheet and roll that many dice. You’ll then have to meet or exceed the number of successes shown for that challenge.

Everyone is working together in this game, but each character also has his or her own Personal Quest. These quests tell you which tile your character needs to get to during the game to find their own unique artifact. 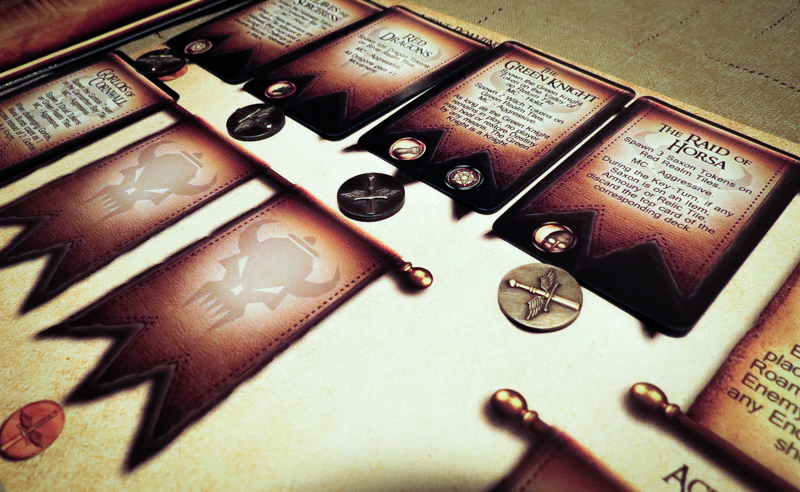 Check out Albion’s Legacy at Amazon

If you’re into Arthurian lore, you’re probably going to want to give Albion’s Legacy a shot. It’s possibly the best Arthurian board game on the market as far as bringing those stories to the forefront goes. Even if you don’t know the stories (like me!), you’ll want to at least think about getting this game if you like thematic, adventure board games and don’t mind a lot of dice chuckin’.

Gamers who are not fans of dice rolling games should probably avoid this one. You’ll probably also want to avoid it if you don’t like RPGs because it kind of has that feel to it, too.

Considering Albion’s Legacy was the first game designed by the Lynnvander team, I’m really impressed with this one. Sure, it has its issues, but most of the people I’ve played it with have had a blast working towards those team and personal quests. It doesn’t necessarily bring anything new to the table mechanically, but the whole package makes for a unique experience.

I personally can’t wait to play the other games in this series (reviews coming soon) because I’m assuming they’ll be as enjoyable as this one and I’m a bit more into those themes (Robin Hood and Peter Pan).

Thanks for taking the time to read our Albion’s Legacy review! To stay updated on all things cooperative board games, follow us on Twitter, Facebook, or via RSS.