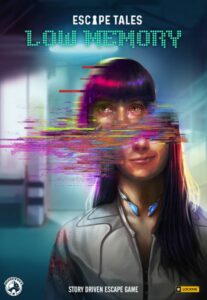 This Escape Tales: Low Memory review was made after playing through the three stories in the box. We were sent a copy of this game by the publisher in exchange for an honest review.

What is Escape Tales: Low Memory?

Escape Tales: Low Memory is a cooperative, story-driven, escape room game. It was designed by Jakub Caban and Bartosz Idzikowski, and it’s published by Board&Dice. This is the second game in the Escape Tales series after The Awakening. 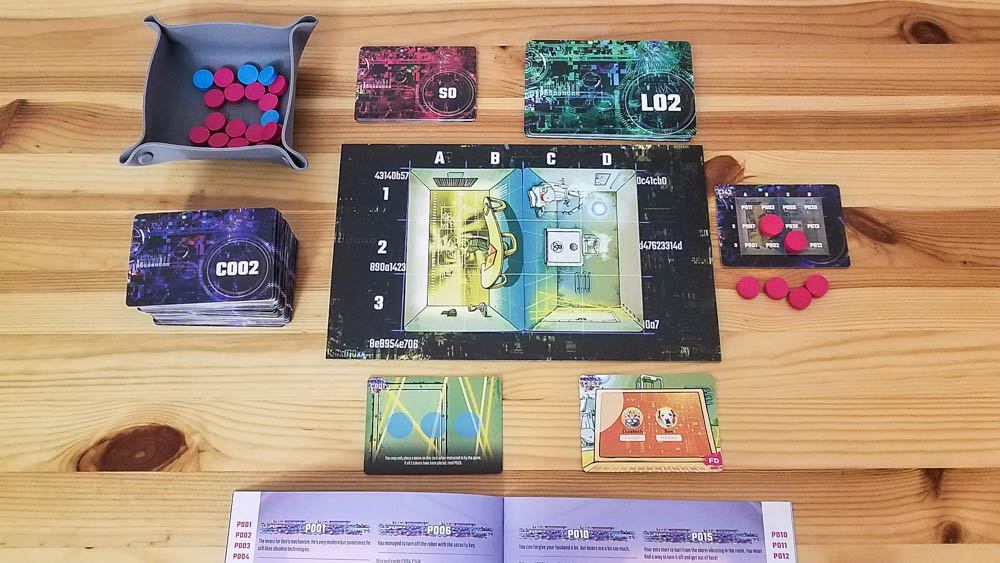 I’m not going to go into spoiler territory, but I can say that Escape Tales: Low Memory takes place in 2060 and that you begin the game as Elizabeth, a researcher who is having a hard time remembering anything from the past 24 hours.

Escape Tales: Low Memory uses basically all of the same mechanics found in Escape Tales: The Awakening. The one big difference here is that you play through three separate-but-connected stories.

After reading the introduction to the story you’re playing, the general flow of the game is:

Any time you run out of action tokens and you need to use one, you draw and read a Stress card, which will sometimes force you to lose important Story cards. Story cards are the only cards that you keep between games as they can change how the stories play out.

Just like in The Awakening, you can’t “lose” a game of Low Memory, but the choices you make will influence the endings you’ll get for the three stories.

To sum up, I think Escape Tales: Low Memory has some excellent puzzles and the app works perfectly, but I think its story is just okay. In my opinion, The Awakening has a much better story while Low Memory has the better puzzles.

If you love escape room games and don’t mind challenging puzzles, I recommend giving Escape Tales: Low Memory a play. The truth is that you could also end up enjoying the story; plus, chances are it will play out differently than ours did since you’ll choose different paths. I think it’s probably best as a two-player game because you only work on one puzzle at a time, but it could also work with three or four since the puzzles are so tough.

I’m still a huge fan of this system and I’ll definitely be checking out anything else that the designers make for it.

Thanks for taking the time to read our Escape Tales: Low Memory review! To stay updated on all things cooperative board games, follow us on Twitter, Facebook, or via RSS.