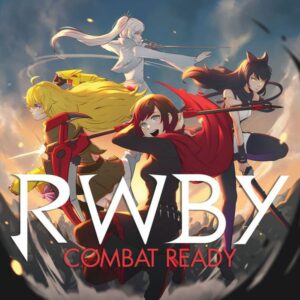 This RWBY: Combat Ready review was made after playing the game eight times (eight scenarios). We were sent a copy of this game by the publisher in exchange for an honest review.

What is RWBY: Combat Ready?

RWBY: Combat Ready is a cooperative fighting game based on the popular animated web series. In this game you play through scenarios by squaring off against villains in a series of duels. You can play the game as a one-off scenario against a single villain or you can string three scenarios together in a campaign.

RWBY: Combat Ready was designed by Bryan Pope and Benjamin Pope, and it is co-published by Arcane Wonders and Rooster Teeth Games. 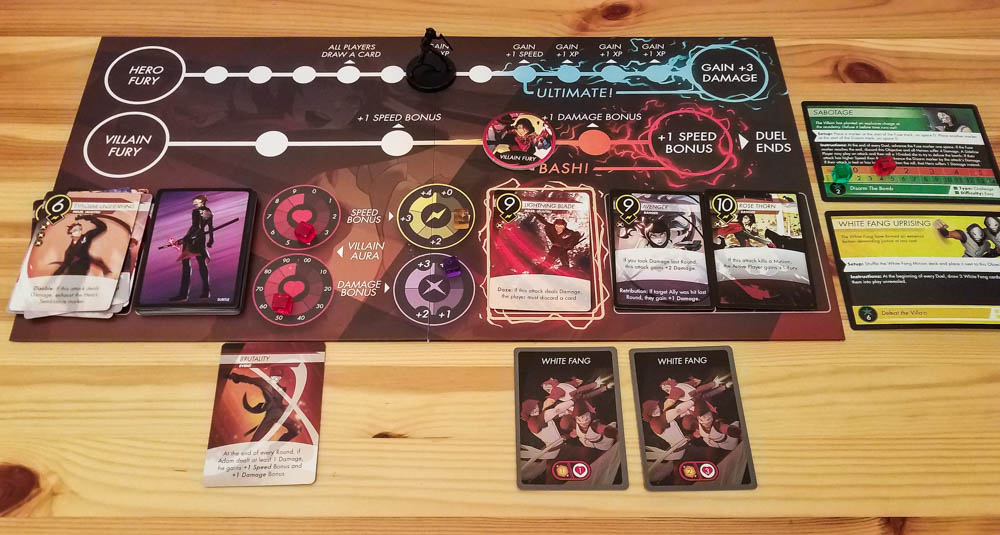 In each RWBY: Combat Ready scenario, you’ll be playing through a series of duels against one of the three villains. The duels are played in a series of rounds in which one hero squares off against the villain while the other heroes (Sideline Players) get to assist in the duel. Once the duel has ended, a new hero becomes the active hero and another duel begins. This continues until either all of the heroes have been defeated or the villain has been defeated.

The three stats that matter for all characters in RWBY: Combat Ready are Speed, Damage, and Aura (health). During every round of a duel, you’ll be comparing the speed of your attacks (plus modifiers) to the speed of whoever you’re fighting and the highest speed wins that round. Whoever wins the duel deals their damage to whoever they’re fighting. Whenever a hero or enemy’s Aura is brought down to zero, they are out of the game.

Every hero has a unique deck of cards and a unique Semblance ability. At the start of each duel, players get to draw six cards from their decks and have to find a way to use those cards to win the duel. Each card has a Speed number and could also include additional abilities, such as future attack modifiers or an assist ability. The Semblance ability is a powerful ability that in most cases can only be activated once per duel.

The active hero is always fighting the villain, but the Sideline Players have four options to choose from. They can Rest to heal one Aura and draw a card; they can encounter an Objective (more on that later); they can use the assist ability on one of their cards; or they can combine the attack of one of their cards with active hero’s attack. When using a Combo attack, only the lowest Speed number counts.

You get to see what type of stance the villain is in (Subtle, Balanced, or Aggressive) before you take your actions, so you will have an idea about how fast their attack will be before you play your cards. After all of the players have chosen their actions, the villain’s card is revealed and you compare the speeds of the attacks.

The villain also has multiple Event cards. These cards usually making the villain stronger for the remainder of the scenario.

At the end of each round of a duel, the villain moves forward one space on the Fury track and the active hero will move forward one space for each point of damage they dealt. The active hero is trying to get into the Ultimate zone so they can use their Ultimate ability to win the duel. The villain is trying to get into their Bash zone as any attack that deals damage thereafter will win them the duel. The villain can also win the duel if they make it past the end of their track, but in that situation the active hero’s Ultimate ability activates (if they’re in the zone) and they win the duel.

You’ll also be dealing with one or more Objectives during each scenario. The Objectives change up the game in multiple ways, such as adding in minions you’ll need to deal with or giving you a bomb you need to diffuse.

And that’s about it. You’re trying to race the villain up that Fury track so you can deal your Ultimate finishing move to them before they bash you. Ideally you’ll get into the “Gain +3 Damage” zone to do maximum damage to them before the duel ends, but what really matters is that you keep your health up while chipping away at the villain’s.

For more info on how to play RWBY: Combat Ready, check out the rulebook and the scenario book over at BGG. 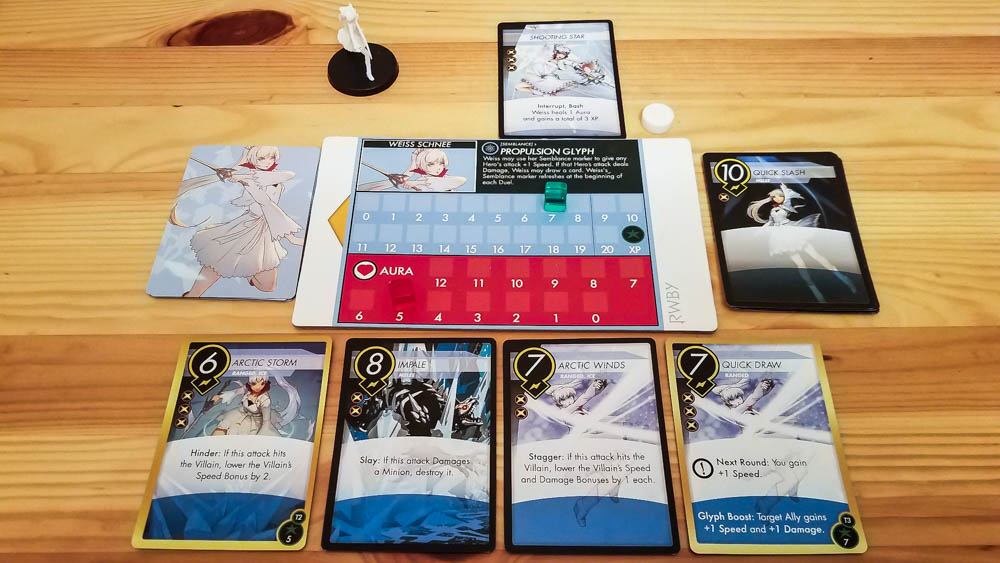 I’d recommend RWBY: Combat Ready to two groups of people: fans of the RWBY animated series and fans of fighting games. Fans of the series will definitely get the most out of this game because they’ll recognize the characters and their different types of attacks, making it easier to “see” the action.

If you do end up getting the game, I highly recommend looking through the villains’ cards (especially Adam’s) before you start playing. Once my group did that, we had a much better time because we knew the range of speeds each attack could have. It just felt too random before we did that.

On the overall, my group has had a good time playing RWBY: Combat Ready. All of the heroes feel unique, the artwork is great, upgrading is fun, and the simple combat system works well. It’s a solid co-op that is different than everything else I own, so it’s a keeper!

Thanks for taking the time to read our RWBY: Combat Ready review! To stay updated on all things cooperative board games, follow us on Twitter, Facebook, or via RSS.