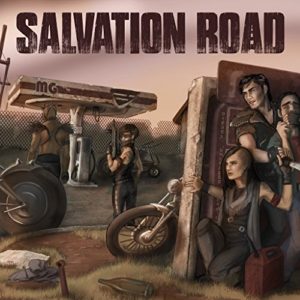 This Salvation Road review is based on ~10 plays.

What is Salvation Road?

Salvation Road takes place in a post-apocalyptic wasteland where you and your fellow survivors are trying to make it out of your compound and be welcomed at Salvation, the safest settlement in the area. You’ll have to work together to fight off the local marauders while also gathering enough resources to complete the journey. 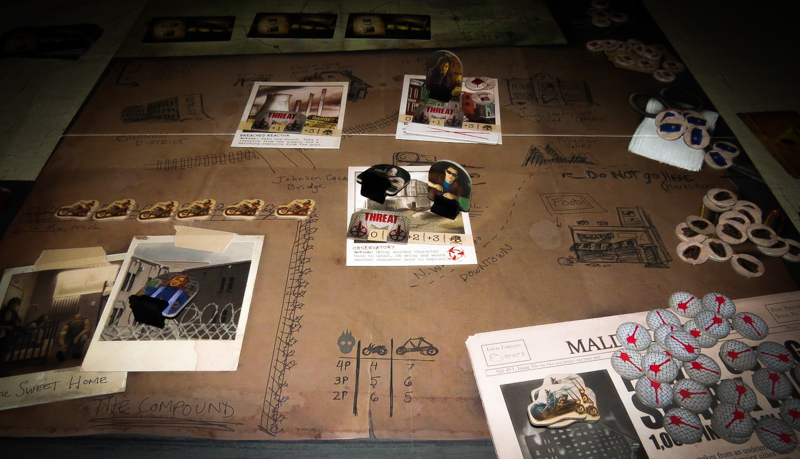 This Salvation Road gameplay overview covers the 1-4 player co-op game, but there are a bunch of variants and scenarios in the rulebook that can change some of these rules.

Each player gets two characters to use, a hero and a survivor. The heroes have abilities that help the team, while the survivors can slow everyone down. Most of the characters take two actions each turn.

Throughout the game, you’ll be moving from location to location, picking up different resources and trying to get them back to the truck (located at your compound). Your basic actions include searching locations, gathering resources, fighting off marauders, and transferring resources to other characters or to your truck. 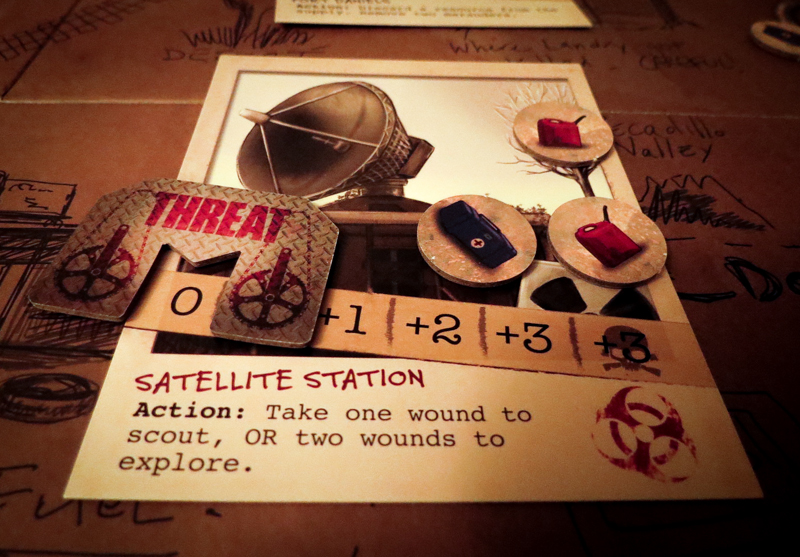 Each location on the board has its own ability that you can use once per round. One of those locations, called the “Recon Location,” allows you to scout and explore the Road Cards, which tell you how many of each resource will be required on your way to Salvation.

The last phase is called the Refresh phase, which is when you either get ready for a new round or when you choose to start your journey towards Salvation. If you decide to begin the journey, you will need to pay the resources shown on each Road Card along the way. If you’re able to pay for all of those resources (with the resources from the truck) and pay for the final resources required once you reach Salvation, everyone wins!

That’s just a brief overview of how the game plays. If you want to learn more, check out the official Salvation Road rulebook (PDF). 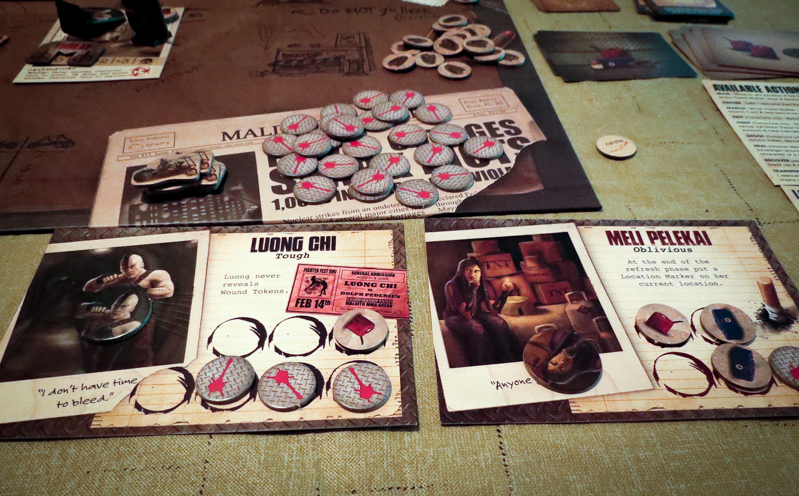 Check out Salvation Road at Amazon

I’m really surprised that Salvation Road isn’t a more popular game. We’ve had a blast playing this one every time it’s hit the table and we usually play at least two games back-to-back. The theme is perfectly implemented and each game plays out differently, so plenty of people will get a kick out of this one. Yes, it’s kind of like a streamlined version of Dead of Winter, but we actually like that about it and are happy to own and play both.

If you’re looking for a very challenging co-op, you should give Salvation Road a try. If you like the post-apocalyptic theme, definitely check this one out. The only people I wouldn’t recommend this to are those who have people in their group who like to take over when playing cooperative tabletop games.

Thanks for taking the time to read our Salvation Road review! To stay updated on all things cooperative board games, follow us on Twitter, Facebook, or via RSS.