Skip to content
Co-op Board GamesReviewsWonder Woman: Challenge of the Amazons Review 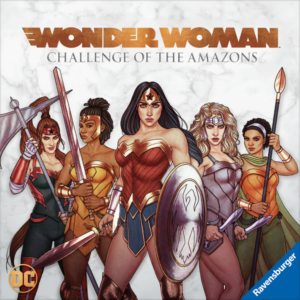 This Wonder Woman: Challenge of the Amazons review was made after playing the game four times.

What is Wonder Woman: Challenge of the Amazons?

Wonder Woman: Challenge of the Amazons is a cooperative game based on the Wonder Woman comics. Each player controls an Amazon and your goal is to protect the island of Themyscira and ultimately defeat the villain.

Wonder Woman: Challenge of the Amazons was designed by Prospero Hall and is published by Ravensburger. 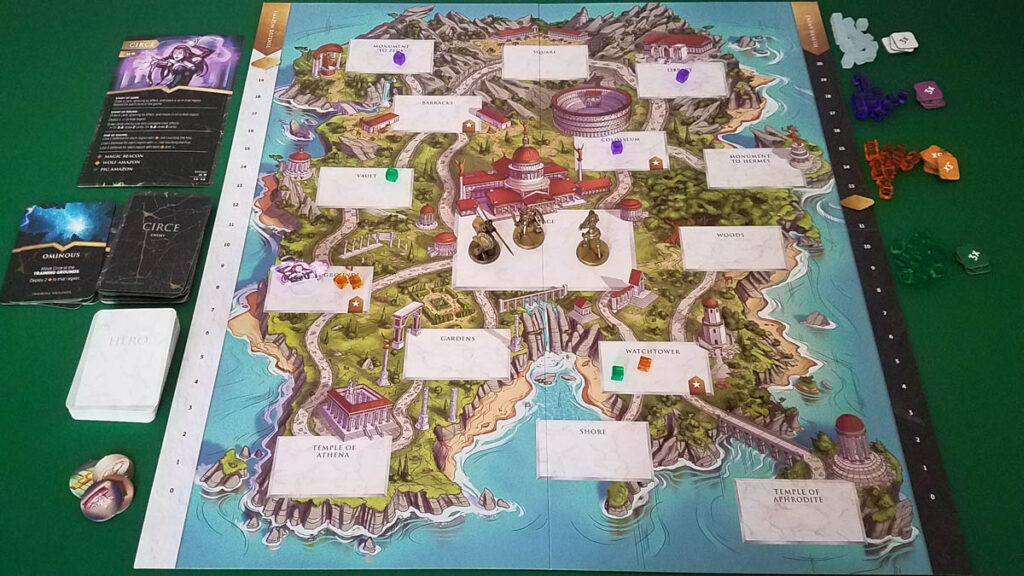 To begin a game of Wonder Woman: Challenge of the Amazons, you’ll choose one of the three villains to face (Ares, Cheetah, or Circe) and everyone gets to play as one of the five heroes. Each villain has their own rules, their own deck of cards, and each has different types of obstacles that you’ll need to deal with. Regardless of who you’re facing, your goal is to bring the villain’s health down to zero.

Each round has five phases:

Start of Round – The villain moves and you’ll draw cards to see what obstacles are placed around the island.

Strategize Together – Each player is dealt two Hero cards face-up and three cards face-down. With the limited information you have, you can talk to your teammates about your plans for the round, such as removing/moving obstacles, recruiting warriors, and attacking the villain. This is also when you can use your hero’s special power.

Battle Begins – You can’t talk to your teammates during this phase. You pick up the rest of your cards, choose the three cards that you want to play, and place them face-down in the slots on your Hero Mat. So, you could end up sticking with the plan you made with your teammates last phase, or you might end up having to or wanting to alter your plan. 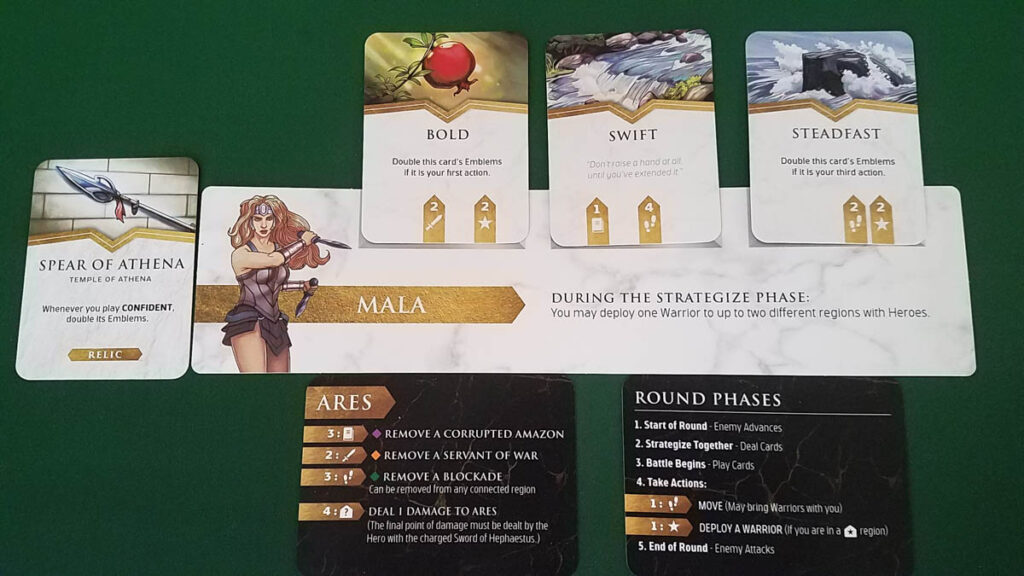 Take Actions – Everyone reveals one card at a time, performing Action 1 in any order, then Action 2, then Action 3. Each card has action symbols with values above them, and some cards also have additional abilities that you can use. When you’re taking an action, you choose one of the symbols on your card and you do that action. If there are any warriors (white cubes) in your space, you can use them to boost your special actions (dealing with obstacles and fighting the villain). You can choose to team up with other heroes in your space when performing special actions, which allows you to combine that action’s values together. You can also gain relics during the game that can boost some of your actions.

End of Round – This is when the villain attacks. The obstacles still on the board will reduce the island’s defenses in multiple ways.

You’ll win the game by defeating the villain. You’ll lose if the island’s defenses are reduced to zero. 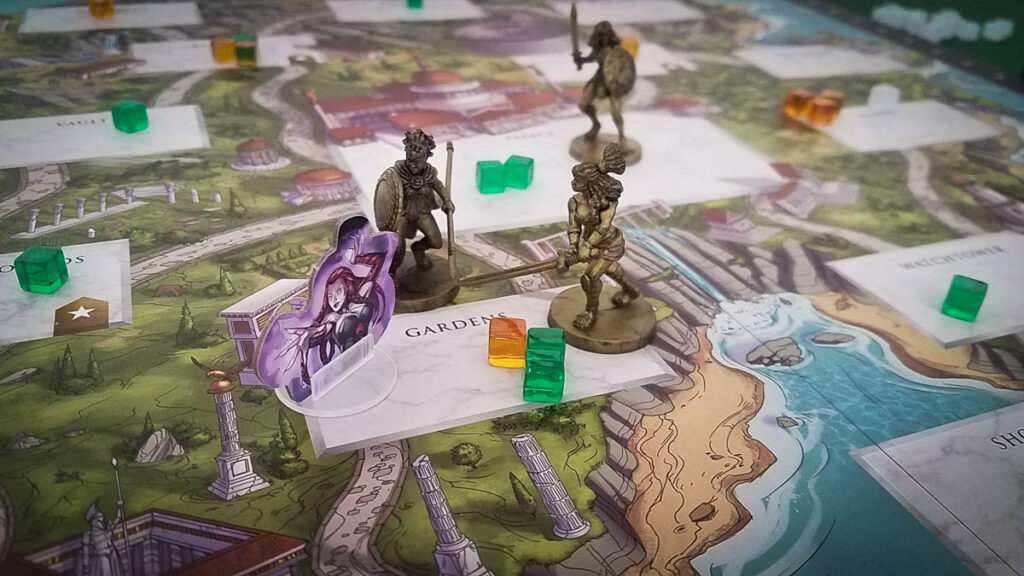 Wonder Woman: Challenge of the Amazons is the third cooperative game from Prospero Hall that I’ve played after Choose Your Own Adventure: House of Danger and Horrified, and it is definitely my favorite of the three. It’s a great-looking game, it’s challenging, it requires a good amount of cooperation, the limited communication aspect is really cool, and the three villain scenarios give you different types of puzzles to solve. I do have some issues with it, but I enjoyed all four of the games I played (two three-player games and two four-player games).

With that being said, I’ll probably play Wonder Woman a couple more times and then pass it on to someone else. To me, it’s a solid 7 out of 10, but I only have so much room on my shelf for light cooperative games and I have quite a few co-ops of this weight that I rate higher. So, it’s not a keeper, but I do like it.

If you mostly play lighter cooperative games and/or you’re a huge Wonder Woman fan, I’d absolutely recommend this game to you. I also think this would be a great one to get if you’re looking for a gateway game to play with a Wonder Woman fan.

Thanks for taking the time to read our Wonder Woman: Challenge of the Amazons review! To stay updated on all things cooperative board games, follow us on Twitter, Facebook, or via RSS.

Scooby-Doo: Escape from the Haunted Mansion Review
Back to the Future: Back in Time Review
Arkham Horror: The Card Game Review
Dungeon Fighter Board Game Review
Follow us: