This Star Trek Panic review was made after playing the game five times.

What is Star Trek Panic?

Star Trek Panic is a cooperative strategy game designed by Justin De Witt in which players are attempting to protect the U.S.S. Enterprise. You will take on the role of one of the popular Star Trek characters and fly the ship, go on missions, and fight off enemies. 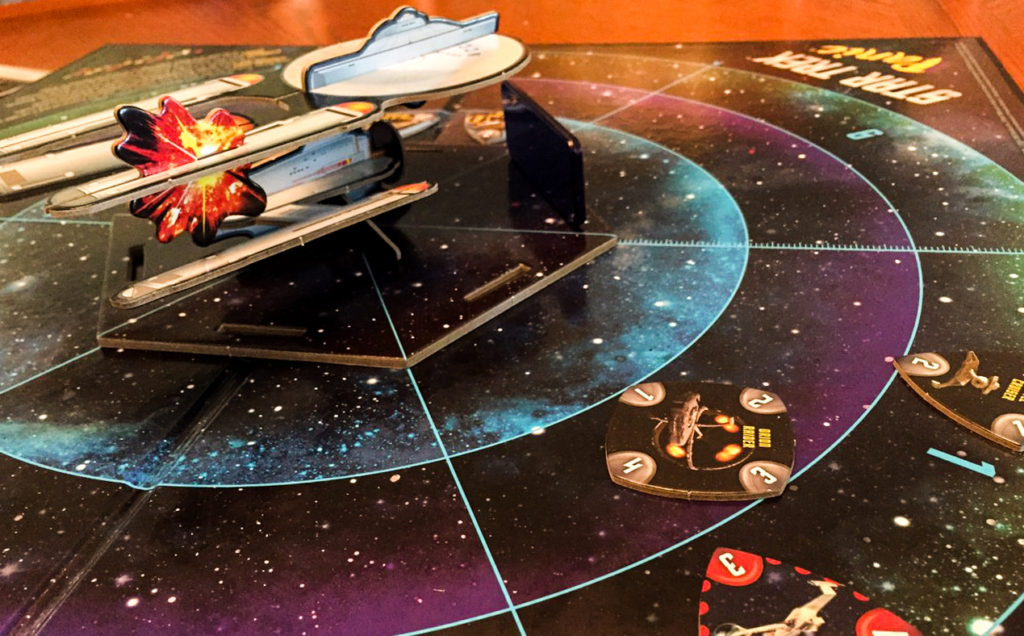 After picking one of the seven characters and drawing cards, your team is ready to begin the game. Throughout Star Trek Panic, you will be using your cards to complete mission objectives and take down incoming enemy ships.

On your turn, you can:

Your goal is to complete five missions, each of which comes with different objectives. Every mission has its own timer, so the team has to work together to both hold off the enemies and fulfill those mission requirements.

After you have taken your turn and have checked the mission status, the enemies will have their turn. First they will move one sector closer to the Enterprise, then they will fire if they are within range. They will first be aiming at any shields in front of them, then they will be able to hit the Enterprise’s hull. Each part of the ship can take two damage before it is destroyed.

If you are unable to complete five missions and keep the enemies from destroying six hull sections, then the whole team loses.

If you want to see a more complete overview of the rules, be sure to check out the official Star Trek Panic rulebook (PDF).

If you like cooperative games and happen to be a Star Trek fan, then you simply have to get Star Trek Panic. If you like the Castle Panic system and want a slightly more challenging game with more mechanics, then chances are you’ll like this one as much as we have.

We’re going to keep Castle Panic on our top family board games list over this one since it is easier to teach, but this is our favorite (base) game in the series right now.

Thanks for taking the time to read our Star Trek Panic review! To stay updated on all things cooperative board games, follow us on Twitter, Facebook, or via RSS.