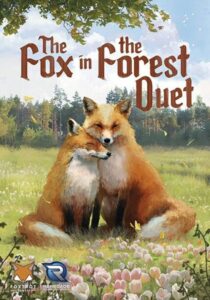 This The Fox in the Forest Duet review was made after playing the game 16 times. We were sent a copy of this game by the publisher in exchange for an honest review.

What is The Fox in the Forest Duet?

The Fox in the Forest Duet is a two-player cooperative trick-taking game co-published by Foxtrot Games and Renegade Game Studios. In this card game you’re attempting to work together to move through the forest and pick up all of the gems without getting lost.

The Fox in the Forest Duet Gameplay 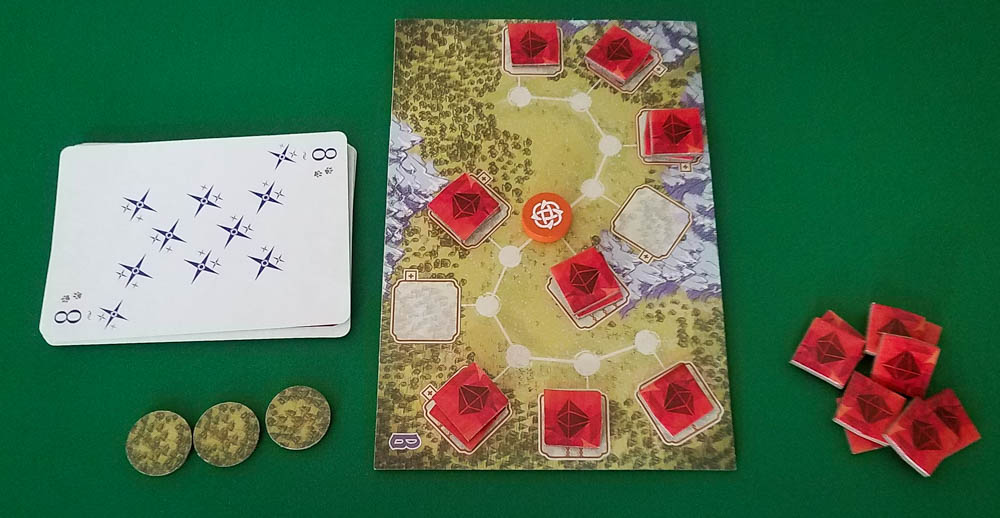 In The Fox in the Forest Duet, you have three rounds to pick up all of the gems in the forest. During each round, both players are dealt 11 cards and one “decree” card is put off to the side, representing the trump suit for the round. There are 11 turns (tricks) in each round, and the Team Tracker token moves along the path towards the winner of each trick.

There are three things to pay attention to on the cards: the suits, the numbers, and the paw prints. There are three suits in the game, 10 numbers (1-10) in each suit, and zero to three paw prints on each card. The paw prints represent how far you’re going to move along the path.

The Team Tracker moves towards the winner of the trick by the number of total paw prints shown on the two cards. If there are any gems next to the space where the Team Tracker lands, you collect one of them. If the Team Tracker would move beyond the path, you have to place a forest token on the last empty space on that end of the path, making the path shorter (that’s a bad thing). 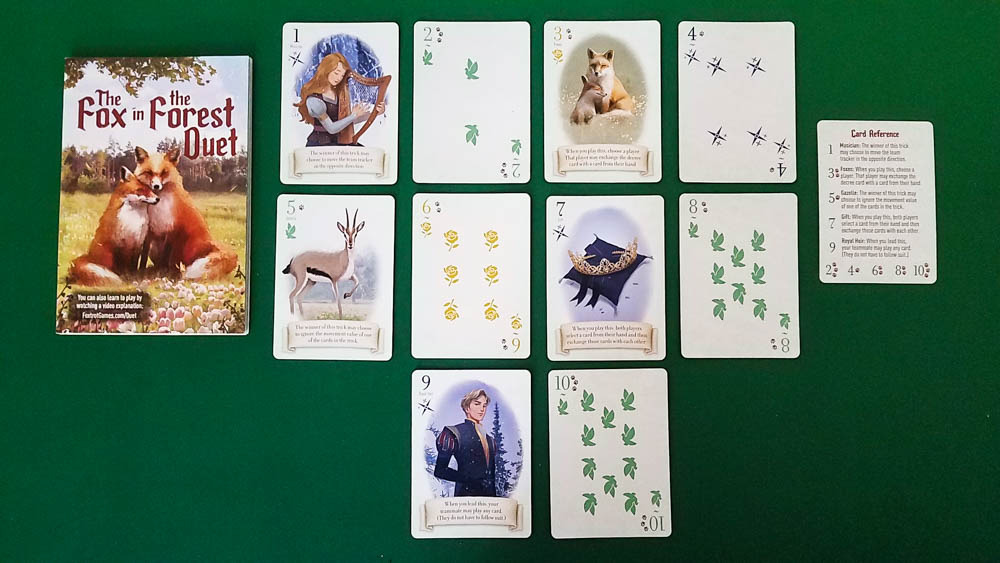 At the end of each round, more gems are added to the board and a forest token is placed on one end of the path. You then shuffle all of the cards and start a new round.

You’ll win if there are ever zero gems remaining in the forest (only possible in the second and third rounds). You’ll lose if you ever have to place a forest token but can’t, or if there are still gem tokens remaining on the board at the end of the third round. If you win, you can record your score by using the chart in the rulebook.

I’ve had a good time playing The Fox in the Forest Duet, but it isn’t going to be a go-to two-player game or filler game for me. Still, I am going to keep it because it’s currently the only cooperative trick-taking game that I own and I know that it works well as a quick gateway game. I’m pretty confident that any non-gamer who also happens to like trick-taking games will get a kick out of this one. So, for those reasons, I’m glad that I now own The Fox in the Forest Duet.

The Fox in the Forest Duet Links

Thanks for taking the time to read our The Fox in the Forest Duet review! To stay updated on all things cooperative board games, follow us on Twitter, Facebook, or via RSS.